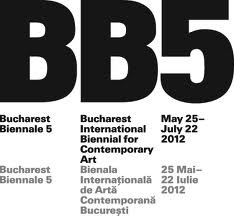 Tactics for the Here and Now
Within the current context of the shifting nature of politics, economics, and culture—conditions that are increasingly referred to as precarious times—artists often have to negotiate risky positions, contested territories, or situations in which cultural activity interacts with, or provides a counterpoint to, conditions of flux. Bucharest Biennale 5 profiles the work of artists whose agency lies less in overt statements, but rather in investigative or indirect strategies that possess their own kind of power.

By its very nature, work that is investigative expresses a kind of resistance to both the speed and changing nature of things and the increasing sense of instability that pervades everyday life. Several projects in the Biennale involve a reworking of specific histories from the civic to the personal, producing a different kind of “knowledge” that is not always about nostalgia or narrative, but is rather a deliberately constructed perspective on the contemporary. For some, the act of researching, uncovering, and presenting things that are below the surface has been aided by the Internet, whereby obscure or otherwise concealed data may be sought out, enabling new combinations of imagery and meaning that are open-ended or associative in nature. Whether relating to symbols of former eras, or personal or collective memories, these images are complex representations of past and present—imaginative “spaces” that are characterized by a degree of uncertainty that make them more challenging to decipher.

For other artists in the Biennale, tactics of subterfuge or infiltration are intrinsic to their practice, allowing them to circumvent or negotiate existing systems that they find questionable or challenging. Their methodology reflects a practice that is evolving, dynamic, and responsive, something that is essential for situations that change quickly or are not yet fully understood. Often using techniques that rely on the art of seduction or manipulation, these works can still contain sharp social or political critique, merging aesthetics and political and cultural commentary in ways that initially mask underlying meanings.

The deployment of such informal approaches is particularly resonant in a city such as Bucharest, where the infrastructure and contexts for artistic practice are in the process of evolution. BB5′s projects take place in non-profit spaces and public venues and sites in the city, and act as statements and overtures of various kinds, from the critically engaged to the playful in nature. While many projects are situated within these venues—which include Pavilion, the Political Research Institute, artist-run space Alert Studio, former factory space Make A Point, the local restaurant Nana, the cinema Union, some magazines and the House of the Free Press—some exist only in the public domain, using existing forms of distribution or presentation outside artistic venues to offer audiences different ways of engaging both with these works and the ideas within the Biennale.

–excerpt from “Tactics for the Here and Now” by Anne Barlow, published in PAVILION #16 – journal for politics and culture, edited for Bucharest Biennale 5