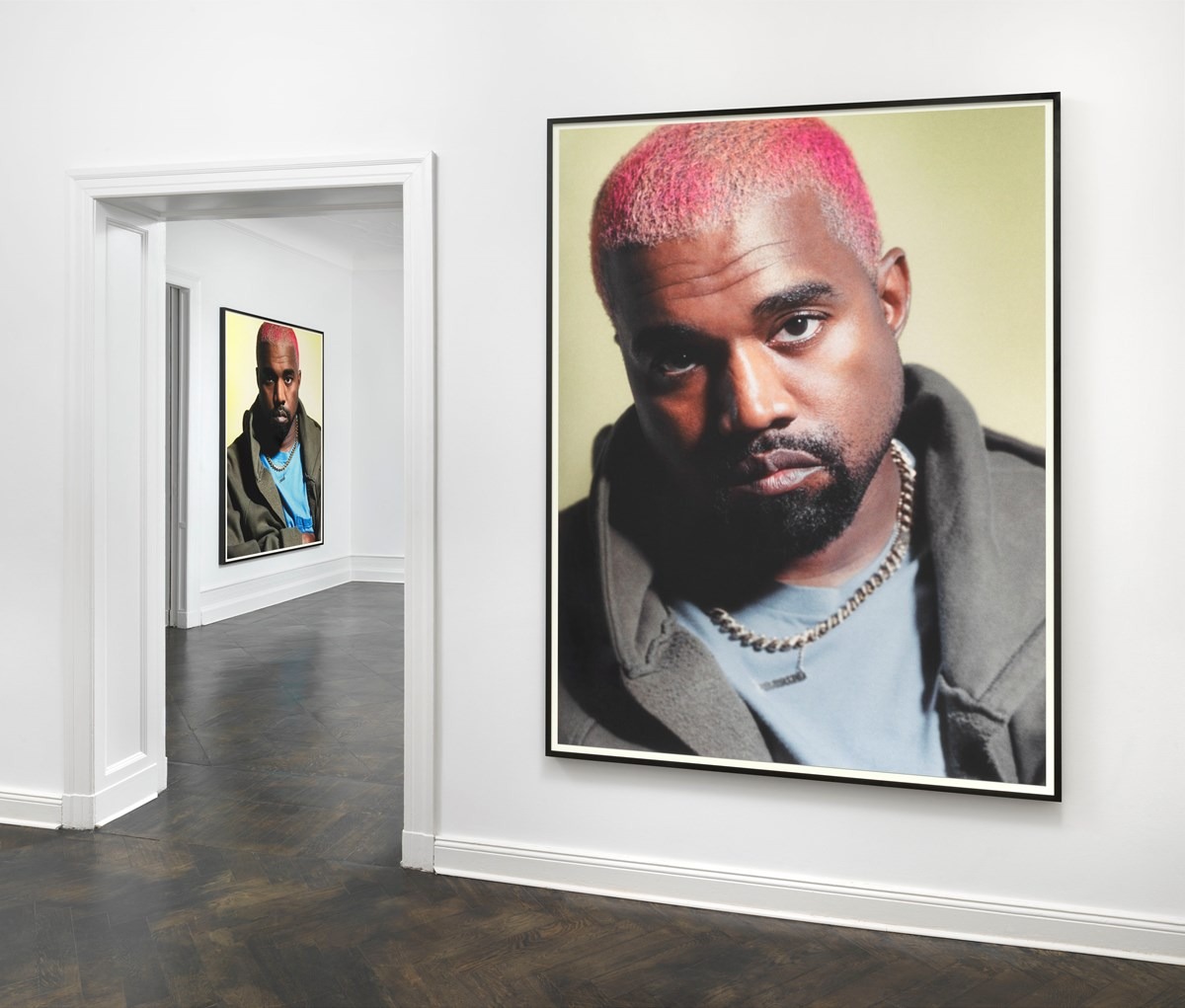 The exhibition features seven portraits of Kanye West, the majority of which were taken in a photo studio in Los Angeles after weeks of accompanying West and his team across multiple places in the United States and Uganda.

In the meantime, West had been invited to the oval office for a much-televised conversation with Donald Trump that sparked an ongoing backlash against him and public skepticism about his mental health.

The discussions on social media and in the press painted a similar picture of West as a mentally unstable artist with a long history of provocative posturing. This time the consensus rallied around the idea that he was abusing his platform as a celebrity and needed to be checked into a hospital.

A bigger billboard version of these Kanye West portraits was shown at Kunsthalle Zürich last November, eliciting responses ranging from “this is a bag of wank” with puking emojis to “this might be the 7 signs of the apocalypse” to “it is just exploitative art”. These types of comments are not very unusual or extraordinary on social media but for me, they seem to confirm the social requirements for moral orthodoxy I had only intuited when I became interested in the figure of Kanye.

Ironically his art has been apolitical for most of his career, and his rare political allusions are impossible to situate clearly on the left/right binary. His disruptive behavior and disregard for convention have been part of his artistic persona for a long time.