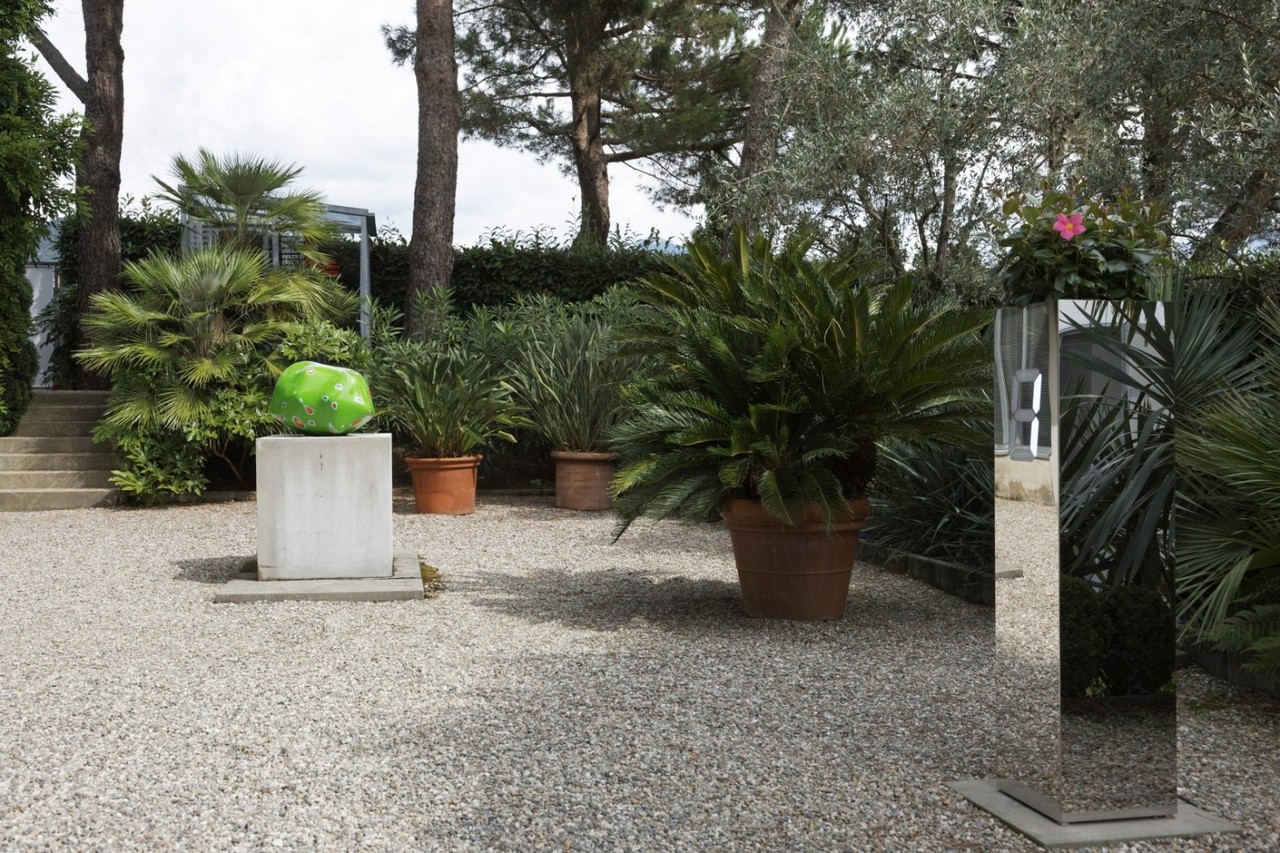 Giving flowers is a gesture that often symbolizes thanks, and so on this occasion, the Buchmann Galerie wishes to make a ‘gift’ of flowers, in the figurative sense, to its visitors. All of the works revolve around the theme of flowers; sculptures, photographs, watercolours and installations have been created expressly for this exhibition. Taking inspiration from the multiplicity and diversity of the world of flowers, the works inside and outside the gallery space complement each other in a kaleidoscope of different colours, forms and dimensions. Each artist’s sensibility and aesthetics are put to work to reinterpret the relationship between art and nature in his or her own way.

In some of the works, the ephemeral life of the flower escapes transience by being transformed into sculpture in continuous, perpetual mutation – not subject to changes dictated by the weather or the seasons. Instead, at times the presence of flowers materializes in their absence, where what comes out is the primary product at the base of life itself: pollen. Or a sculptural installation offers a poetical re-reading that transcends the simple concept of the flower by putting it into a new context. The fragility and elegance of the flower are the subject of several photographs where the border between paintings and photography is achieved, thanks to the use of light and shade. On the other hand, the carnation, recurrent symbol in sacred art, becomes paper and is made part of another installation created ad hoc for one of the outside spaces at Buchmann Galerie Agra. Finally, artists’ flags fly in the outside space as a result of careful, in-depth reflection on the theme which the exhibition focuses on.

Here at Buchmann Galerie Agra, a wealth of different works created by artists renowned on both the international and local levels are brought together, giving visitors a special occasion to see in a single exhibition with a singular theme the works of artists with whom the Buchmann Galerie has worked for many years. Thus, this is in invitation to venture down this promenade amidst multifarious works of art and be amazed by their variety and vivaciousness.
www.buchmanngalerie.com