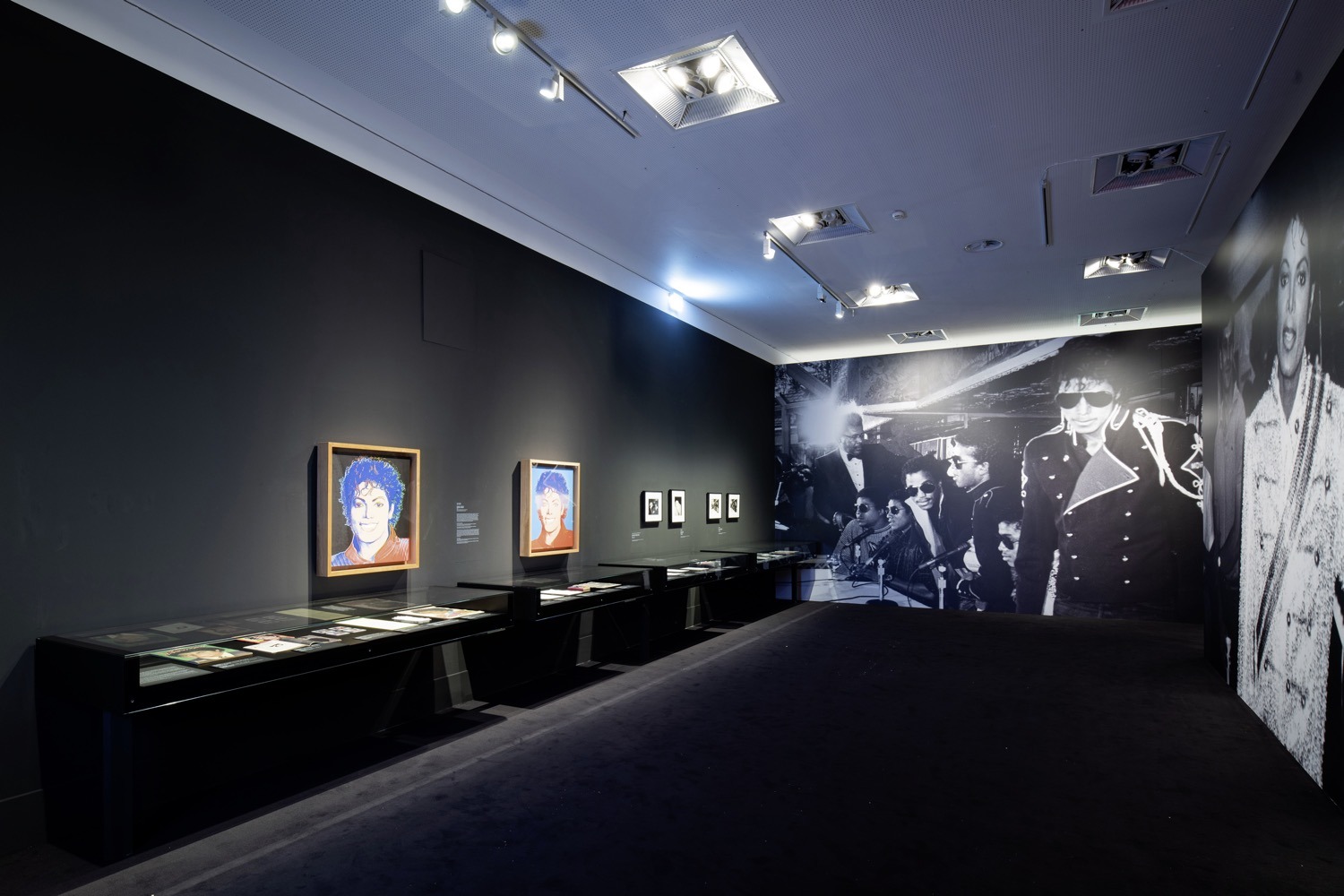 Michael Jackson is one of the most influential artists to have come out of the 20th century, and his legacy continues to make itself felt in the 21st. While his significance in all areas of popular culture – music, music video, dance, choreography and fashion – is widely acknowledged, his considerable influence on contemporary art is still a largely untold story. But since 1982, when Andy Warhol first used his image, contemporary artists have turned Michael Jackson into one of the most depicted figures of the media world.

The exhibition explores Michael Jackson’s influence on contemporary art. It features several generations of artists across all media. Drawing on public and private collections all over the world, the exhibition brings together works by more than forty artists, among them new works made especially for the exhibition. The singular creative potential of the iconic figure that was Michael Jackson not only gave rise to a multifaceted artistic response, it touches on the ambivalence of his personality and the issues associated with him: Gender discourse and sexuality, cultural identity and appropriation are just a few of the questions that many artists seek to address in their engagement with the celebrated musician and pop star.

Bringing together renowned established artists and younger ones whose work is less well known (at least in Europe), the exhibition presents works by Rita Ackerman, Dara Birnbaum, Candice Breitz, Marvin Gaye Chetwynd, Isa Genzken, Kai Guetta, David Hammons, Jonathan Horowitz, Gary Hume, Isaac Julien, David LaChapelle , Louise Lawler, Klara Liden, Dawn Mellor, Catherine Opie, Yan Pei Ming, Grayson Perry, Paul Pfeiffer, Faith Ringgold, Kehinde Wiley, Jordan Wolfson, Andy Warhol and many others. Some of the works shown are marked by an ambiguity and ambivalence that could not be more apposite. A case in point is not only the work by Jordan Wolfson but also the pieces by Paul McCarthy and Pamela Rosenkranz which were not shown in London and Paris.

A decade after his death – Michael Jackson would have turned 60 in August 2018 – his legacy is as alive as ever, and his overall worldwide record sales exceed the one-billion threshold. His music videos are still being watched and his worldwide fanbase is still going strong. The social and cultural phenomenon Michael Jackson is as relevant today as it was during his lifetime.

Rein Wolfs, the director of the Bundeskunsthalle stressed: “Michael Jackson is a key figure in pop music of the last 50 years. There are very few musicians who have attained a similarly iconic status. His enormous influence also made itself felt in the visual arts, and we want to show the enormous reach of his cultural impact. Michael Jackson: On the Wall is an art exhibition. It does not seek to shed light on Michael Jackson’s biography, nor does it deal with his work. Instead, it probes the impact of the ‘Michael Jackson phenomenon’ on the visual arts.”

Dr Nicholas Cullinan, the exhibition curator and director of the National Portrait Gallery, London said: “Michael Jackson: On the Wall takes an entirely new and quite radical approach by exploring the cultural impact of a unique figure through contemporary art. All the artists included – despite coming from different generations and parts of the world, and employing a range of media – are fascinated by what Jackson represented and what he invented. The exhibition will open up new avenues for thinking about art and identity, encourage new dialogues between artists and invite audiences interested in popular culture and music to engage with contemporary art.”