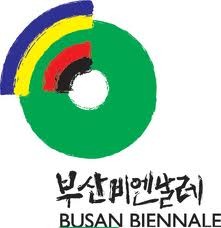 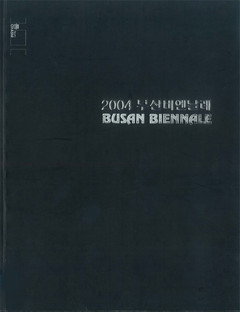 There was a conversion of concept that the Busan Biennale should be a place for realizing the cultural democracy when the chasm became the theme for the exhibition.
Then it is required to recall the cultural politics with excluding the point of scale which has dominated the precedent exhibition, so these requirements must be fulfilled by the very theme of this exhibition.
The precedent themes of exhibition had two problems. First, as a theme of exhibition, it was just the empty echo which was failed to get the meaning of relationship by penetrating to the exhibition itself. Second, the precedent one was a large-scaled and gigantic rhetoric most of the time. This kind of obsession came from misunderstanding which the Biennale is the grand high class of art. But in the Busan Biennale 2004 refuses to be a sacred opportunity which the high class of art gives the tremendous spectacles as a private produce of art, to the ordinary audiences.
The Busan Biennale 2004 wants to be a place for the art to have the culture political point of view. It means that the Busan Biennale 2004 can be a strategic opportunity as a public produce of culture, for cultural reviewing by visualizing the cultural and political factors in Busan or Asia. And it means that the theme must penetrate to the content of exhibition and reconcile with it not just rhetorical description. Also it is necessary to find the theme which is small but effective to our everyday life not the large-scale of theme which shows power of patriarch and orders in the traditional family.
Even though the gigantic theme which dominates and compels the respect from the people may seem to tolerate everyone, in fact, it excludes and suppresses the truth and finally it makes people as others to the art. The gigantic theme makes us paralysed like a hammer hitting our head and interferes with the advance of our consciousness and it makes us incapable to read meaning of the exhibits. So the chasm, the theme of the Busan Biennale 2004, was chiseled from these concerns. How small the chasm is and also well disappoints the people who get used to the large-scale! But this chasm provokes the fissures of the instability which was latent in our art and its artistic authorism. The chasm is a seed to sprout the cultural democracy which was fallen into the field of oblivion in our cultural sector.

The aim of the theme

The chasm always premises the relation. In this matter, the chasm means not the subject or reality but the certain degree of state between them. This makes the chasm capable to find its place in large scale of exhibition. We can find the value of existence of the Busan Biennale, which performs the cultural politics in 2004, from this relation. In other words, the Busan Biennale 2004 refuses to be an arrogant place which provides the cheap thrill and pleasure by the flood of the florid images.
The art as a chasm and a trauma sets up a political relationship in our everyday life by pushing those florid images. This is what the Busan Biennale 2004 wants to express and it expect the brilliant skills from the artists who provoke astonishment in the art field.
Today's artists are rather a compass indicates unfamiliar direction than the guide to a real life. But the Busan Biennale 2004 will confirm the cultural unity between Busan and Asia continent through its amazement and shock.

Consideration of the meaning of the theme

The chasm is not just the slogan for this exhibition, since it was suggested on the basis that the Busan Biennale 2004 should be considered not as just another international interchange of the contemporary art but as a strategic opportunity to realize the cultural politics and the cultural democracy. There are some irony involved in this concept of the chasm, since it is very fine theme, very poetic rousing and well ventilated by its meaning, so interpretation and communication of the art can be a very various theme whether it's positive or negative. But we have to reconsider these basic theme when we think about the meaning of the chasm. The premise of the cultural politics and cultural democracy requires to set the position of the art differently from as in the past. And this requirement directs the consideration of the theme of this exhibtion to a certain degree of constancy.
The chasm is the very subject of performing the cultural politics to realize cultural democracy. In other words, it is a geo-psychological and geopolitical concept which suggests to shift the art from the high class to a cultural place. As we interpret the meaning of the chasm, we will be very sure where we can find the chasm and the destination of it, which means we will find out how can we accept the meaning of the chasm. The destination of the meaning of chasm is our life and mental trauma.
First, the chasm is in our life. At least the works in the Busan Biennale 2004 shouldn't try to discover the Utopia which is not even existed. The chasm in our life has been suppressed and ignored by the distorted identity and misled values of our everyday life which was derived from our perception of history as an colonized country, compressed economic development, antidemocratic authoritarian regime, the orientalism and attractive spectacle of the capitalism. And these are the chasm that we have in our life. The chasm which brought us to be here may wait for the artist to pay attention. In fact, that's what the artists do today. They move deep into the things that gave us the fear, joy, paradox, pain and cure, though sinked into the chasm of life, expose and visualize them. Today's artists can be the philosopher who gives a cultural comment to a neglected chasm and also the political architect who shows that the space of the chasm constructed politically.
Next, it is relegated to the darkness of the consciousness which was failed to remain in our memory and conscious like the symptoms we wait for the diagnosis even though we've already experienced it, and like the mental trauma which shows the real life to us momentary and partially but repeatedly.
In this point of view, the meaning of chasm can be extended to a brutal experience which many of Asian countries suffered before. The artists who participate in the Busan Biennale 2004 will recall this historical trauma into the reality and make us realize by visualizing it and awake to a political perception. The artists who recall the historical trauma will realize the post colonialism on the visual basis.