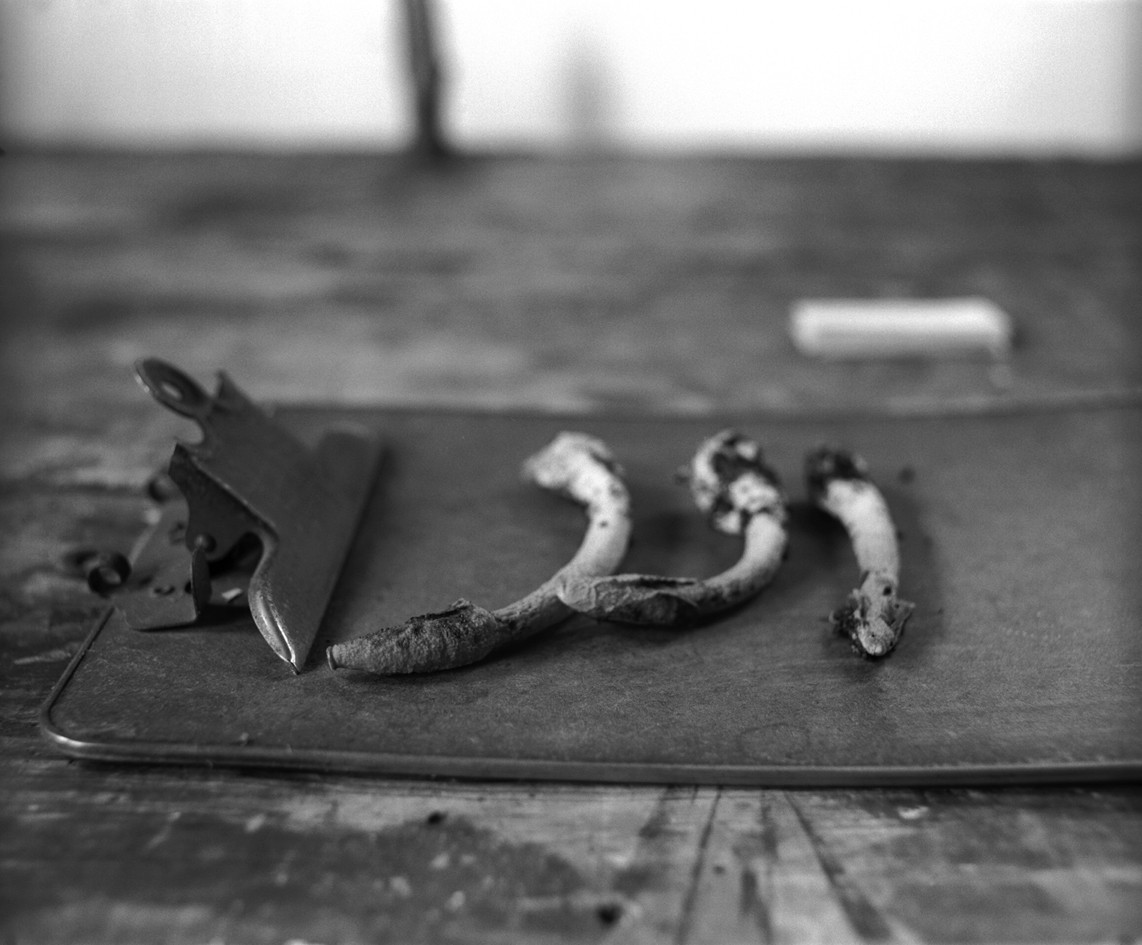 The show features an early black and white photographic body of work. Created in 2008 during an artist residency in Nebraska, the series is now being shown for the very first time. While Azoulay originally journeyed to the residency, known as the Art Farm, for Nebraska’s flat landscapes, she quickly became fascinated with the farm’s owner, as well as the objects he collected from dilapidated houses, completely destroyed by hurricanes. She began taking medium format photographs of objects taken from the neglected homes, carefully arranging the objects on tables.

Nebraska: Unknown Aspects is a milestone in Azoulay's work, as it marks the beginning of her curiosity and investigation of specific sites through objects.