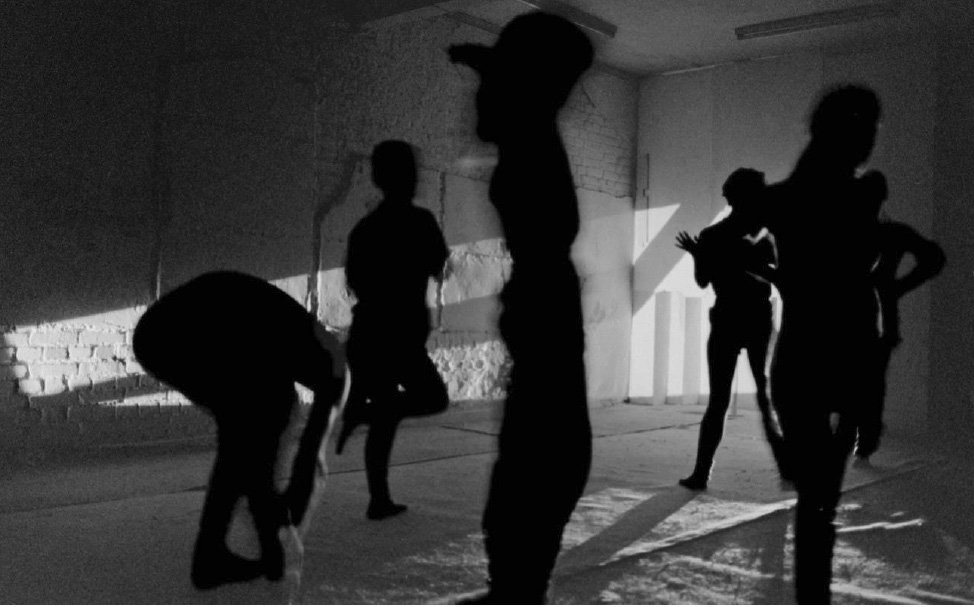 Espacio P was founded back in 1981 in a ground floor premises at number 11, Calle Núñez de Arce, in the centre of Madrid, near Plaza Santa Ana. During its first year it was used for rehearsals and workshops in all kinds of practices related with the body, like corporal expression, performance and dance. Afterwards, its founder, the multi-faceted multimedia artist Pedro Garhel, transformed it into a space open to dialogue between the performing arts, the visual and plastics arts and sound art. From 1981 to 1997, it played host to all kinds of activities related with performance, photography, installation, visual poetry, mail art, video art, film and experimental music, in a period in which most art galleries and museums were celebrating the return to painting.

With action art as the core axis of its programme of training, research, production and diffusion, in the early eighties, Espacio P developed various different profiles from the same headquarters, which served as an exhibition gallery, a concert hall, a workshop and a meeting place. One of the first was in 1982 with Philip Corner, from the pioneering generation of Fluxus; and the last was in 1994, with the 1st Encuentro Iberhack, with Wau Holland, co-founder of the mythical Chaos Computer Club, one of the first associations of hackers in Europe.

Exploring this singular trajectory and archive, the Espacio P exhibition looks at various different thematic lines in order to lend visibility to the relationships between action art and audiovisual languages; the DIY culture between Fluxus and Punk; the gender issues of the eighties; and the shift from the analogue era to digital culture, between Anti-Cinema and Virtual Reality.

The show will also uncover the space’s relationship with the network of similar initiatives in other European countries, the USA and Canada, which fostered the internationalisation of performative and audiovisual art practices in Spain, while at once introducing into Spain the work of international artists who were then largely unknown here, like Marina Abramovic, Ulrike Rosenbach, Fabrizio Plessi and Peter Weibel.

The exhibition Espacio P 1981-1997 showcases a broad selection of documentation (letters, hand-outs, posters, fanzines, books and journals), videos, films, photographs and installations. Taken as a whole they help to throw light on different artistic expressions which came together at Espacio P at a time of transition, in which a critique of the all-powerful art market and music industry encouraged processes of collaborative creations involving different languages, formats and agents.

Within this context, the exhibition also examines the interferences produced between the independent art movements during the sixties and their subsequent evolution during the eighties, producing effects in the dynamics of self-management, research, production and distribution through independent music labels, fanzines, videos and other formats.