Telling Everything, Not Knowing How 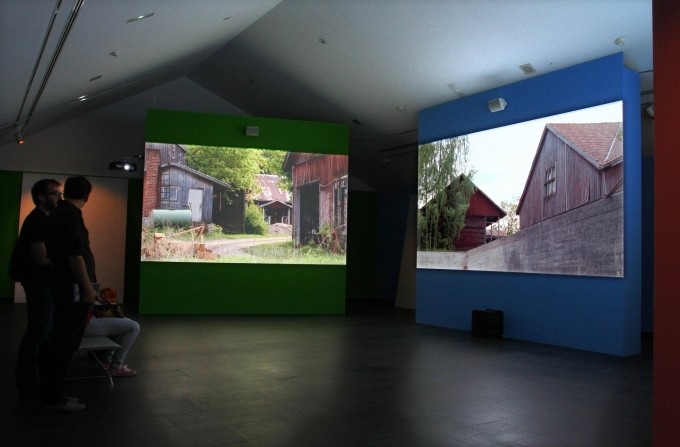 TELLING EVERYTHING, NOT KNOWING HOW
Curator: Martí Manen
1 July - 11 November 2012

Telling everything, Not Knowing How comes around to the view of narrativity with the intention of asking what can be done and what can be told from the art side, which role plays the emotion within the narrative and also which fiction, reality, political and social contents appear within the contemporary creation.

Art is a great plataform from which to explore narrativity. The pressumption of content we face when viewing an artwork enhances an emotional connection when narrating and explaining stories. Within the contemporary art fields there exists a willingness to explain, to establish a rather literary dialogue with the person viewing the artworks. But, at the same time, it appears to be necessary to ask ourselves the reasons, questioning the forms, investigating the genealogies and becoming conscious of the moment we live in order to observe what is happening in the communication field. The languages and the readings of art are constantly modified, each artist and each viewer alter the conception of what is an artwork, what is transmitting or how it is received. There are not strict rules, hence the poetic escaping possibilities are multiple. In a social context, where there is rather not space for the investigation of possibilities, understanding art as a place from where to build other forms is desirable. And, if we incorporate emotions as key element, the affection capacity is positivily altered.

Telling everything, not knowing how is shown as double format exhibition. On the one hand, the exhibition is displayed at CA2M with works which incorporate narrative possibilities as well as questioning the fact of how to explain. On the other hand, a novel written by the curator of the exhibition.

The novel embodies the complete set of works displayed in the exhibition, accompanied by others, within a plot which becomes the conceptual and discursive base of the project. Two characters from the book wander around their recently obtained maturity, after knowing the death of the Cuban-American artist, Felix Gonzalez-Torres, main reference in the incorporation of narration in art from an emotional, political and personal aspect, highlighting his willingness to share, without having to enter into the private side. The death of Felix Gonzalez-Torres is the starting point of a double journey structured by means of artworks. A novel which offers a kind of approximation different from the physical exhibition and it is, in fact, one of the pilars of the narrative. To make use (and to pervert) of the novel as exhibition venue allows working at once with the artwork as well as with information, with ideas and emotions, and with theory and practice. The writing of the novel stretches some roles to the limit: the curator makes use of the artworks from an absolute subjectivity aiming to create a narrative structure in fiction, the artworks become literary and reading material, visitors of the museum become readers, while the readers of the novel are tourning around an exhibition that take place within the book pages.

The novel, specially published for this project, is available both at CA2M as well as in bookstores.

The physical exhibition at CA2M presents a set of key works which will talk about narrativity and contemporary art, examples on how to explain, to deconstruct a story, to analyze and to work the characters, parallel readings to the documentary and what is understood as cinematographic, as well as a formal contact with literature and the definition of story.

A number of installations, film and video projects, photographies and text-based artworks coexist in a permanent dialogue where stands out the need to interact with the public.