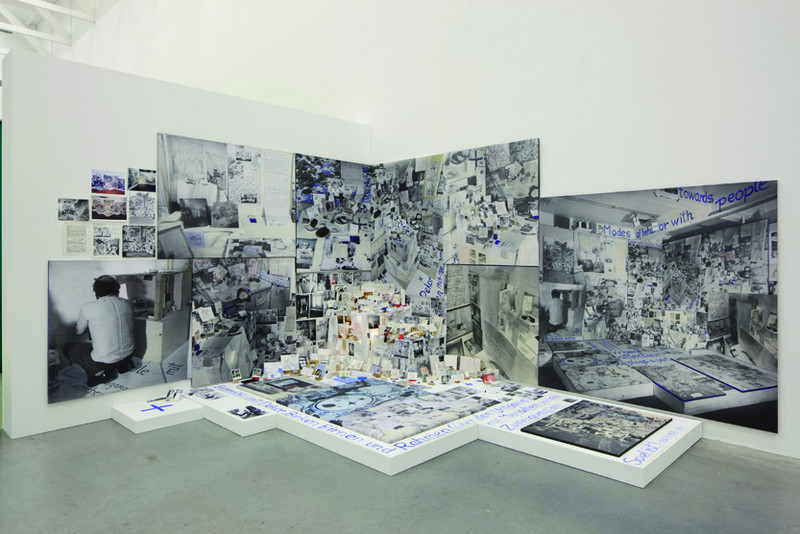 The history of the production of images in the West is inextricably bound to their function as a medium or instrument at the service of external, magical, religious or political ends. However, since the advent of modernism, artworks, art practices and the exhibition as event would seem to have diligently conquered the status of total autonomy. The problem is that this conquest might be just apparent, given that, rather than giving art its own voice to question the meaning of what exists, it has simply relegated it to an institutionalised social place disengaged from collective beliefs, as an activity that exists outside of the experience of living and only takes on meaning when referring back to itself. This diffuse aesthetisation is sustained on a contemplative reception that ultimately returns art production to its theological origins, to a realm of theory external to the work, in which we find traces of the dominant idealism in contemporary society.

This project enquires into the condition of the work of art and its possibilities. It questions what the work could have been or have said and what if actually was and said. We propose a rethinking, inevitably ethical-political, of representation and reality, of the possibilities and the responsibilities of the artistic act as knowledge, questioning the power of representations, not to reflect reality but to look for its meaning. In other words, we will question art’s relationship with the existing, and its faculty as a language to generate meaning.

Given that the construction of meaning is the end result of a political battle whose rules are constantly changing and have to be reassessed at any given moment,The Unfaithful Replica turns its gaze to the struggle between the forces intervening in this construction of meaning. We wish to incite debate on art as language; to think how to say, in order to know what to say, and what is possible to say from the place of art.

Rather that proposing an interpretation or a theme that gives rise to a set of works and of artists, in short an exhibition, this project posits itself as a device for a discussion into the limits and the potential of art inasmuch as an act of speaking and invention in struggle with and against its own methods and the traditions and conditions that deify and instrumentalise it.

A replica is both a reproduction of forms and a rejoinder to ideas; it is simultaneously a response and a supposedly identical copy.The Unfaithful Replica could not be an exact copy of an original idea and perhaps it might not even believe in it, which is why we desire for it a life of its own beyond the reasons that gave rise to it.