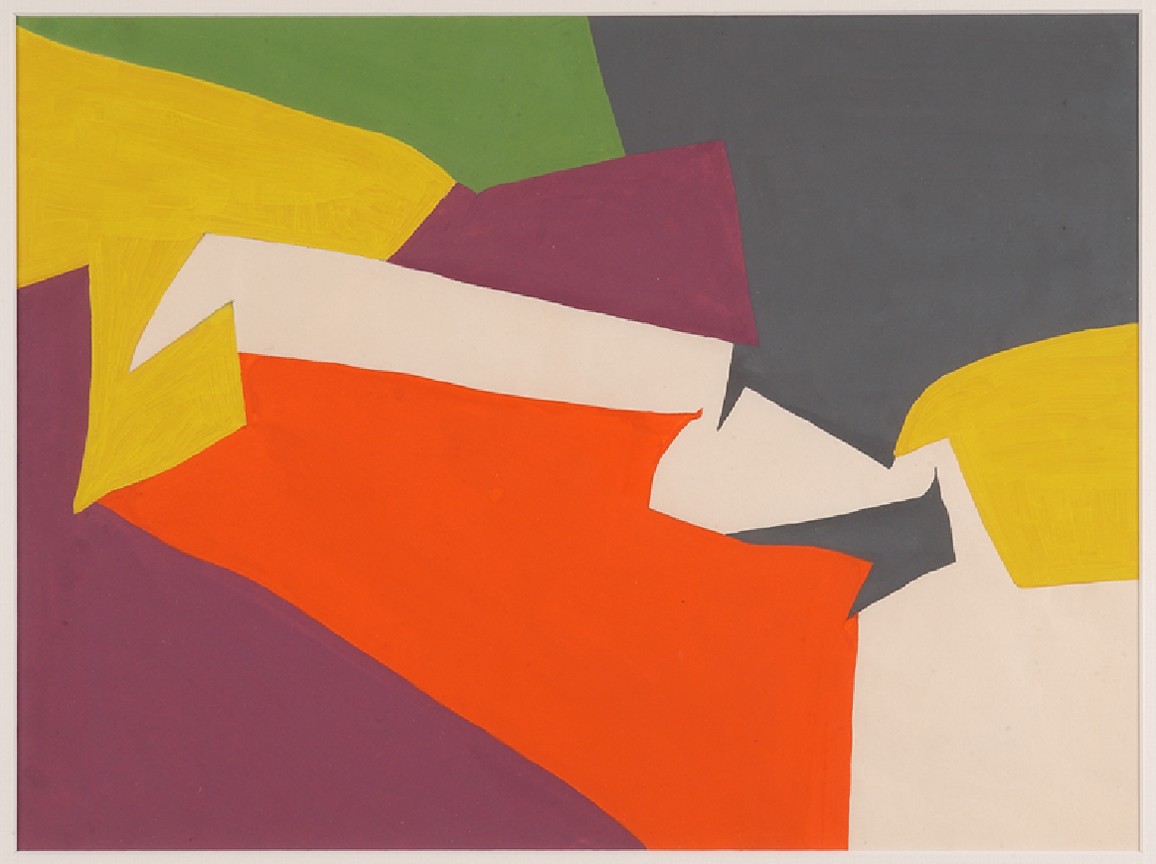 Two dates, two numbers: a palindromic pair. Can the art of this period also be read from left to right and right to left? Changing the order of factors would undoubtedly alter the product, even though this exhibition, beyond marking the interval between those two years, aspires to highlight its historical and artistic importance but in varying lights, forward and in reverse.

The year 1957 witnessed the culmination of several relevant events in both politics and art. In the political arena, various circumstances within the dictatorial regime led to the end of autocracy and the beginning of developmentalism. In the art world, the influential collectives Equipo 57 and El Paso were born.

This exhibition, comprising works from the collection of the Centro Andaluz de Arte Contempóraneo, is therefore the beginning of a story divided into chapters or galleries. It is designed to be read initially from the left, starting with the film made in 1957 by Equipo 57, moving on to AFAL (Almería Photographic Association), and later stopping in a large black gallery with pessimistic overtones, expressed through the channels of Art Informel or formal geometric investigations. Expanded, post-pictorial and hard-edge abstraction and models, structures and forms also have their own respective chapters. In contrast, visitors will find important spaces devoted to behavioural art and social corporeal practices, represented by Bruce Nauman, VALIE EXPORT, Nacho Criado and Marta Minujín, among others. Finally, the visit ends with a sampling of political Pop Art and early incursions in the New Figuration.

While 1957 was a year of intense artistic developments and hazier political impact, the tables were turned in 1975. In this palindromic interval, it represented a new paragraph in the chapter of Spain's recent history, marked by a politically significant event -the dictator's demise- and a new sentence in the paragraph of art, describing the beginning of the end for the abstract and conceptual languages that had shaped and dominated the preceding years, and the rise of figurative trends that would draw attention to several Andalusian artists associated with Madrid's New Figuration movement. In short, visitors must be prepared to re-read the exhibition narrative in reverse, from right to left, from finish to start, for once they reach the end they will have no choice but to retrace their steps. A truly palindromic experience.