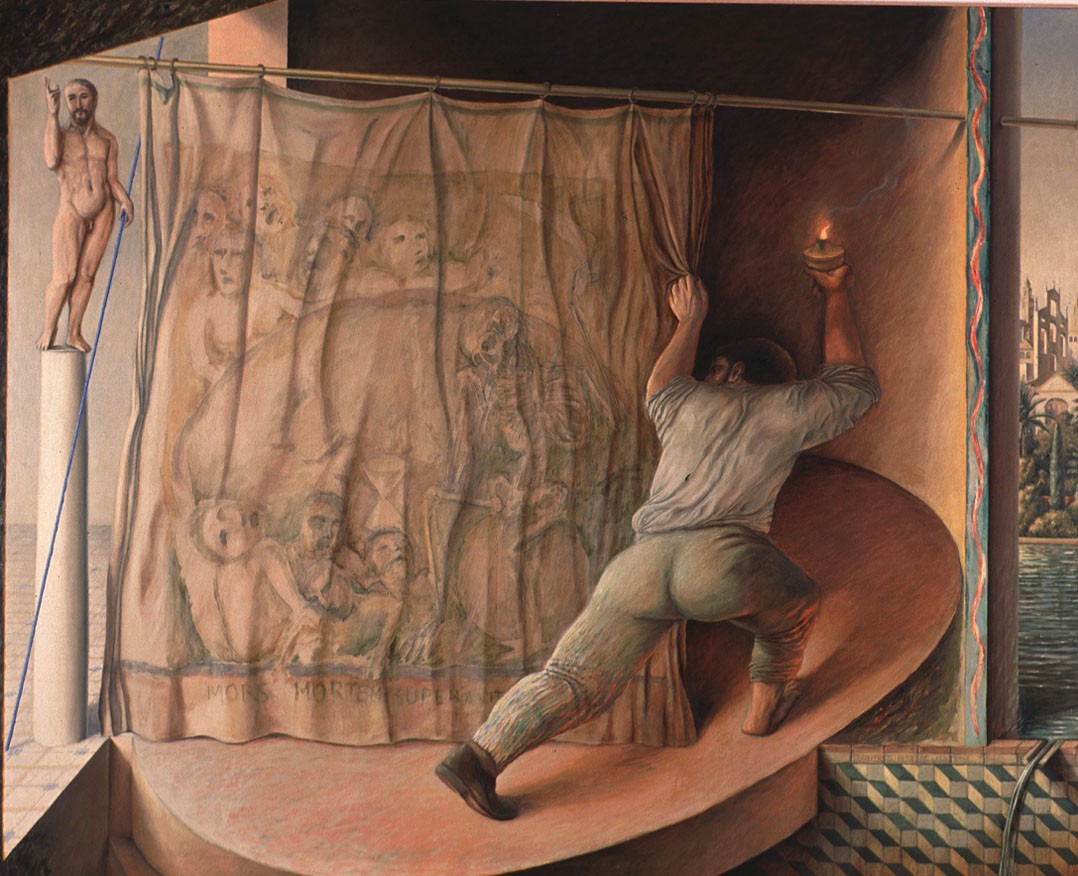 The subtitle of this new partial exhibition of the Centro Andaluz de Arte Contemporáneo could be “Enthusiasm for the Absolute Majority Syndrome.” Enthusiasm as defined by José Luis Brea in a well-known exhibition of the same name. The introductory text for that exhibition mentioned two significant moments in Spanish art during that era (1972-1992): the post-conceptualism of the mid 1970s and the “anti-formalism” of the late 1980s. The new figuration, characterized as a return to order, was the period defined as enthusiastic. However, another definition, in political terms, is pursued to some extent by this exhibition: the enthusiasm witnessed with the return to democracy in the years between the death of the dictator and the advance of the second legislative session of the PSOE (Spanish Socialists Workers’ Party), and the inception of the “absolute majority syndrome,” a phrase coined by Mar Villaespesa in the Spanish journal Arena Internacional del Arte.

The present exhibit is organized around an entire series of specialized journals, covering the whole period under study, that succeed each other chronologically, or even overlap. Moreover, there is a strong Andalusian presence in them, either because they were published here or because they were focussed on or conceived with the vital contributions of local artists and critics.

Thus, the exhibit follows a chronological sequence that starts with positions on the fringes of what was then considered contemporary art, eliciting a strong aesthetic, sexual and social response via the publications Nueva Lente and El Víbora (with the participation of Jorge Rueda and Nazario Luque, respectively). It continues with Separata, edited by Jacobo Cortines, Gerardo Delgado, José Ramón Sierra and Juan Suárez, among others, and Figura, which presented the works of Guillermo Pérez Villalta and Chema Cobo (on the cover of two editions). Then there was also the generation of artists associated with La Máquina Española gallery and Figura, such as Rafael Agredano, Guillermo Paneque and Patricio Cabrera. And finally, the journey concludes with the aforementioned Arena Internacional del Arte, run by Mar Villaespesa, Kevin Power and José Luis Brea in the late 1980s, with the CAAC’s collection of works by Agustín Parejo School, Rogelio López Cuenca, Pepe Espaliú, Federico Guzmán and Pedro Mora.
www.caac.es