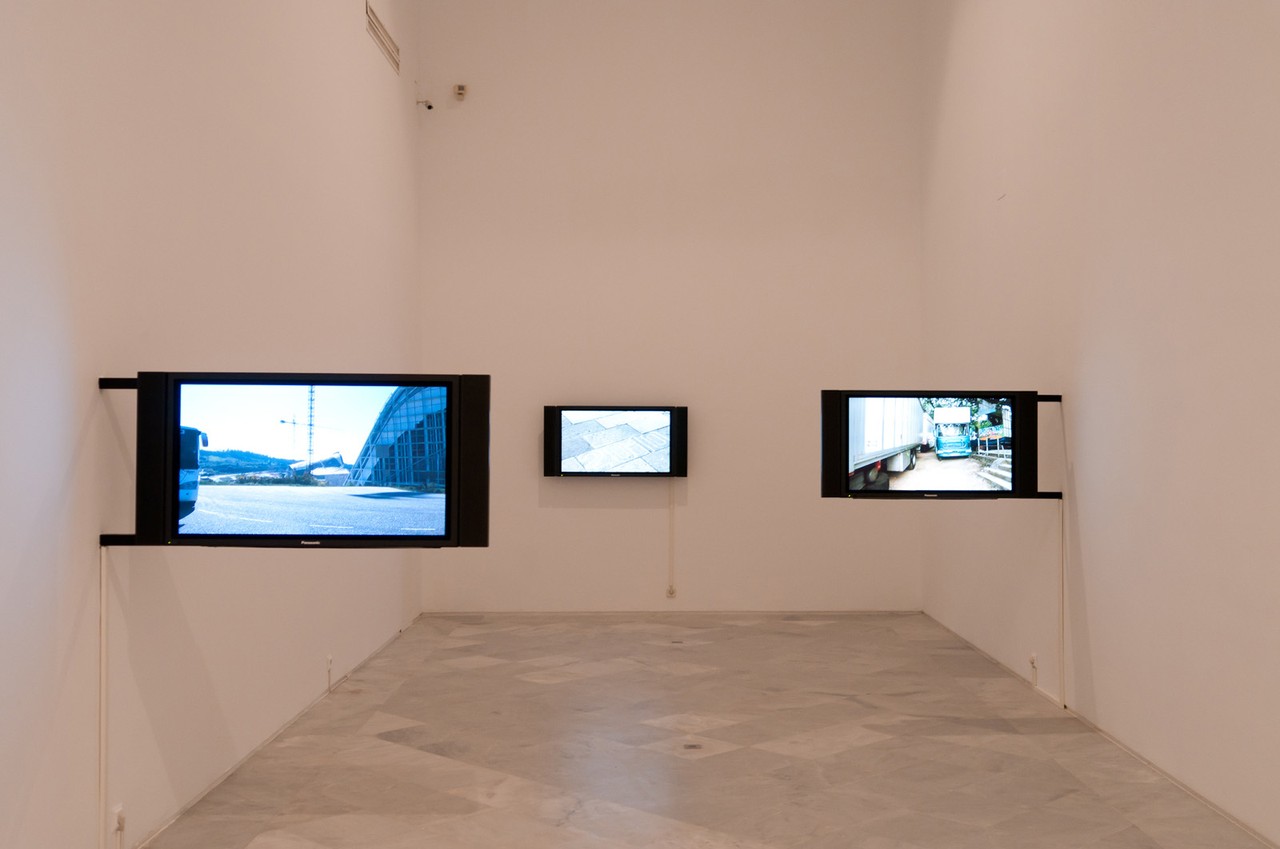 The work of Andreas Fogarasi (Vienna, Austria, 1977) falls in the category of institutional criticism. It urges us to reconsider the socioeconomic roles played by culture in order to better understand its own production mechanisms, the political interests it conceals, and the way in which it affects audiences.
With an educational background in the fields of fine arts and architecture, Fogarasi is particularly interested in contemporary cities, the architecture and urban planning on which they are founded, and the socioeconomic connotations hidden beneath their surfaces. Indeed, a recurring theme throughout his oeuvre is the practice of marketing a city by creating an iconic image that is detrimental to the diversity and heterogeneity of its identity.

Construir / Desmontar (Constructing / Dismantling), Fogarasi's first solo exhibition in Spain, features a number of these works. Süden (South, 2005) explores the morphology of towns that have grown up around major automobile factories. In Kultur und Freizeit (Culture and Leisure, 2006), a wooden structure serves as a device for establishing a connection between the audience and the videos shown there about cultural centres in Budapest which, as a result of dramatic changes in the political and social systems, have been given a variety of uses. Folkemuseum (2010) documents a Norwegian museum in which the history of rural life is reconstructed in the form of a fictional town.

His on-going Public Brands project Public Brands (begun in 2003) reveals how the creation of clichés can standardize and consequently destroy the heterogeneity of a social community; and Cities, a series of drawings begun in 2006, presents a variety of handwritten city marketing slogans. Finally, Constructing / Dismantling, the video installation from which this exhibition takes its title, consists of three videos that show different spaces in a city - in this case Santiago de Compostela, where there are representative buildings, such as the City of Culture designed by architect Peter Eisenman, as well as structures for temporary use, such as fair and exhibition venues.