Art and Culture around 1992 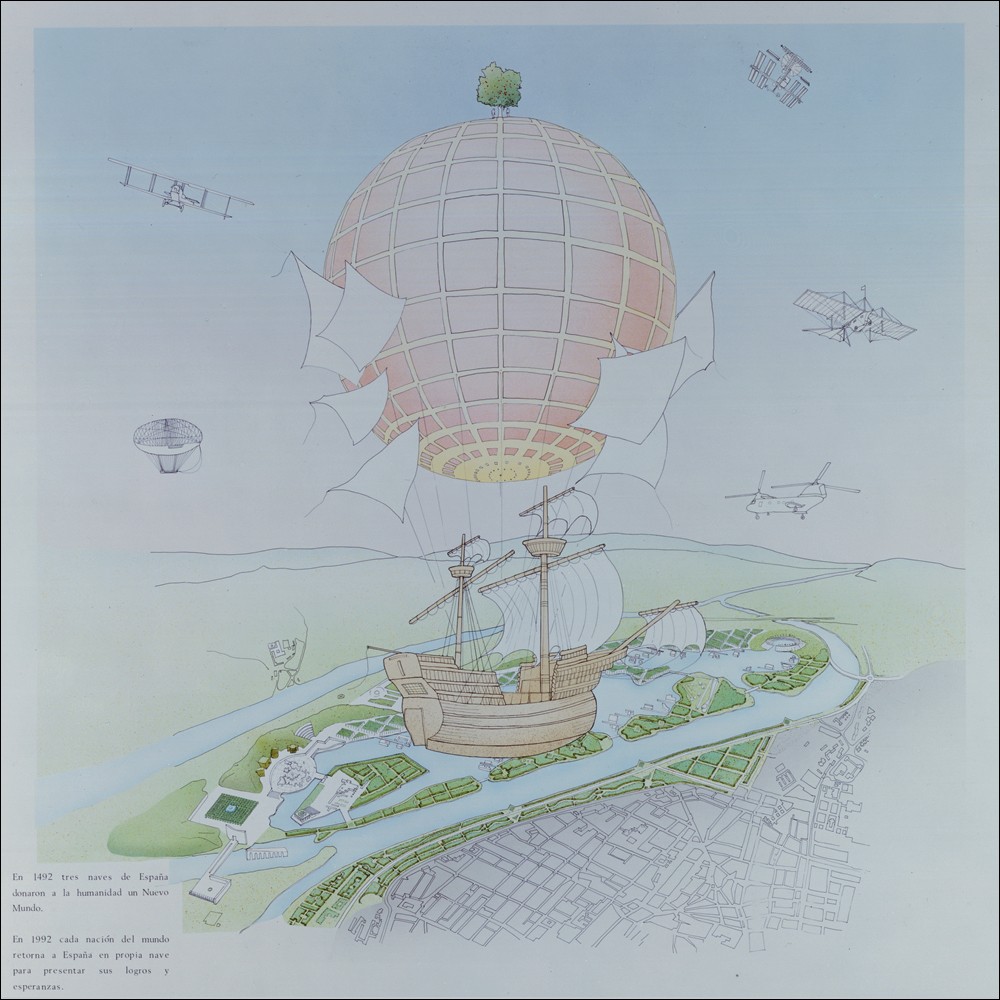 The former Carthusian Monastery of Santa María de las Cuevas, later a ceramics factory and now home to the Centro Andaluz de Arte Contemporáneo, was the main venue of Art and Culture around 1492, an exhibition held during the 1992 World's Fair in Seville which featured selected works and pieces from different disciplines and styles practised at that moment in history. As Expo '92 coincided with the 500th anniversary of the "discovery" of America, the theme of that world's fair was The Age of Discovery. The city of Seville was closely linked to the colonial domination of Latin America for centuries, as the gateway of commerce between Europe and the Americas.

These circumstances serve as the springboard for several different lines of investigation that converge in this exhibition project. The first takes a look at the Expo that could have been but wasn't, in the form of Emilio Ambasz's unrealized plan, and the Expo that was but no longer is, embodied by José Miguel de Prada Poole's Palenque pavilion. The second offers a brief survey of the artistic and cultural scene around the year 1992. The conceptual point of departure for this review is the book Art since 1900: Modernism, Antimodernism and Postmodernism, by Rosalind Krauss, Yves-Alain Bois, Hal Foster and Benjamin Buchloh, which describes 1992 as the year of institutional critique and artists who questioned the museum as a place for the dissemination of ideas and its relationship with colonialism. That chapter mentions several works by Fred Wilson, Andrea Fraser, Renée Green and Mark Dion, artists who are represented here by some of those pieces or others produced around that time. Additionally, the historical lack of interest in these themes among Spanish and Andalusian artists has been remedied by inviting Patricia Esquivias, María Cañas and Rogelio López Cuenca and Elo Vega to produce site-specific projects related to colonialism and Expo'92 Seville. This retrospective survey also features works made around that time by Curro González and Pilar Albarracín which address the local artistic, cultural and social context.

Finally, in recent years we have begun to converse with some of the ghosts that haunt our centuries-old home and uncover the rich history of rare collections held here which have never been publicly exhibited before, always in dialogue or debate with contemporary works of art. On this occasion, two collections closely linked to the central theme of this project will be presented: assorted gifts received in 1992, and the Expo’s audiovisual archives. Our aim in exhibiting these memorabilia is to make them known to the public, but we also hope they will trigger a stimulating and potentially heated debate related to institutional critique and the proposals of those artists quoted in Art since 1900 alongside new projects produced especially for this occasion. With this project, the Centro Andaluz de Arte Contemporáneo celebrates the 25th anniversary of the first exhibition held at its new home in 1992 by presenting a timely critical revision of events and celebrations rooted in our colonialist past.
www.caac.es