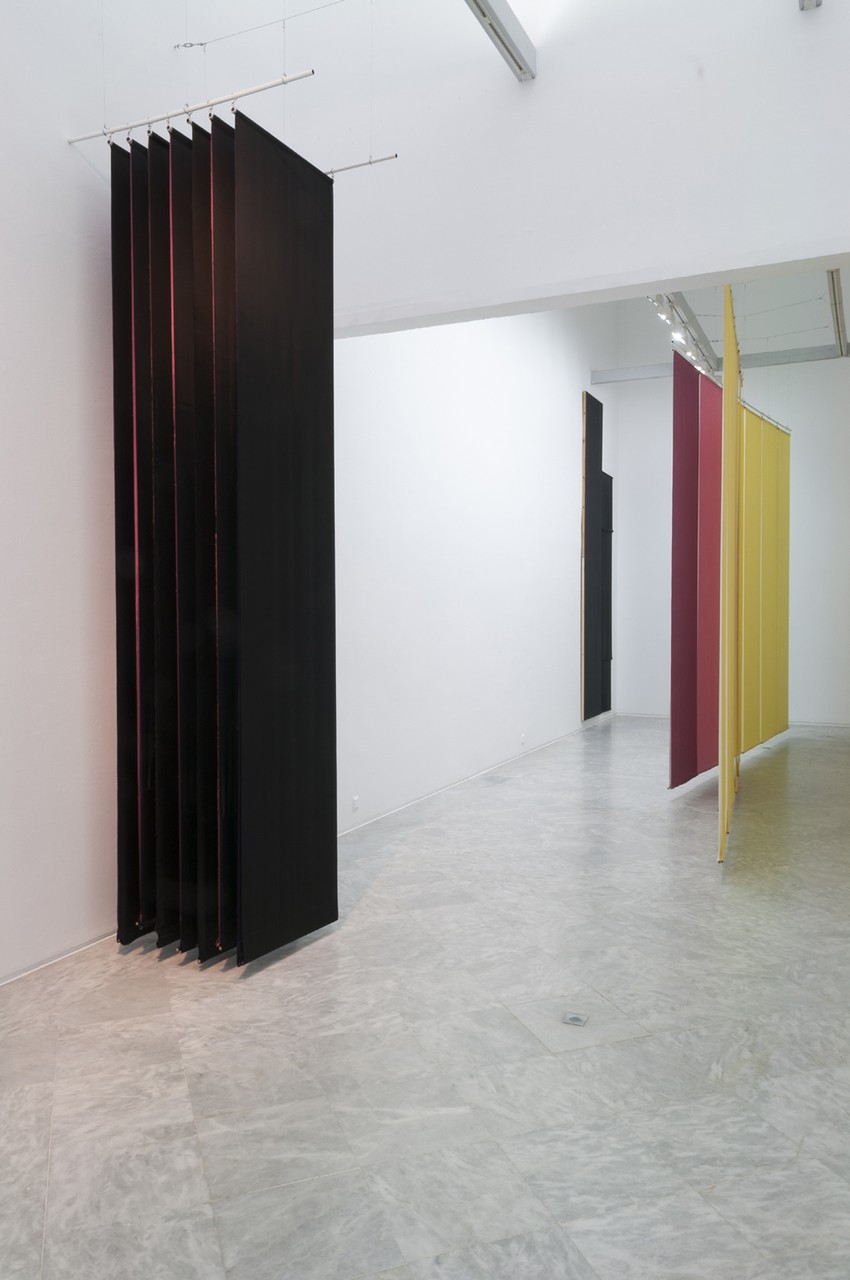 The retrospective devoted to the career of artist and architect Gerardo Delgado (b. Olivares, Seville, 1942) features selected works that review and highlight his invaluable contribution to the history of abstract art in Spain since the 1960s.

Along with other artists of his generation like José Ramón Sierra and Juan Suárez, Gerardo Delgado started out at the Seville gallery La Pasarela, where his first show opened in 1968, and Galería Edurne in Madrid, where he participated in the Nueva Generación exhibition with Alexanco, Teixidor, Yturralde, Elena Asins, Barbadillo and others who chose to explore alternatives to the prevailing trend of Art Informel.
Influenced primarily by the functional rationalism of the Bauhaus and other Constructivist offshoots of the European avant-gardes, Delgado opted for geometric abstraction in paintings and sculptures filled with bright colours and mobile volumes, a playful art open to viewer participation and with obvious didactic intentions.
As the 1970s wore on, Delgado began to focus on experiments with pictorial space that yielded installations made of industrial fabrics and large-format paintings as well as drawings. His studies of colour, textures and the tension between opposites, between substance and form, fostered an attitude of self-contained introspection and allowed him to rediscover the joy of painting. American artists like Pollock, Rothko, Stella and Kelly became important pictorial inspirations. Elements and characters from cinema, music and literature were the catalysts that led him to embark on an oeuvre which gradually acquired new metaphors in the creative process, producing novel works and forming the linked series that have become a familiar feature of his output.

When the Neo-Expressionist movements burst onto the international scene in the 1980s, Delgado, without abandoning abstraction, started incorporating figurative elements or fragments that seemed to fade into backgrounds of sombre colours, recalling the Romantic drama of precedents like Hölderling, Strauss and Schubert or the Baroque spirit of Rodrigo Caro. The artist explored the most ancient history and his own local roots in large, meticulously executed works.

From the early 1990s to the present day, Gerardo Delgado resumed his objective experimentation with pictorial space in relation to time, in which geometry and chance play a vital role. This concept is summarised in a selection of transitional paintings that segue to the two large series displayed in the final galleries.