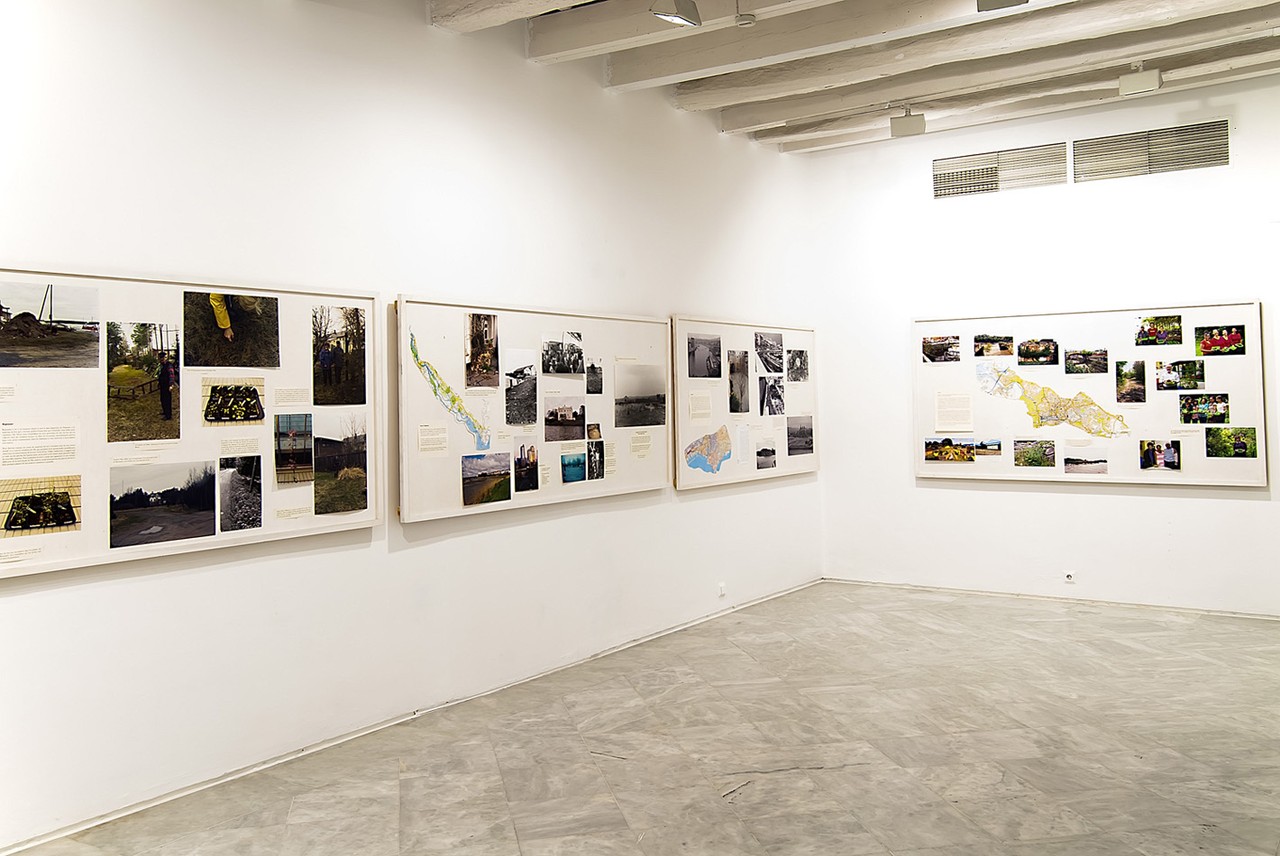 Born in Brazil, Maria Thereza Alves (São Paulo, 1961) studied in the United States and has lived in Cuernavaca, Brussels, Berlin and southern Italy. In general terms, Alves defines her artistic practice as creating works which “investigate social and cultural phenomena that question what we think we know and who we think we are, focusing on where and who we really are at this moment in time."

The Long Road to Xico is a "halfway-point" retrospective of her career, featuring selected works produced between 1991 and the present day. Maria Thereza Alves is a pioneering artist in the postcolonial debate whose formative years were spent in New York (where she moved with her parents as a child) in the 1980s: first at the prestigious Cooper Union, and later as a participant in various independent projects on the Lower East Side like the Kenkeleba Gallery, which represented an "alternative to the alternative scene" at a time when indigenous, Latino and Afro-American artists were still largely overlooked by the art establishment. Her work therefore pertains to a different conceptual tradition, associated with individuals like Jimmie Durham, David Hammons and Juan Sánchez who were active in Manhattan during those years.

Alves maintains a contradictory relationship with the country of her birth, torn between the things she loves about it and the anger she feels over its colonial history, the extermination of its indigenous peoples and the devastation of its natural beauty, a destructive course of action begun by the Portuguese mother country and later continued by the Brazilian state and its ruling classes. This love-hate relationship is what motivated her to participate in the founding of the Brazilian Green Party in 1986 and to devote her work to investigating these issues in contexts as diverse as Belgium, Brazil, Mexico, France, the United Kingdom and Senegal. In terms of her chosen media, Alves's work is radically conceptual and anti-formalist. The appearance of her pieces is always dictated by their contents; sometimes they are understated and rigorous, almost scientific, like her Seeds of Change project, but at other times they change tack and gleefully appropriate the languages of pop culture, as in The Return of a Lake.

The latter project, which she worked on intensely between 2008 and 2012 after receiving a commission for dOCUMENTA (13), is the fulcrum of the exhibition The Long Road to Xico given its close connection to Spain. The Return of a Lake tells the story of Xico, a town just outside Mexico City on the shores of one of the lakes which, centuries ago, were part of the capital of the Aztec Empire. In the late 19th century, a Spanish immigrant from Asturias, Íñigo Noriega, arrived in Xico and drained the lake, completing a cycle of environmental destruction and social marginalization that began with the arrival of Hernán Cortés and his soldiers.

Through this work and another 17 pieces that put it in context, Maria Thereza Alves invites us to debate two issues of critical importance for contemporary culture and for Spain in particular: the need to develop a new awareness of and respect for nature, and the urgency of rewriting colonial history. She has brought these two pressing tasks here, to the island in the River Guadalquivir where Columbus was buried and his son planted a centuries-old ombu tree whose branches still provide welcome shade today, a place ideally suited for rethinking "where and who we are at this moment in time".