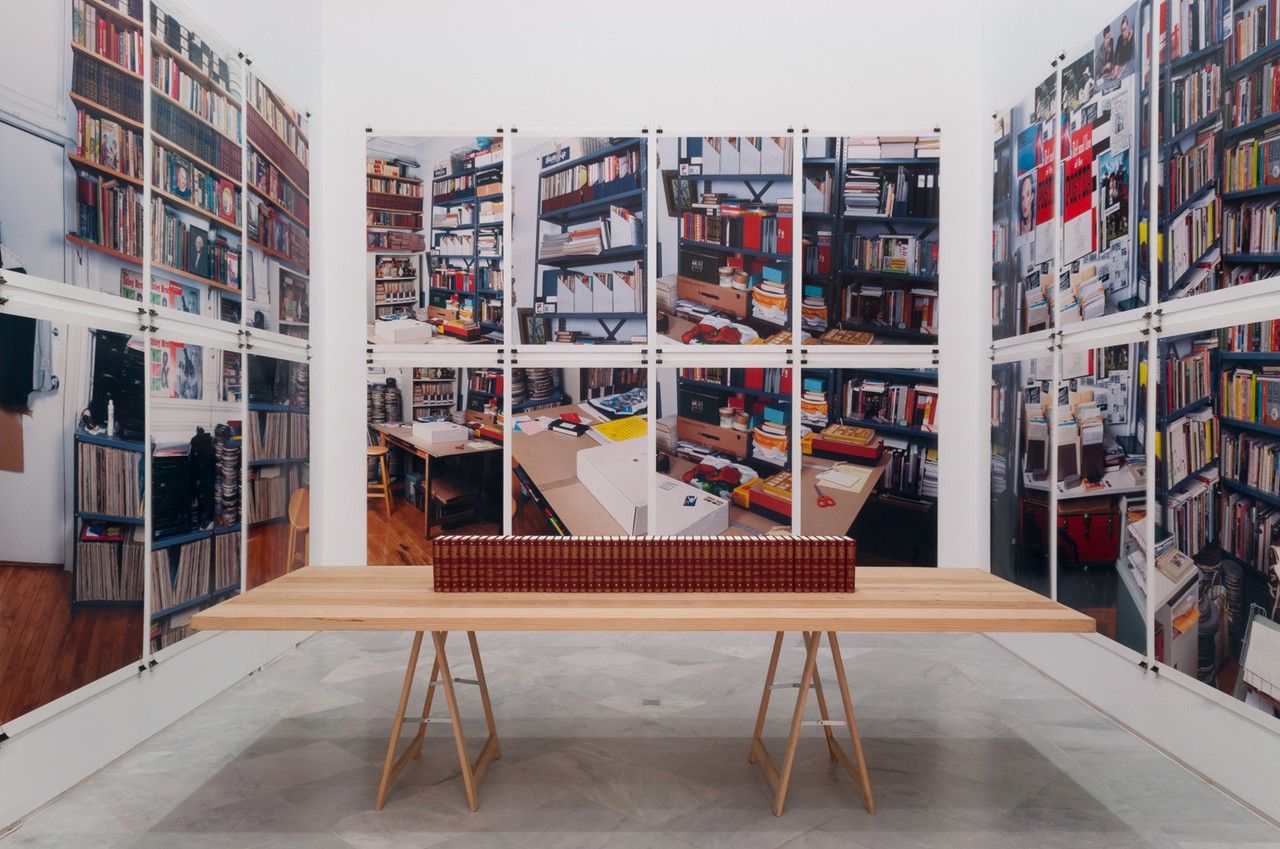 The trend of art as language has traditionally been considered the hard core of conceptual art, with Joseph Kosuth and Art & Language as its leading exponents. Art as an idea and language as an artistic material might be two of its dictums.

This exhibition, comprising selected works from the collection of the Centro Andaluz de Arte Contemporáneo, attempts to explore how these proposals and propositions have been expanded upon by their original authors and reinterpreted from different perspectives by successive generations of artists up to the present day.

Like a drop that falls into a glassy pool of water, the ripples or shockwaves generated by the conceptual “art as language” movement in the 1960s have steadily continued to expand outwards, although they have undoubtedly grown gentler and integrated other aspects along the way, such as visual poetry, song as a form of questioning language and social action, the book, the library, archival praxis, writing, texts and their concealment, etc. In this show, these different waves come together to form an itinerary that allows the observer to drift along those concentric circles.

Additionally, as a temporary exhibition of the permanent collection, it investigates some of those shockwaves through works from different periods and by artists belonging to different generations. Some of the key figures in the history of conceptual art are represented here, such as Joseph Kosuth, stanley brouwn, John Baldessari, Allen Ruppersberg and Rémy Zaugg, as well as members of the following generation like Alfredo Jaar and Stephen Prina, and more recent artists who retain certain conceptual notions and intentions, such as Ignasi Aballí, Ruth Ewan, Dora García, Annika Ström and Francesc Ruiz. A goodly number of Andalusian artists are also featured in the show, including Rogelio López Cuenca, Pedro G. Romero, Nuria Carrasco, Inmaculada Salinas and Simon Zabell, for whom ideas and language still constitute the material of art.