The Present in the Past 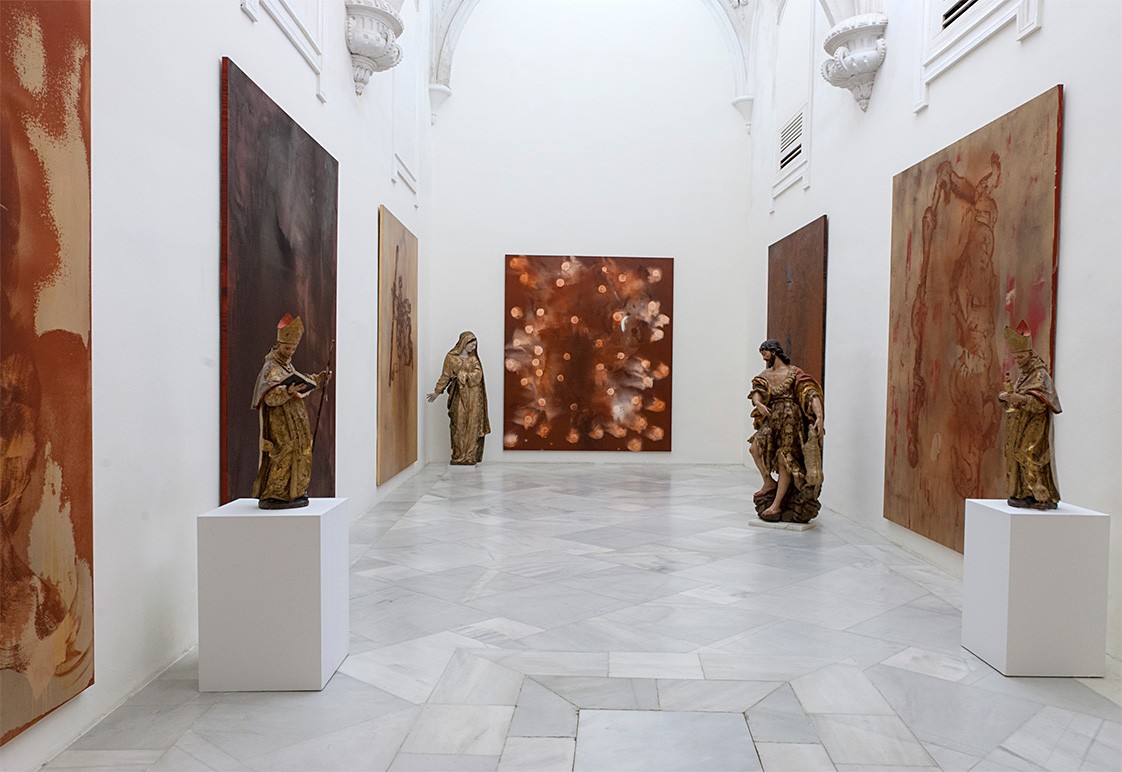 American professor Andreas Huyssen has remarked that, in recent decades, the perspective of Western culture has shifted, turning back to the past rather than focusing on impending transformations in the immediate future. While modernity was driven by what we might call "present futures", postmodernity seems to be obsessed with "present pasts".

The latter concept is used in this exhibition to denote a reality which, though seemingly contradictory, is in fact complementary: the place that the Centro Andaluz de Arte Contemporáneo calls home is not only a unique building on Spain's National Heritage List but also part of our history with a thousand stories to tell. The present—contemporary art from the last few decades—is displayed in a structure from the past. Over the centuries, this site has served a number of purposes: Franciscan chapel, Carthusian monastery after 1399, military barracks during the Napoleonic invasion, porcelain factory from 1841 to 1982, royal pavilion during Expo '92 Seville and, finally, contemporary art centre since 1997.

Although many of the most important artistic treasures were removed from the monastery during the Ecclesiastical Confiscations of 1836, some works remained, were recovered or returned in time. Consequently, the Centro Andaluz de Arte Contemporáneo is responsible not only for preserving and maintaining this sprawling historic monument but also for safeguarding a collection of objects associated with its rich and varied history, consisting primarily of archaeological artefacts, pottery, glass objects, sculptures and a number of paintings.

This exhibition attempts to explore how the present exists in the past. The present is undoubtedly part of the past, rooted in its rich soil, but by allowing works from the CAAC's two collections to converse and confront each other in the "Monument Zone", an area filled with reminders of the building's fascinating past, we also hope to show that, as Huyssen has noted, "memory is always transitory" and, in its public facet, "subject to change -political, generational, individual".