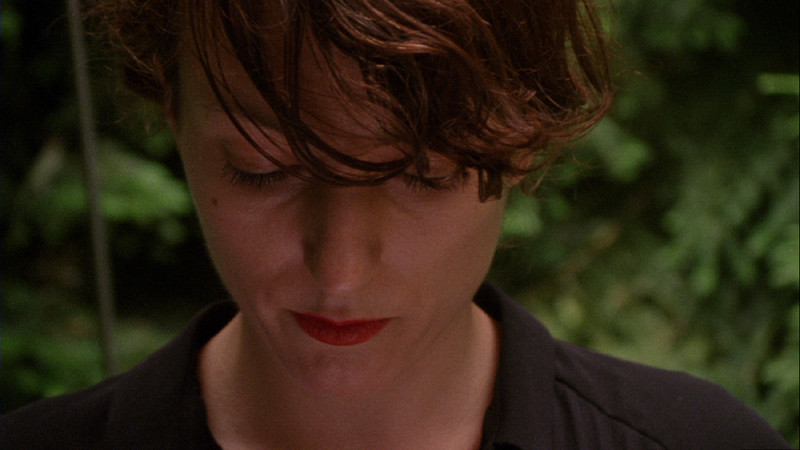 Including Gibson's full filmography and unfolding as a series of events, the exhibition will begin on 23 March with Holder and Waterman in conversation and rehearsal for a third public reading from Yes But Is It Edible?, a scored biography of American composer Robert Ashley for two or more voices (edited by Holder and Waterman, forthcoming from New Documents, Vancouver).

The French cinema premiere of The Tiger's Mind will be presented by Pierre Bal- Blanc at the Centre Pompidou, Paris on 19 Jan in collaboration with the Hors Piste Festival, who are showcasing Gibson's films as part of their Artist in Focus programme.

The Tiger's Mind (2012) is an abstract crime thriller set against the backdrop of a Brutalist villa. Six characters – Tiger, Mind, Tree, Wind, Circle and a girl called Amy, (the set, music, sounds, special effects, director and narration respectively) – battle one another for control of the film as it unfolds on screen. The film explores the relationships between these characters as they emerge and unfold: grappling, wrestling, and dreaming with one another.

The Tiger's Mind was developed as part of a publishing project initiated by Holder and Gibson, that deploys composer Cornelius Cardew’s 1967 narrative score The Tiger’s Mind as a means for producing speech. Six practitioners from different fields were invited to four week-long conversations, each adopting one of Cardew’s characters. The fourth conversation saw the development of the film’s production elements. The final film presents a document of its own making in fictional form, extending narrative and character to the production process itself: Tiger's sets, Mind's music, Wind's effects, Tree's sounds, Amy's narration and Circle's direction all knock up against each other in a battle for primacy.

Extending the logic of the score to include the film's exhibition and distribution, The Tiger's Mind will be re-iterated differently at three institutions. The publication The Tiger's Mind, edited by Holder (Sternberg Press, 2012), accompanies its varying exhibitions.
www.cacbretigny.com