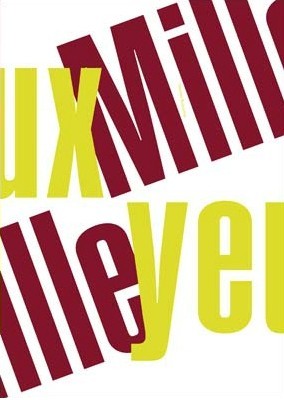 Right from the beginning of his solo exhibition at the Synagogue de Delme, Clément Rodzielski presents a contradictory gesture: a blind space into which eyes and bodies stumble. It is a centrifugal volume to be circled, as one circles around an unresolved question, nevertheless inviting us to go look elsewhere, at the border, in the margins and passageways. People often mention Clément Rodzielski'€s relationship with images: cutting-our, displacing, unframing, reassembling images that surround us, all-consuming images of communication, cinema, fashion, the web...So how should one approach these wandering images, which have become transparent by dint of being so visible, images whose obviousness could apparently stand to be muddied? How do we occupy these smooth surfaces with our bodies, our skin, our imagination, in such a way that they end up touching us and rubbing against us?Clément Rodzielski surreptitiously scatters the exhibition space with a series of transparent stickers. So many surfaces that hold traces of the ground they were placed on, marked with the real, at its most prosaic and minor: dust, hair, fibres, grit, punctuating a few cut-out eyes in advertising images, eyes that reflect our own, as if in a mirror.An imposing structure on the ground floor seems like an impenetrable block, but from upstairs it becomes a stage for a few simple, subtle gestures: drawings and objects show on the surface, at the centre of the structure. Viewers lean on their elbows while looking at them, in a waiting position.Beyond this space just above the eyes, the artist displays several series of recent works created for the exhibition. Sculptures, paintings, objects and drawings blur the lines between interior and exterior spaces; objects and images are presented as inside-out skins, stripped surfaces...In one corner, a clay sculpture is covered by imprints of eyeglasses in a chain pattern, as if a machine body had literally come and eaten this shapeless mass of flesh with its blind eyes.Clément Rodzielski's exhibition is made up of scattered fragments, dismembered bodies, whose thousand eyes are also a thousand pieces, shattered in a place where the space between things is just as important as the things themselves. You have to walk and look in every direction, and perhaps wait, turn around and then turn back, look around yourself and at yourself. The title of a series of works in this exhibition suggests a possible point of view: de la fenêtre depuis le lit (from the window from the bed)...Marie Cozette
www.cac-synagoguedelme.org