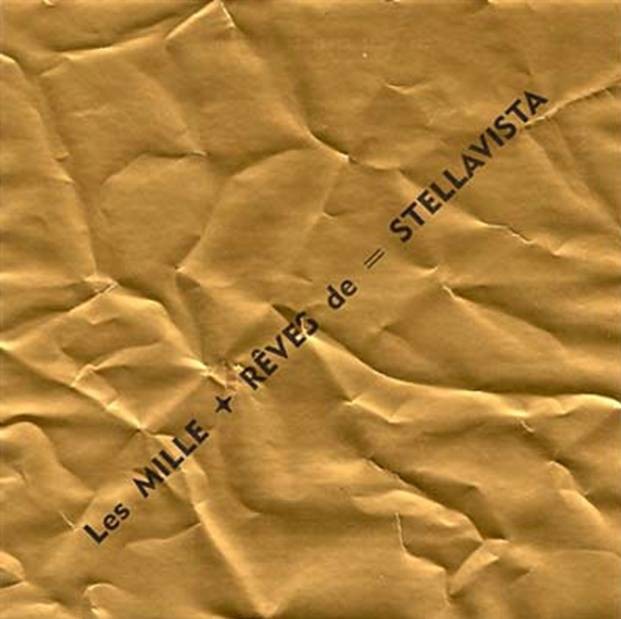 For The Thousand Dreams of Stellavista (1), the Synagogue de Delme has joined forces with artistic duo Berdaguer and Péjus to conceive a group exhibition on ghosts, assembling some fifteen artists, designers and architects of all persuasions. The exhibition precedes Gue(ho)st House, a work of art by Berdaguer and Péjus commissioned in Delme by the French Ministry of Culture. The aim of this commission is to redevelop the area surrounding the art centre and create a visitor reception space (to be inaugurated: summer 2012). In the exhibition The Thousand Dreams of Stellavista, the works serve as crossing points at the intersection of diverse temporalities, more or less recent pasts and evolving futures. They act as thresholds, doors to memories of other places from which our own ghosts emerge here and there. Whether in literature or in cinema, the contemporary imagination is overrun by ghosts, since every new technology brings its share of phantoms and irrationalities. It goes without saying that these figures - more or less shapeless, more or less visible, alternatively frightening and benevolent - lend themselves to fruitful images in which science and fiction intermingle and blur their respective limits. When Designer Clino Castelli takes up the plans Wittgenstein drew up for his sister's house, he reveals vibrations in the air and invisible forces at play in the dwelling. Immaterial parameters also define architecture in François Roche's work, in what he calls "the architecture of moods"€. And in the work of designers Dunne and Raby, the moods of domestic objects come under consideration, through a series of robots with various psychologies. Anxiety, hyperactivity, a penchant for calm or an apparent weakness fill the space with diffuse feelings. The works disappear, then surface on the walls. Or they constitute stratified excrescences, becoming something fleeting, made of dust, snatched from oblivion. In a video by Susan Hiller, dead or endangered languages murmur in a collection of worlds dying along with the languages that convey them. These voices from the beyond mingle with artistic and intellectual figures who have been resuscitated for the occasion: philosopher Antonio Gramsci in Peter Friedl's installation, psychographic medium Francisco Candido Xavier, whose incredible life is evoked by Tamar Guimaraes, and even photographer Walker Evans, whom Sherrie Levine rephotographs by creating a set of temporal strata and mises en abyme. Further along, a few cinematographic ghosts punctuate the exhibition through patches of phantasmagoria, which have served to animate images for popular spectacles since the seventeenth century. Finally at the entrance, visitors are greeted by a Michel François work entitled Piece of Evidence, consisting of a completely shattered glass pavilion. Like a fractured dream, this mass of veined glass, alive and yet verging on collapse, acts as a prism at the heart of the exhibition: as if ideal transparency needed to be opposed to a more opaque vision and a few hiding places, a field open to uncertainty, in a perfectly charted, known world. (1) The title of the exhibition is a reference the novel of the same name by J. G. Ballard; the author conjures up a strange city whose houses retain in memory the psychology of successive inhabitants. These houses continue to react and transform in line with their owners' affects, as if they were physical extensions of their moods.
www.cac-synagoguedelme.org