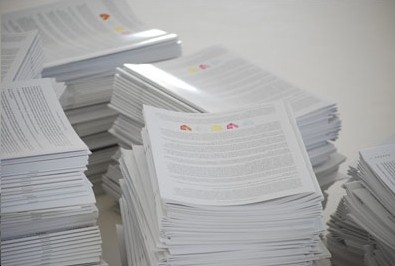 PREVIEW FRIDAY 11 JUNE AT 6:30pmin the presence of the artists and Mathieu Copeland UNE EXPOSITION (DU) SENSIBLEWith, in order of appearance, Gustav Metzger, Cildo Meireles, Dexter_Sinister, Franck Leibovici, Kenneth Goldsmith, Cesare Pietroiusti, Benoît Maire, Amélie Dubois, Charlotte Moth, Keren Cytter, Goldin_Senneby, Cally Spooner, Falke Pisano An exhibition by Mathieu Copeland Engaging with a practice that often considers immateriality, Mathieu Copeland proposes exhibitions that renegotiate the relationship between the spectators and the works, and between the works and the venues supposed to give them visibility. "Voids, a Retrospective" at the Centre Pompidou in Paris brought together nine historical "empty" exhibitions; "A Choreographed Exhibition" at the Ferme du Buisson Contemporary Art Centre presented artworks as gestures and movements that were danced by a trio, written in time by the curator; in "A Spoken Word Exhibition" the works were read aloud by the staff of Baltic, Newcastle upon Tyne's contemporary art centre; or again with "Soundtrack for an Exhibition", a seemingly timeless score stretched out over several months at the Museum of Contemporary Art in Lyon, the music actually becoming the exhibition.

From one venture to the next, Mathieu Copeland has outlined a way of working that subjects artistic forms and institutions to radical challenges. May these be of sound, to be spoken or danced, the works place the viewer in the situation of having to play his own part in turn - or at the very least of having to transcend a seeming void so as to listen, move about and tune in sensorially to an atmosphere and its surrounding reality. Referencing a conversation with Gustav Metzger, the seminal activist and pioneer of auto destructive art, Copeland joins the artist in reaffirming that the exhibition should serve not to show things in a predefined physical space, but to realise them; the Synagogue de Delme is thus taken as a point of departure, and not as an end in itself nor a destination. More a transient place. Breaking out of the usual exhibition boundaries, the works inhabits the specific life and economy of a given territory. Local networks - media, events, services - become simultaneously the medium and the venue for the works. Such is the case for Franck Leibovici's film, shown before all the features that will be shown this summer as part of the itinerant cinemas circuit in Lorraine; Kenneth Goldsmith's daily piece on local radios; Cesare Pietroiusti's weekly "non-functional thoughts" in the press; and the Municipality of Delme's Bulletin for 2010, revisited by the duo Dexter_Sinister and serving as the publicity basis accompanying "Une Exposition (du) Sensible". The title, that could be translated as A Sensibility Exhibition and An Exhibition of the Sensible, refers us to the project's roots in a perceptible reality, may this be within the art centre's four white walls or through the letter boxes of Delme, as every inhabitant of the town received a copy of the Bulletin. While the art centre thus becomes a resonance chamber for works happening elsewhere, it is also a living structure, an assembly point for mobile objects both activated and activatable: Cildo Meireles' Insertions into Ideological Circuits from 1970 which involves "recording information and critical opinions on banknotes and re introducing them into circulation". At the time the artist stamped the notes with this title, as a call to the addition of political messages, before reintroducing them into the flow of the banking system. This work, is, once again, re inserted for the time of the exhibition.
If text, language, reading and speech appear to be the basis of the works composing this exhibition, the book specially published for the exhibition and titled An Exhibition To Hear Read provides a singular condensation in the form of contributions by Keren Cytter, Amélie Dubois, Goldin_Senneby, Benoît Maire, Charlotte Moth, Falke Pisano and Cally Spooner: narratives, descriptions of imaginary spaces, reading protocols and film scripts (...) all reference the textual matter central to the work of these artists fascinated by language and its powers of evocation. A reading of the written works reveals not only the perceptible architecture of any given space - that of the synagogue - but also a perceptible and ephemeral reality channelled through the voice.

Une Exposition (du) Sensible thwarts both the circumscribing of works by spatial and temporal frameworks and the bland functioning of art institutions, that highly developed pseudo-science of displacement and dissemination of forms. Some of the works have already taken place, others will happen at a later stage: Gustav Metzger's contribution via the local press is scheduled for October. The art centre thus functions as a point of articulation for times and places, but also for words and phrases, whether written, read or spoken.Marie Cozette

MATHIEU COPELAND
Mathieu Copeland was born in 1977 and lives in London. He was in residence at the Lorraine Region Contemporary Art Collection (FRAC) in February-June 2010.RELATED EVENTSGuided tour with Mathieu Copeland: Sunday 12 September at 4:00pmGuided tours with Laurène Macé of visitor services: every Sunday at 4:00pm
www.cac-synagoguedelme.org