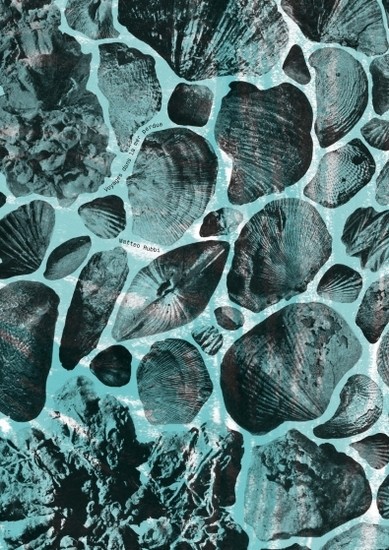 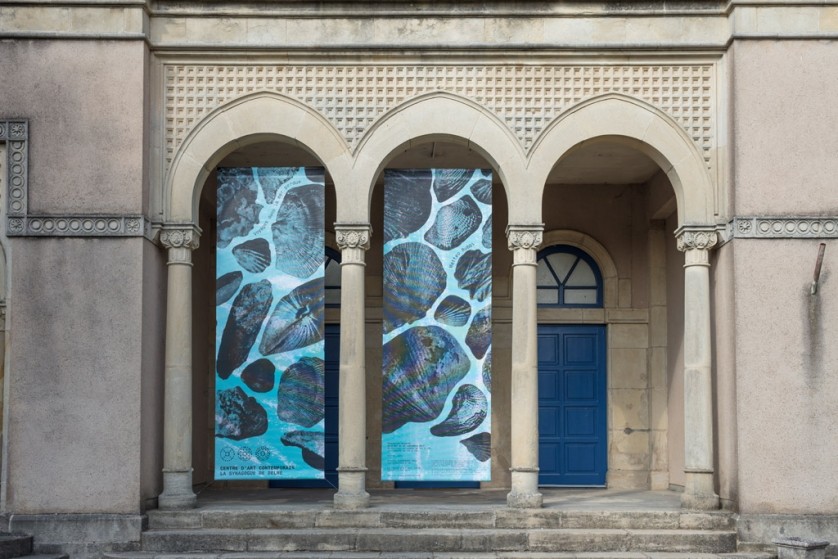 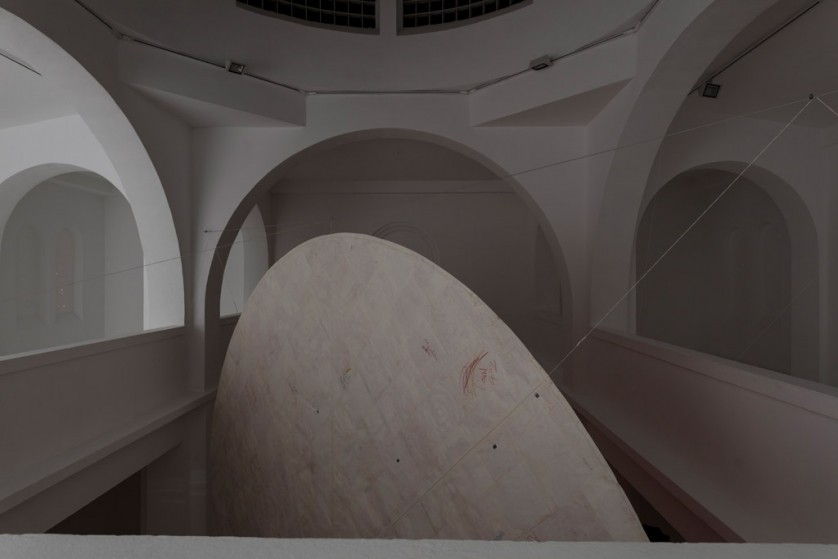 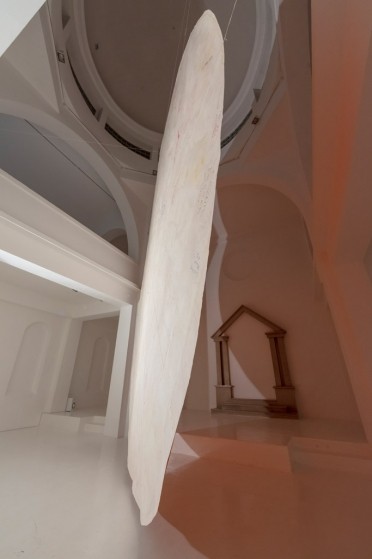 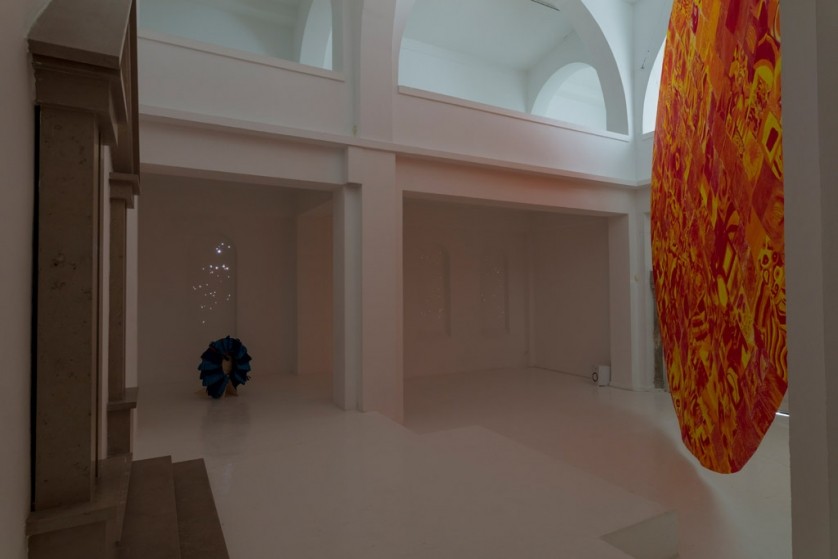 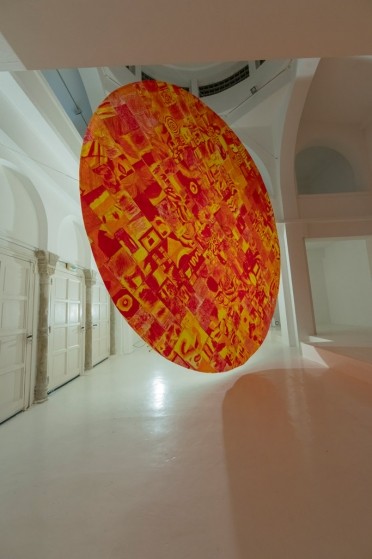 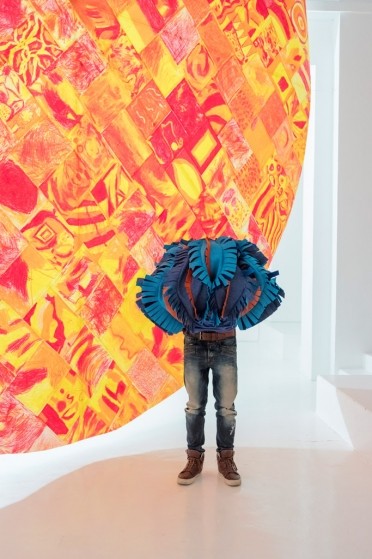 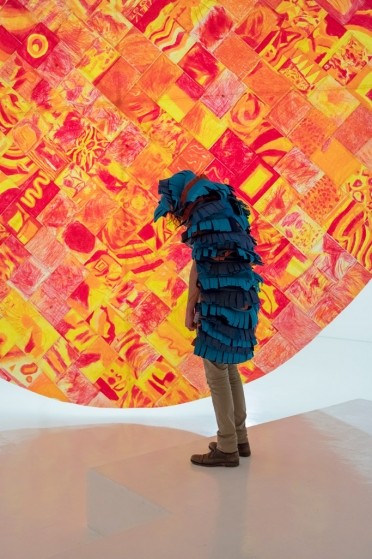 During the Jurassic period 150 to 200 million years ago, the continents and seas were not where they are today. Lorraine was then situated where the Sahara is currently located, in the shallow margins of an ocean called Tethys, near Pangaea, the sole continent of that era. The Lorraine landscape was a warm, shallow sea, dotted with small, biologically rich coral islands.

A lost sea and a raging sun are the two main characters of a story set in the commune of Delme. Matteo Rubbi was interested in the Saulnois region, and wanted to recreate it in its prehistoric version, when it was covered by a hot sea frequented by strange fish and birds. Voyages dans la mer perdue [Journeys in the Lost Sea] is an exhibition conceived and developed on-site at the CAC – Synagogue de Delme, through a series of workshops involving the local population. Matteo Rubbi’s projects are inspired by the contexts and people he meets during his travels. He assembles them for workshops, lunches or walks in the night. History and mythology are pretexts to meet, share and recreate something common. In Delme and its surroundings, it was with the participation of schools, associations, media libraries and rural households that he developed his project in collaboration with other artists. Participants re-appropriated a local history in the form of a constellation of gestures and perspectives, drawings and sounds. The exhibition gradually became a place of metamorphoses and fictions staging fantastical animals.

Whether the aim is to recount the creation of the universe, understand the theory of everything or the periodic table of elements, Matteo Rubbi’s work offers a navigation between the micro and macro, the infinitesimally small and the infinitely large. He likes to bring about impossible meetings, and causes marvellous things to spring out of banality. Playing with temporal interpolation, the past suddenly reappears so that the future comes terribly near. This return to origins is never nostalgic since it connects the contemporary world with other realities, and places things in perspective in order to better contradict certain fixed boundaries: the sun is a hot air balloon, Pluto a grain of sand and Venus an apple seed*. The festive, participatory dynamic of the projects takes shape in order to reveal the invisible, the vanished, the distant. By using simple materials and through collective involvement, he summons faraway lands that are sometimes hard to imagine. Yet everything is or was real, and this presumed unreality is what the artist responds to through action. Reinventing, reconstructing, recreating origins offers new visions of our present time.

From the scientific manifesto to the adventure novel, the narrative dimension of Matteo Rubbi’s work is the stuff of everyday life, giving everyone the possibility of inventing rules to non-existent games, personifying the planets of our solar system, reconstructing a historic ship and creating cosmic scenery. As one of the characters explains in Voltaire’s Micromégas: “[Our sun] trends towards red, [...] and we have thirty-nine primary colours. Of all the suns I have approached not one resembles another, just as on your planet each and every face differs from all the others**”. With a solar energy, Matteo Rubbi assembles imaginary and impossible spaces in which the viewer is invited to find a place, where utopia and heterotopia find themselves linked together. But if the radiance of the tiny revolutions engendered is not always visible, the journeys he offers show the possibility of collectively producing unique cosmogonies, like a reunited sea and sun, an eternity found again.