From Concrete To Liquid To Spoken Worlds To The Word 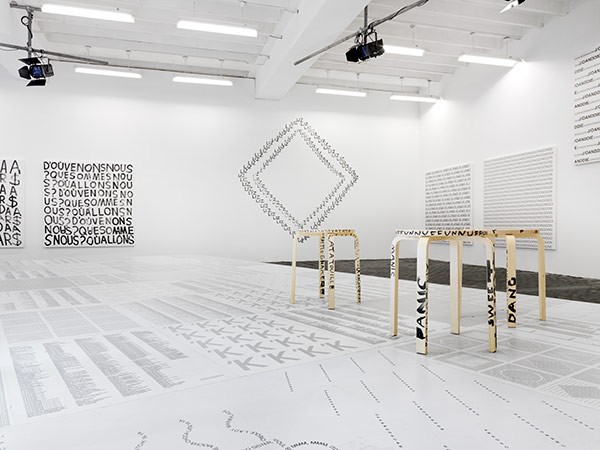 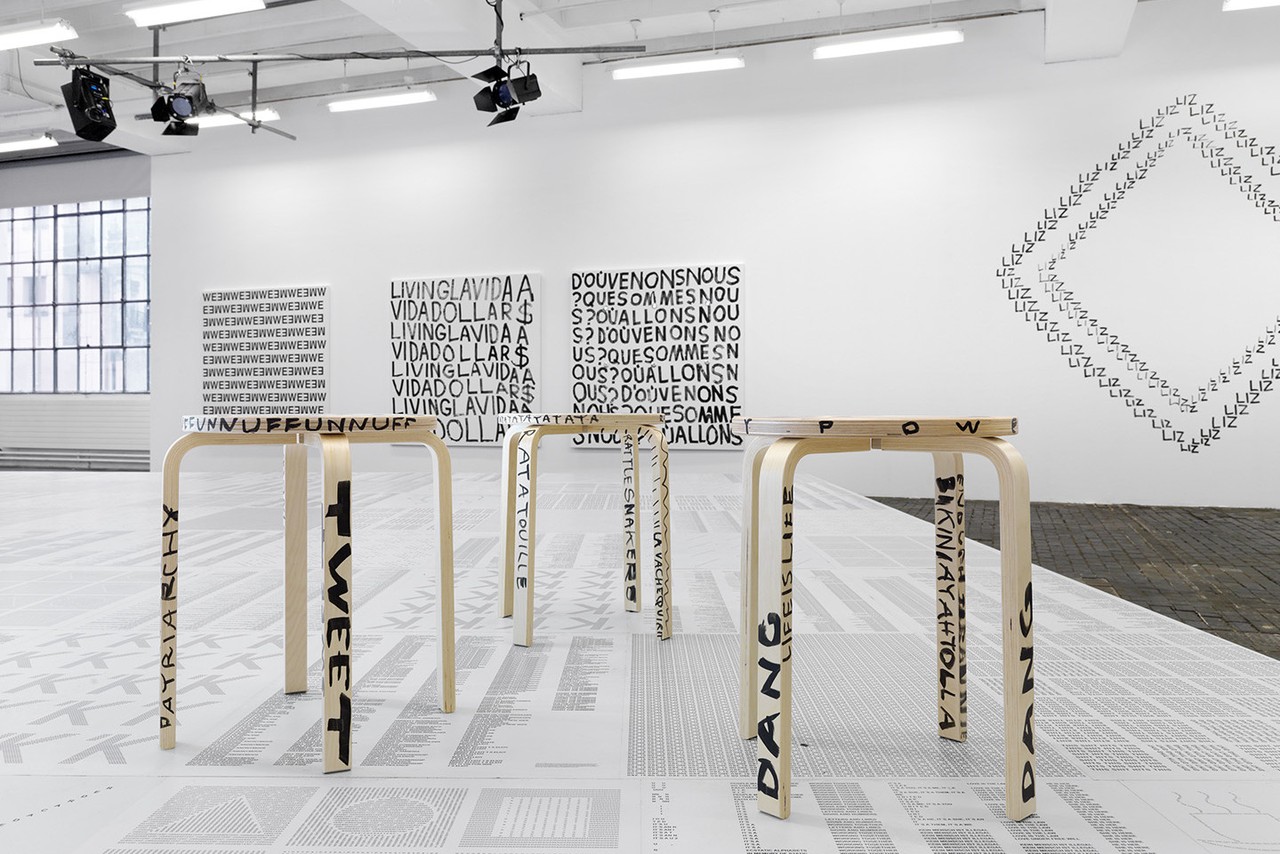 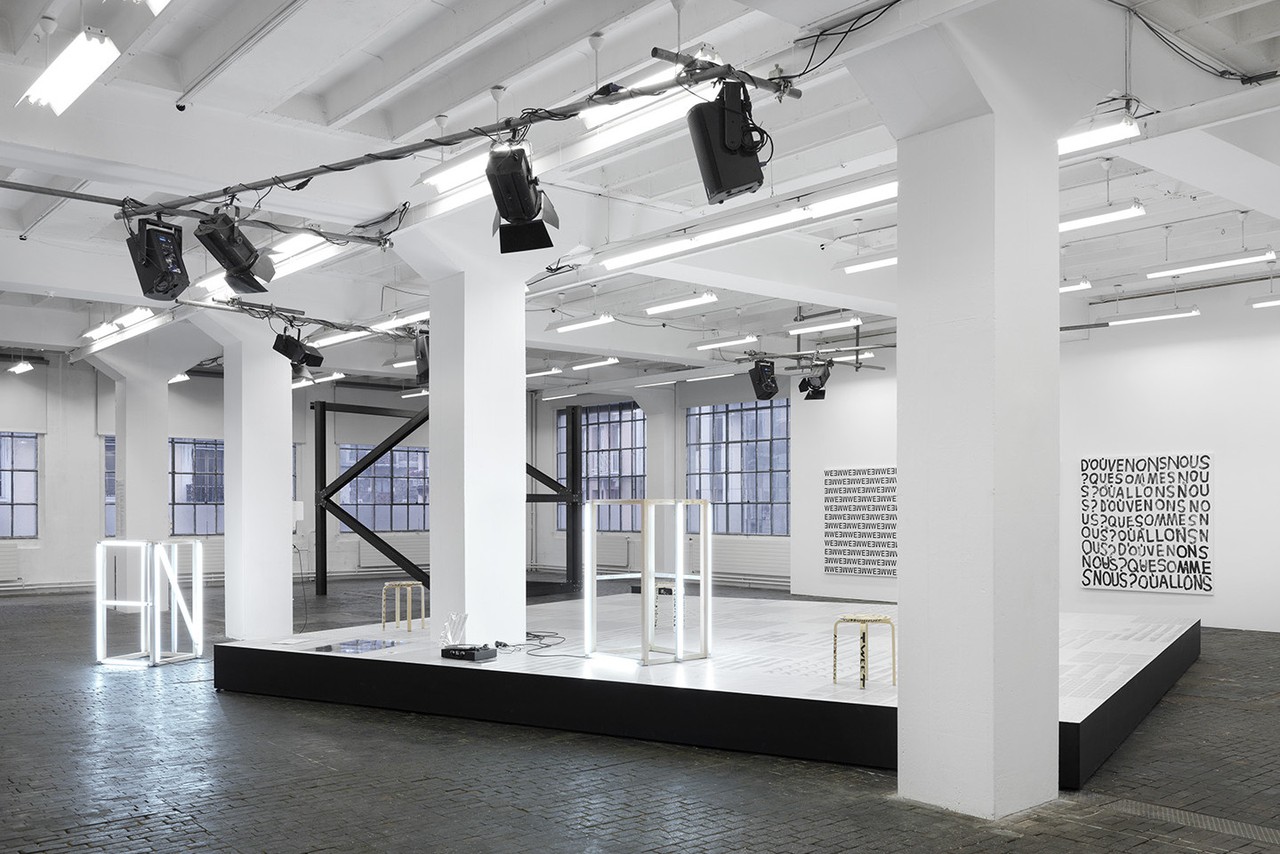 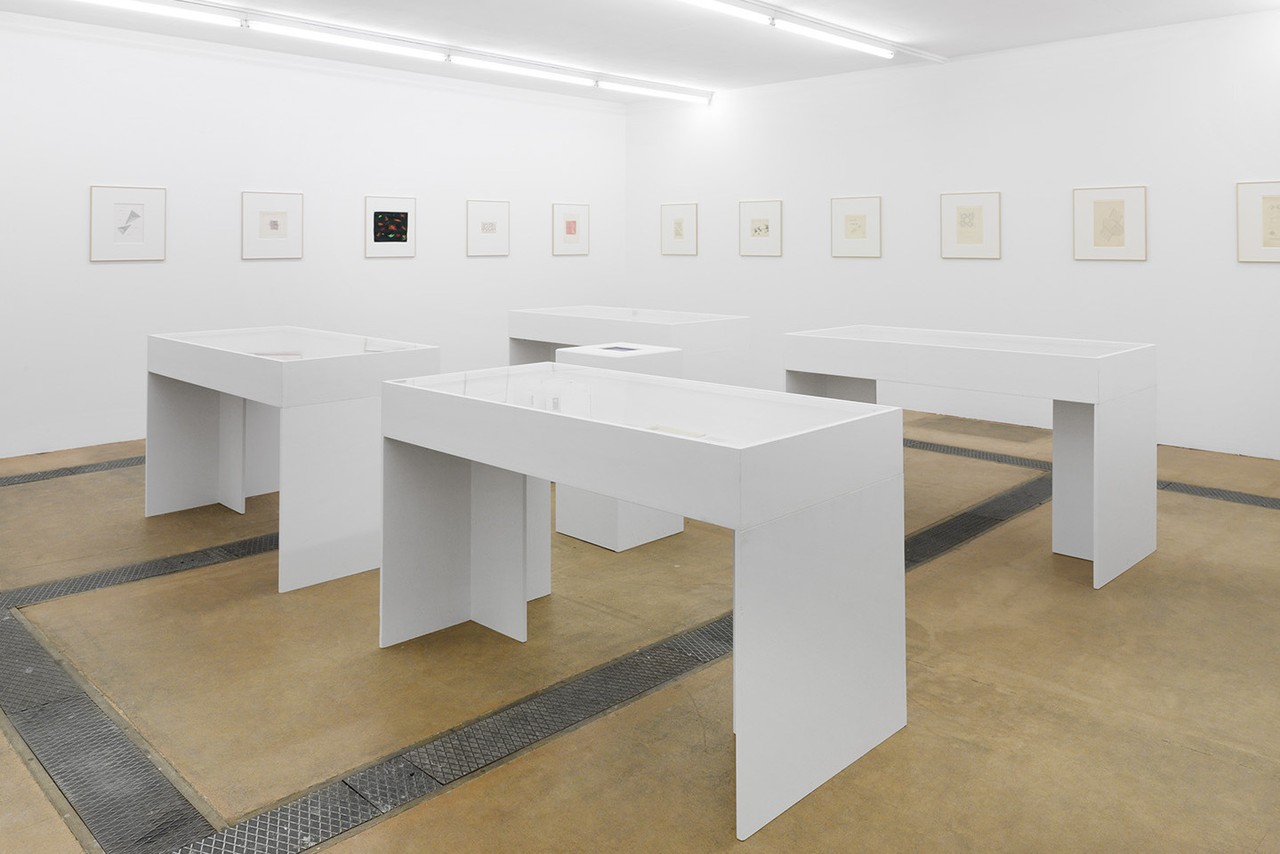 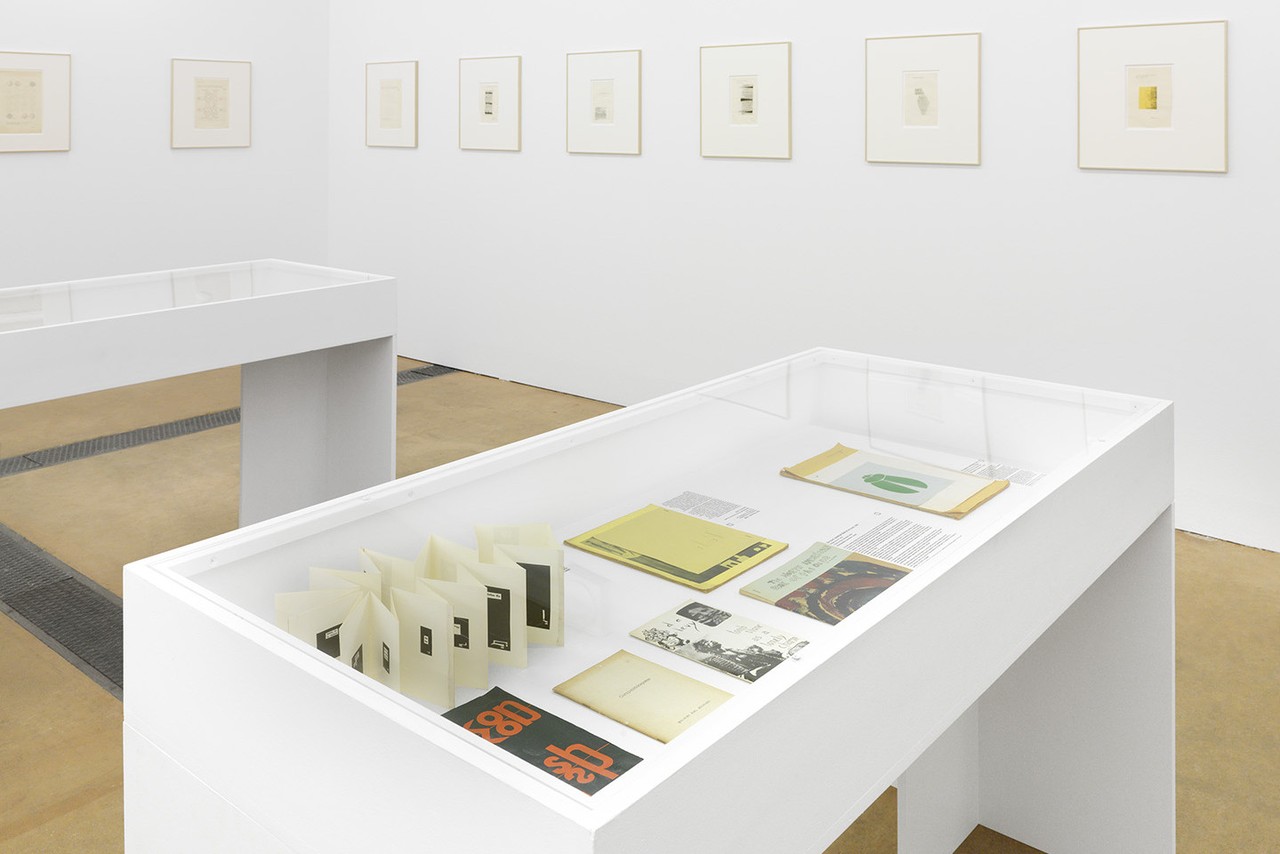 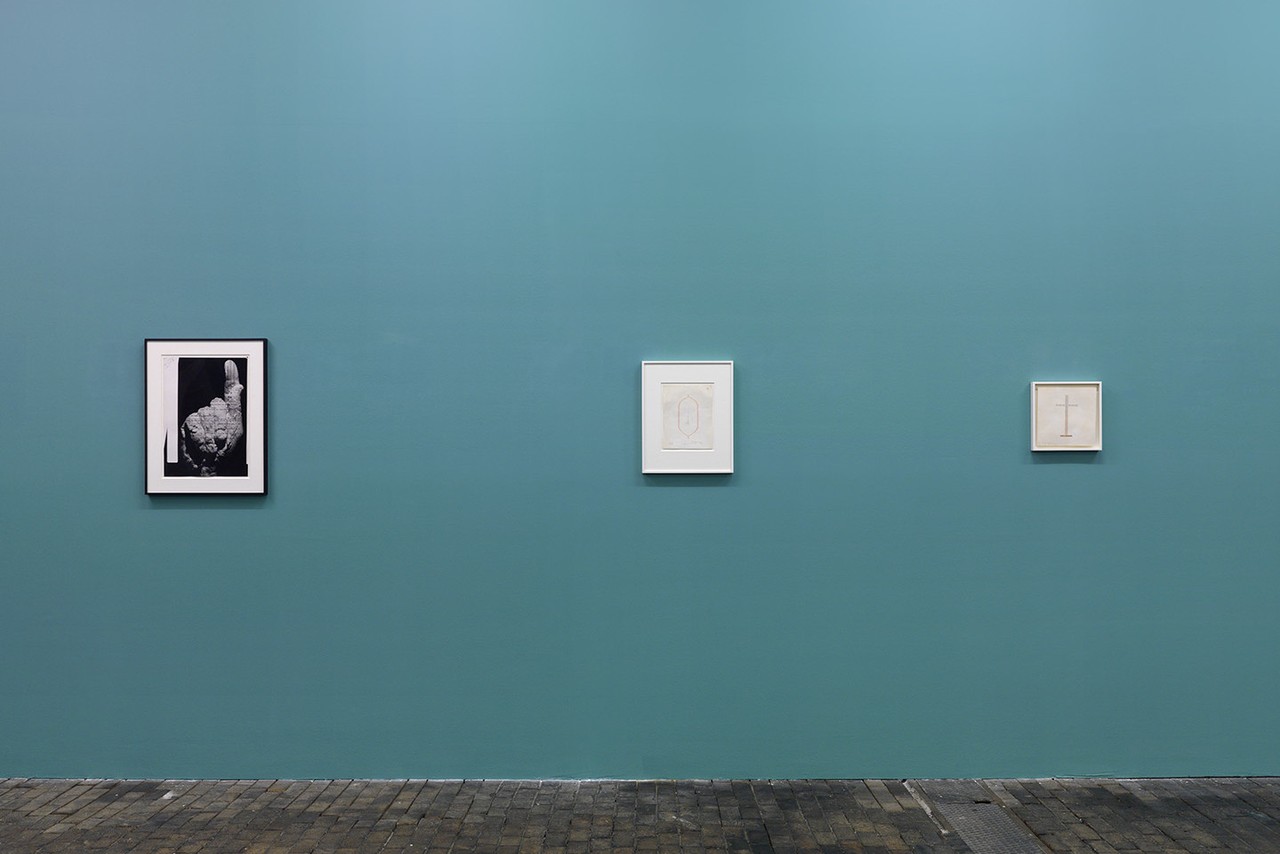 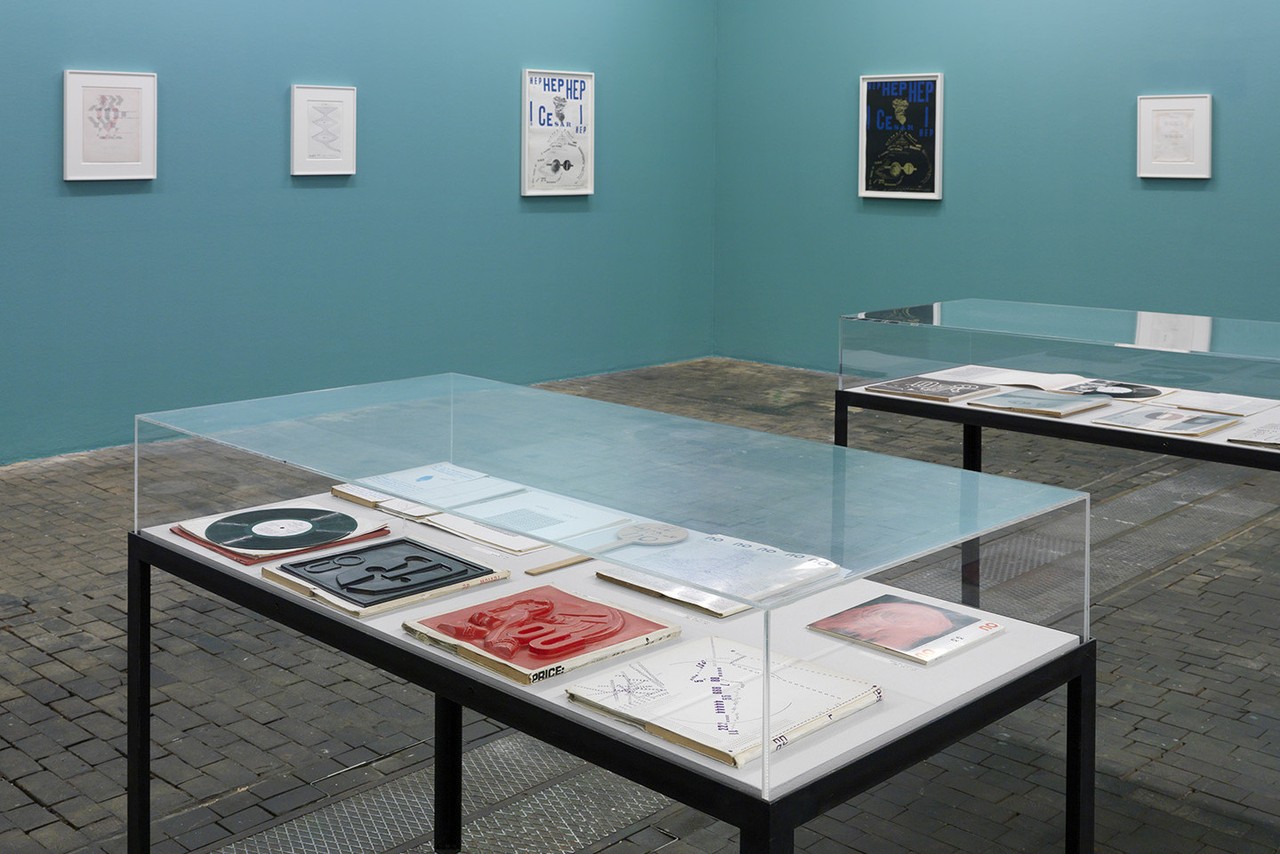 From Concrete to Liquid to Spoken Worlds to the Word explores the emancipation of language through historical and contemporary positions, from the earliest typographic and sound works of concrete poets to poetic experiments in the digital era. This diverse exhibition is accompanied by a series of readings, performances and screenings that reveal the porosity between art and poetry.

The Centre d’Art Contemporain Genève is pleased to present a major project dedicated to contemporary poetry and its various modes of dialogue within the visual culture of our era. The goal of this complex exhibition program is to highlight how in recent years, contemporary art has begun to show a revived and growing interest in the world of poetry and the written and spoken word. Poetry readings and recitals in museums, performances centered on the importance of the text and its recitation, videos where poetic language takes on a role that rivals the visual component: the art of our time appears to be deeply and intimately rooted in words. Just when its fate seemed sealed for good in this chaotic and (seemingly) aphonic civilization of images, the word has returned to the fore among young artists and the viewing public.

The Centre’s program, while tracing this link between word and image to the concrete poetry of the 1960s and ‘70s, will try on the one hand to examine this renewed artistic interest in the word, and on the other to show how the web and social media are introducing new ways of making poetry. The underlying aim is to explore how art and poetry shape each other in an increasingly interconnected world, through ongoing, rhapsodic communication. The “poetic acts” we will be exploring do not even seem like “works of poetry” in the classic sense, since they include a mosaic of texts drawn from videos, performances, and songs, as well as quotes and phrases from the web and its social networks. Social media are turning even the poetic experience into a widespread, everyday social activity that is fragmentary and non-hierarchical. In conclusion, we will look at how younger artists are showing a fresh interest in bringing words back from their digital, liquid dimension and giving them a more concrete, tangible form. With this in mind, Karl Holmqvist has been invited to conceive a platform/space in which words will function like a vast stage set.

HENRI CHOPIN, D.A. LEVY AND DOM SYLVESTER HOUÉDARD
The exhibition program includes a retrospective, on the third floor, of a key neo-avant-garde figure and pioneer of sound poetry and concrete poetry, Henri Chopin (1922-2008); it will feature more than 80 works, including dactylopoèmes, two films, and a sizeable collection of archival documents. Chopin was a poet, painter, filmmaker, independent publisher, and cultural organizer who in the 1950s began using early recording systems to produce a wide range of works based on the manipulation of the human voice.

The Centre is very happy to present, on this same floor, the first exhibition in Europe centered on D.A. Levy (1942-1968), one of the most mysterious, unconventional characters in American culture, who committed suicide at the age of 26. A radical figure, impossible to pin down, Levy can be considered a book artist: he always wrote poetry with the book-as-object in mind, to the degree that his works are considered forerunners of zines, that is, self-produced publications printed using an ordinary photocopier and circulated on a small scale.

The third historical show focuses on another legendary name in concrete poetry, Dom Sylvester Houédard (1924-1992). A Benedictine priest, theologian, and spy for the British army, “dsh” was not just an extraordinary concrete poet, but envisioned a new approach to spirituality, philosophy, and art. His many collaborative undertakings include projects with Gustav Metzger, Yoko Ono, and John Cage.

SPOKEN WORLDS TO THE WORD AND WORD SQUARES, A SOLO SHOW BY KARL HOLMQVIST
While the third and fourth floors are dedicated to concrete poetry, that is, poetry that creates typographical effects on the page, the second floor of the Centre d’Art Contemporain Genève will host a project titled Spoken Worlds to the Word and a solo exhibition by Karl Holmqvist called Word Squares. A considerable portion of this exhibition will be dedicated to performances and readings of poetry and literary texts, featuring artists like Karl Homlqvist himself, Cally Spooner, Giovanni Fontana, Vincent Barras, Elizabeth Lebon, Orion Scohy, Laura Vazquez, Sebastain Dicenaire, Anne Le Troter, Cia Rinne, Tomomi Adachi or Chris Mann.

On the second floor, the duo Invernomuto will also present a musical overview – I Lick Chopin – of authors whose lyrics give a prime role to the spoken word and the recorded word, aware or not aware of Chopin’s research into the “new word”. The program will include a variety of artists including Ben Patterson, King Tubby, Rp Boo, Dennis Tyfus, Halim El-Dabh, Rammelzee, Napalm Death, PNL and many more.

CINEMA DYNAMO
What happens when a poet starts making YouTube videos or animated GIFs? The Internet provides its own equivalents to traditional poetic forms such as sonnets and the haiku—Twitter's 140 characters of text, Instagram's square images and short video clips, and the impermanent "stories" made popular by Snapchat and later added to other platforms. This new selection of Internet-based poetry, curated by Steve Roggenbuck, reminds us that just as language is everywhere, poetry can be everywhere. Various projects brought together by Carla Demierre and Ceel Mogami de Haas (one gee in fog) will be screened parallel to this selection.

This ambitious exhibition is accompanied by a series of readings and performances and will take over all of the Centre's spaces, from the exhibition rooms to the Cinema Dynamo, from the staff offices to the bookshop, which will host a selection of books on concrete, conceptual and post-internet poetry from Black Ocean, Canarium Books, Contrat Maint, Futurepoem Books and Héros Limite.

The project From Concrete to Liquid to Spoken Worlds to The Word is produced by Centre d’Art Contemporain Genève and based on a concept by Andrea Bellini, who will curate the exhibitions on Henri Chopin, D. A. Levy and Dom Sylvester Houédard, and co-curate the second-floor project and parallel programming in collaboration with Mathieu Copeland.
www.centre.ch