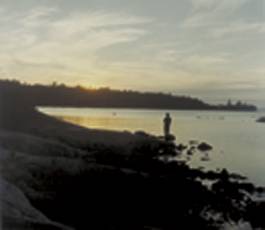 BAS JAN ADER
"All is Falling"

This is the first ever one person show in a UK public space of Dutch artist Bas Jan Ader (1945-1975). He lived and worked in California until his mysterious disappearance whilst attempting to cross the Atlantic single-handed for his last unfinished work. Influenced by the conceptual and performance-based art scene of the West Coast including artists such as Bruce Nauman and Chris Burden, Ader's own work is characterised by a fusion of the melancholic, the romantic and the humorous. Farewell to Faraway Friends, 1971, Museum Boijmans van Beuningen Rotterdam