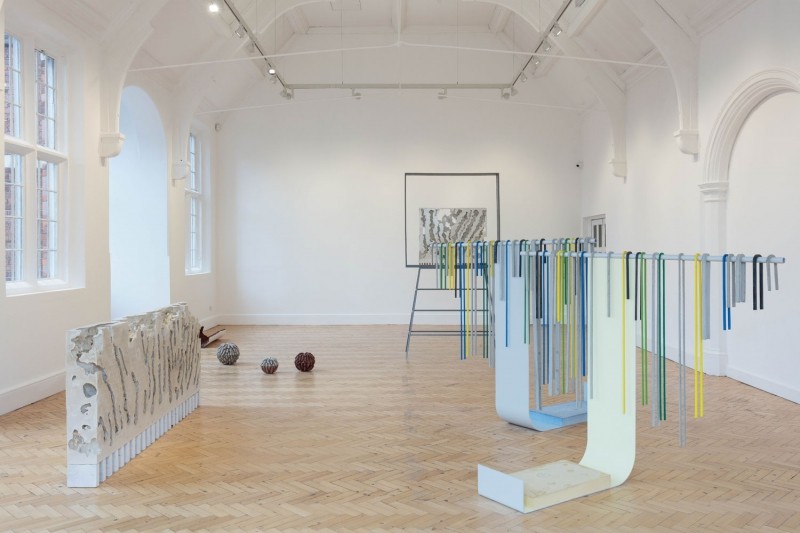 Florian Roithmayr presents a new body of sculptural works which observe material transformations in the processes of making. Capturing the unexpected gestures that occur in the interstice between mould and cast, the sculptures embody the consequences of one surface, material or body yielding another. The configuration of the exhibition changes daily at the inclination of the front of house team as Roithmayr sets up parameters before relinquishing control of the works.

Interested in labour that renders itself invisible upon completion, Roithmayr has undertaken intensive internships, shadowing engineering specialists such as a car surface decorator and a concrete beautician, who manipulate materials to perform beyond their physical expectations. The sculptures act not as discrete objects but as representations of an accumulation of research, process and production.