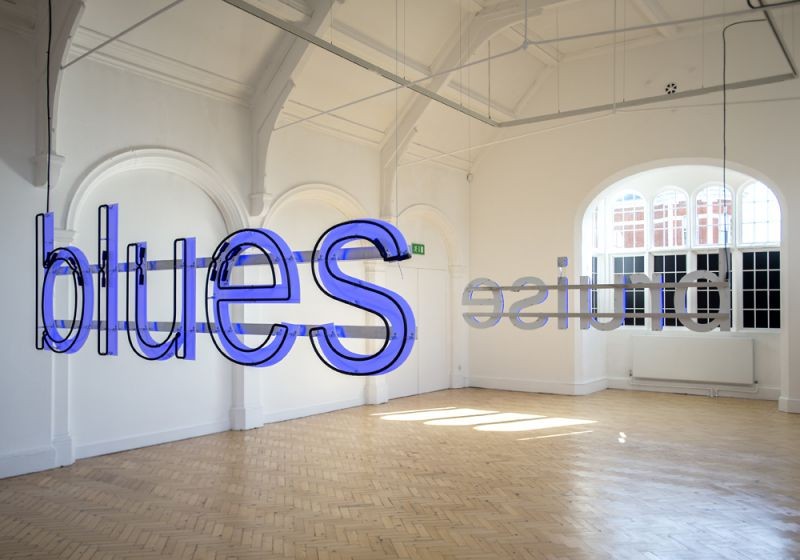 Over the autumnal months, Camden Arts Centre presents Glenn Ligon: Call and Response, the first exhibition in a UK public gallery for the celebrated American artist.

One of America's most distinguished contemporary artists, Ligon (b.1960) has been deeply engaged with the written word throughout his career. Drawing attention to the problems of language and representation, he addresses pressing and challenging topics of race, language and sexuality. His works reconsider and re-present American history, especially narratives of slavery and civil rights, within a contemporary context. Best known for his stencilled text based paintings, he weaves together wide-ranging influences from literature, visual arts and popular culture. Over the past 10 years, Ligon has also been dedicated to interrogating these themes through his prolific and astute writing and interviews.

For his exhibition at Camden Arts Centre, Ligon presents a new series of large paintings based on the 1966 seminal taped-speech work, Come Out, by Minimalist composer Steve Reich. Come Out is drawn from the testimony of six black youths arrested for committing a murder during the Harlem Race Riot of 1964. Known as the ‘Harlem Six’, the case galvanised civil rights activists for a generation, bringing to attention police brutality against black citizens. Echoing Reich’s overlapping repetition of words and phrases, Ligon’s silkscreen paintings overlay the words to create slowly shifting and rhythmic effects.

Ligon is creating a new neon work, which draws on the words of Daniel Hamm, one of the ‘Harlem Six’, describing the police beatings. Neon letters, suspended for visitors to walk amongst, blink on and off in a cycle reflecting Reich’s work. Ligon’s neon works continue his interest in pushing text and speech to the point of abstraction. As with his paintings, they encourage the viewer to oscillate between reading and looking.