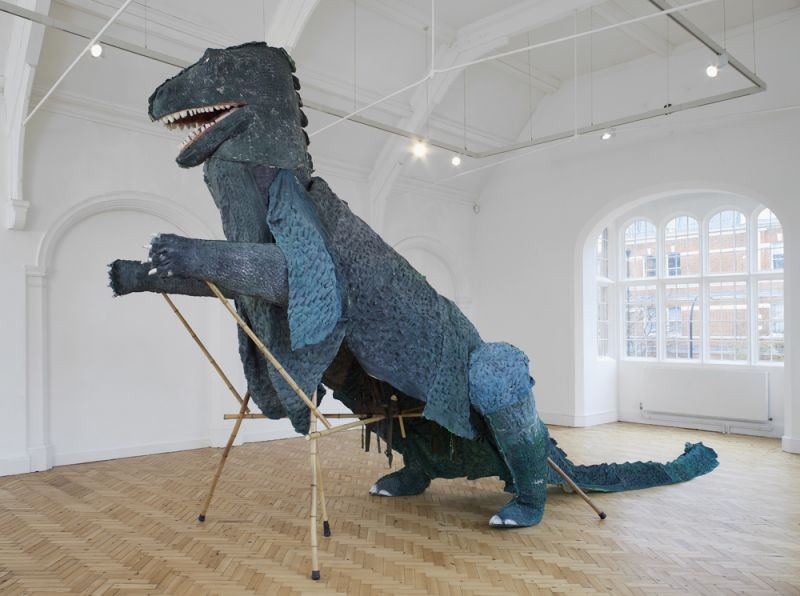 British artist Serena Korda has produced an ambitious, theatrical rendering of animal symbolism and folklore in Aping the Beast. The central spectacle is a towering monster puppet handmade in latex, reminiscent of early B-movies such as Godzilla or The Beast from 20,000 Fathoms. Within all her work Korda is interested in the way secular beliefs and superstitions are channelled through images in popular culture.