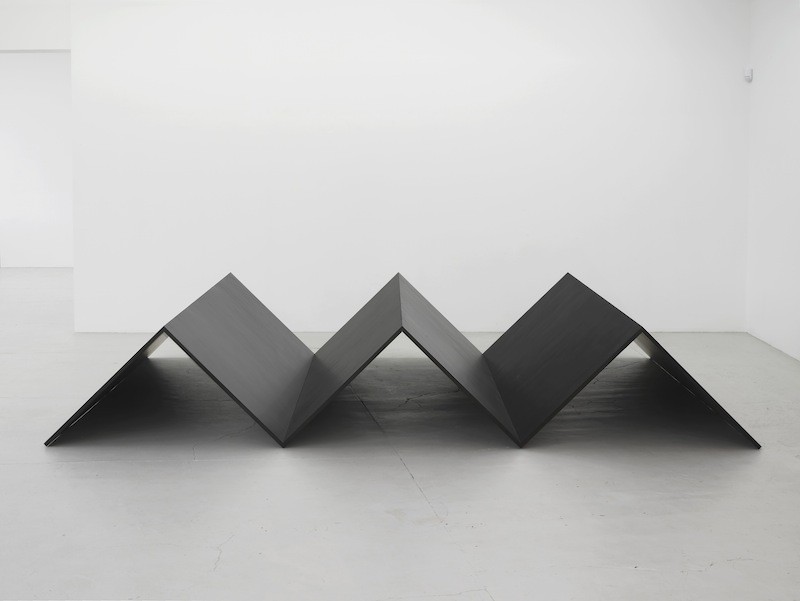 Campoli Presti is pleased to present Olivier Mosset's second solo exhibition with the gallery following his solo exhibition at Indipendenza Studio, Rome in 2012. Mosset emerged in the Sixties and has been associated with a multitude of art historical movements and contexts. Although his work addresses purest ideals reflected in the Minimalist colour-field painting of Barnett Newman and Ad Reinhardt, the artist began to critique Modernist value systems in painting during his involvement with Daniel Buren, Michel Parmentier and Niele Toroni in the group BMPT.

In anticipation of many artists, who in the 1980s would use appropriation as a tool to critique Modernist authority, Mosset called into question the painter’s gesture and signature by sharing visual styles and dissolving authorship in order to reach a 'degree zero' of painting. The Academic Paul Eli Ivey sums up Mosset's predicament thus – “[He] opens a dialogue with the history of abstract art, and at the same time criticizes the ontological status of pure painting.” [1]

Juke (1990) is an expansive canvas of a scale suggestive of billboard signage. A 'two colour' principle Mosset has used since the 1980s is employed to render a 'zig zag' in orange over a background of pink. An orange line bounces from edge to edge of the canvas, as if to stress the physical limits of painting lying in its object-hood. For Mosset, painting is an object in the world rather than a zone for reflective subjectivity.

The sculptures ZZ 1 and ZZ 2 (both 2009) echo the motif in Juke and demonstrate the artist’s history of using letters in his work. Mosset began using single letters early on in his paintings. His series of circle paintings depicting the letter O functions as a catalyst to subvert the tradition of painting’s value principle of singularity over multiplicity.

The ZZ sculptures borrow part of their respective titles from a sculpture by Barnett Newman made for the exhibition Recent American Synagogue Architecture at the Jewish Museum in New York in 1963. The title of that work - Zim Zum - originated from the Hebrew "Tzim Tzum", meaning reduced or concentrated. In Kabbalah, the term means self-contraction of God to create a space for creation. ZZ is a further reduction (and appropriation). ZZ 2 is a flipped version of ZZ 1 - and vice versa. Either way, they demonstrate Mosset’s lexicon bankrupting value systems and diluting the authority of high abstraction while still investigating its persistence.