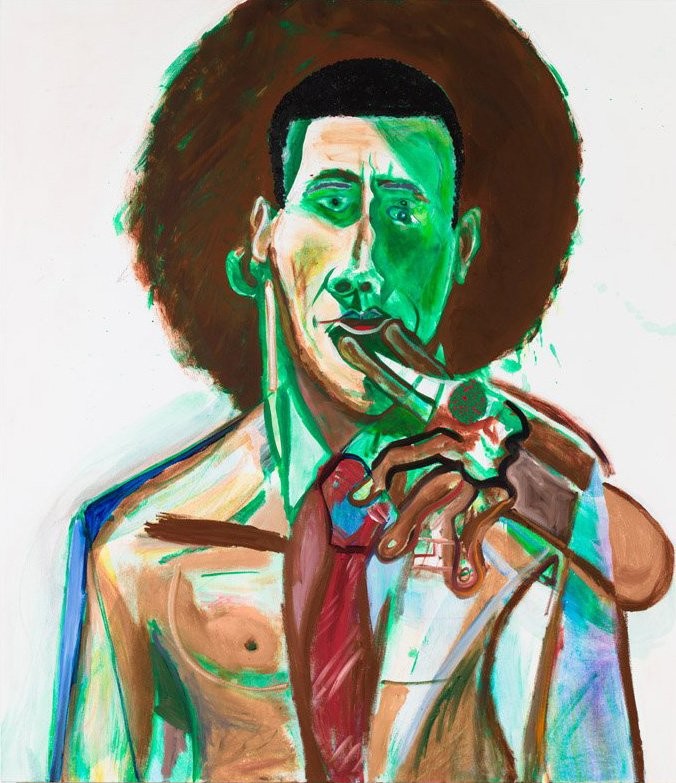 CANADA is pleased to announce Jason Fox's upcoming exhibition, Supernaturalism.
In Supernaturalism, Fox has produced a magic series of portraits. The paintings seem to ask: George Harrison, Dee Dee Ramone, and Barak Obama walk into a bar... Dylan, sitting by himself in the corner, answers: are you my dog? They recall seventh grade prophets covering the back of social studies textbooks and filing Maximum Rock n’ Roll scene reports while waiting for the subway and the wall. They insist on total freedom.

Early in his career, Fox resolved to paint with unabashed style about things he loved. He painted humanoid rock monsters with clown noses, and professional athletes spinning basketballs in Roman armor. Obsessive detail and psychedelic wish fulfillment were the key ingredients. In recent years, Fox has come to articulate his sensibilities with looser strokes. The energy of these paintings is both relaxed and eclectic like a good guitar riff. We are thrilled to welcome Jason to the program.

Jason Fox was born in 1964 in Yonkers, New York. He currently lives and works in Poughkeepsie, New York. Fox received a B.F.A. from Cooper Union, New York and a M.F.A from Columbia University, New York. National and international solo exhibitions include shows at Feature Inc., New York; Peter Blum, New York; Mario Diacono at Ars Libri, Boston; Greener Pastures Contemporary Art, Toronto, Canada; and at the Museo de Arte Carillo Gil, Mexico City. Past group shows include Every Revolution is a Roll of Dice organized by Bob Nickas at Paula Cooper Gallery and at the Ballroom Marfa, Texas; That is Then...This is Now and Greater New York at P.S.1, New York; and Drunk vs. Stoned at Gavin Brown’s Enterprise.
www.canadanewyork.com