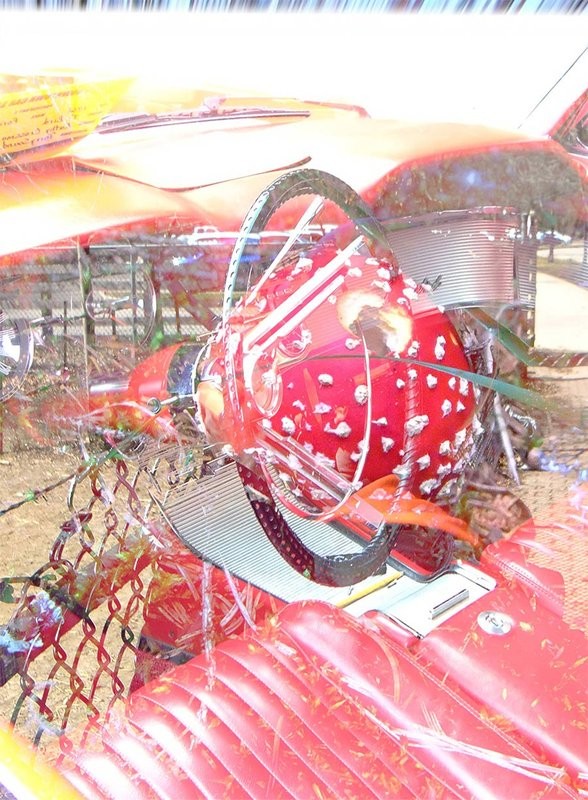 CANADA is pleased to present title flight tiger compound returns, a solo exhibition by Willy Le Maitre. In his new suite of lenticular photographs, Mr. Le Maitre continues to test the acuity of our perception. Drawing from his background in painting and time-based art forms, Le Maitre arranges snapshots into densely layered compositions that allude to the three-dimensional and seem to propel us through space. Le Maitre plays off the aesthetic of street photography, transforming his subjects, places, and anecdotal scenes into poetic assemblages: a fleet of taxicabs merge with the spoils of a mushrooms foray; two lovers appear in sun-dappled puddles that drift into a waterfall; the dismantling of an art fair interleaves with a child's sofa fort. They are kinetic photographs built from casual glimpses and in a state of constant flux; intermingling images observed, thought, remembered and dreamed..

Willy Le Maitre (b. 1965) produces lenticular photographs, videos, installations, and live performances. His work has been exhibited and screened at the TIFF Cinematheque, New Museum, The Kitchen, CCS Bard Galleries, Bitforms and the Baryshnikov Art Centre. He served as faculty at the Banff Centre for the Arts, and is the recipient of the Telefilm prize at Images Festival in Toronto, Canada, as well as the Vida Film Festival prize in Vida, Spain.
Le Maitre currently lives and works in Toronto and is represented by CANADA.
www.canadanewyork.com