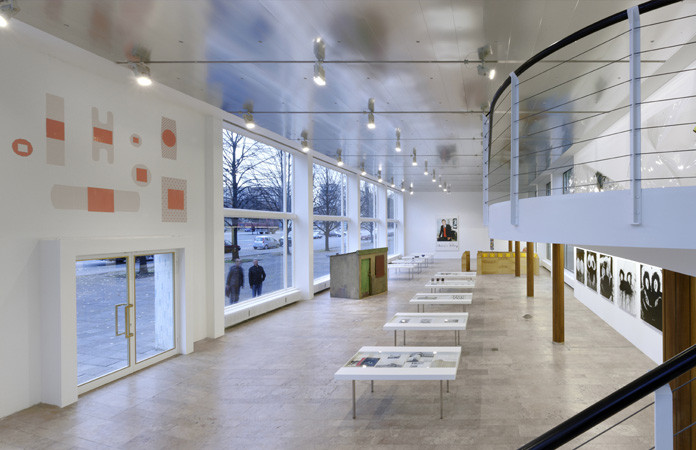 From 1961 to 1964 seven landmarks of East German architecture were constructed on Karl-Marx-Allee, the principal thoroughfare of Communist East Berlin and, ultimately, the route to Eastern Europe and Moscow. ‚Kunst im Heim‘, or Art in your Home, was the name of Karl-Marx-Allee 45, a classic example of East German Modernism, designed by Josef Kaiser and Walter Franek and built in 1964 to house displays of Fine and Applied Arts from the Republic and elsewhere in the Eastern Bloc.

For ‚Kunst im Heim‘, artists of Galerie Gisela Capitain and Friedrich Petzel Gallery have been invited to respond to the architecture, form, history and surroundings of the pavilion. Following research of archival imagery and architectural publications from the period, ‚Kunst im Heim‘ era display-cases have been recreated to be installed in the building, allowing the artists to interract with the space, both from its historical perspective and also as a gallery of Contemporary Art, with three very differentexhibition spaces.
www.capitainpetzel.de