A swarm of two 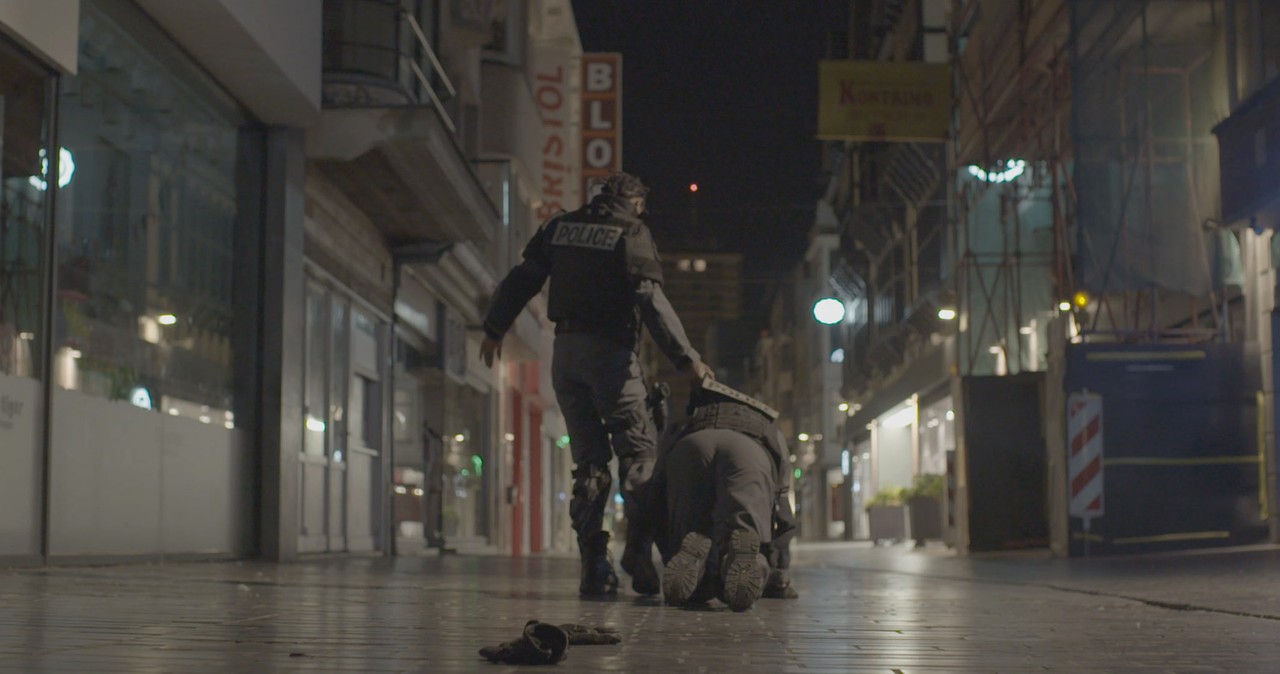 Mik’s film installations often address moments of social order and disorder, troubling the distinction between fiction and documentary. He cultivates a sense of disorientation in his work, a feeling that is heightened by the scale of his video screens enfolding the viewer while the spatial arrangement of the projection changes the conditions of the very act of viewing itself.

Aernout Mik has taken bankers, religious evangelists, truck drivers, refugees, or earthquake victims as the subject of past videos. Yet, as curator Ralf Rugoff notes, “None of these mute figures is ever delineated as a distinct character or a psychological subject. Instead, Mik’s camera regards them all with a leveling gaze that diminishes and blurs their differences, leaving us to consider the collective identity of those who, under different conditions, might appear as discrete individuals.”

In his most recent work, A swarm of two, Mik directs his attention towards a duo. In this silent, two-channel video two police officers roam the streets of Ostende at night. Heavily armed and uniformed, they undertake a seemingly never-ending trek through deserted shopping areas. Their costuming nods towards the visual codes that symbolize “security” during times of terror. However, their nocturnal wanderings emphasize the ambivalence of security rather than its brute force.

In the darkness of the city, the order of swarms takes over. The policemen partially shed their uniforms-an armor of unwavering authority-to reveal something darker, more indistinct. Order breaks down and the act of “policing” gives way to a dynamic interplay between the two officers, gestures that fluidly veer between the sexual and the hostile, the amicable and the disaffected. Cast adrift, whether hand in hand or prostrated on their knees, they improvise a choreography of power, subservience, attraction, fear, suspicion, and turmoil.

A swarm of two was commissioned by Mu.Zee for „The Raft“, Ostend and co-produced by Argos, Brussels.
www.carliergebauer.com