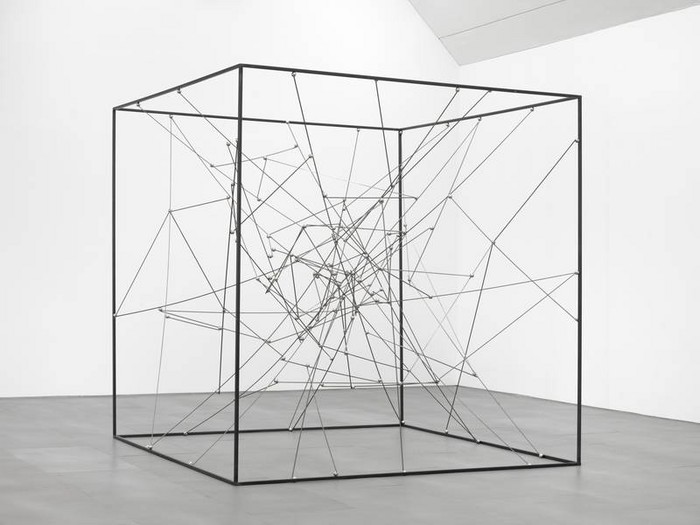 carlier | gebauer is glad to announce its 8th solo exhibition with Belgian artist Michel François. The show will open on December 10th, 2010 at 6pm on Markgrafenstraße 67, and will be on view until February, 2011.

Questioning the formal rhetoric of the classical genre of sculpture, Michel François‘s work presents both industrial strengh and sublime fragility, as to consistently explore the potential offered by each material in terms of space, volume and balance. This oscillation between extremes - inside/outside, humble/luxurious, intimate/public - presents its beholder‘s art with an elegantly obsolescent taste, which, observed more closely, brings to light a series of strong bonds between the pieces, and a poetic dialog with the space they are placed in.

Michel François’s show at carlier | gebauer will stage a fundamental meditation of the artist on his own recent spatial strategies. The exhibition presents a threefold artistic structure, in which a broken windowpane will welcome visitors at the entrance of the gallery, referring to the artist's retrospective at Villeurbanne‘s Institut d‘Art Contemporain and at SMAK (Gent) "Plans d'évasion" (2009-2010), while the installation in the left gallery space engages on a material level with this monographic exhibition-format. In the right gallery space, large- as well as small-scale sculptures manifest the artist‘s formal choices in several modalities.
www.carliergebauer.com