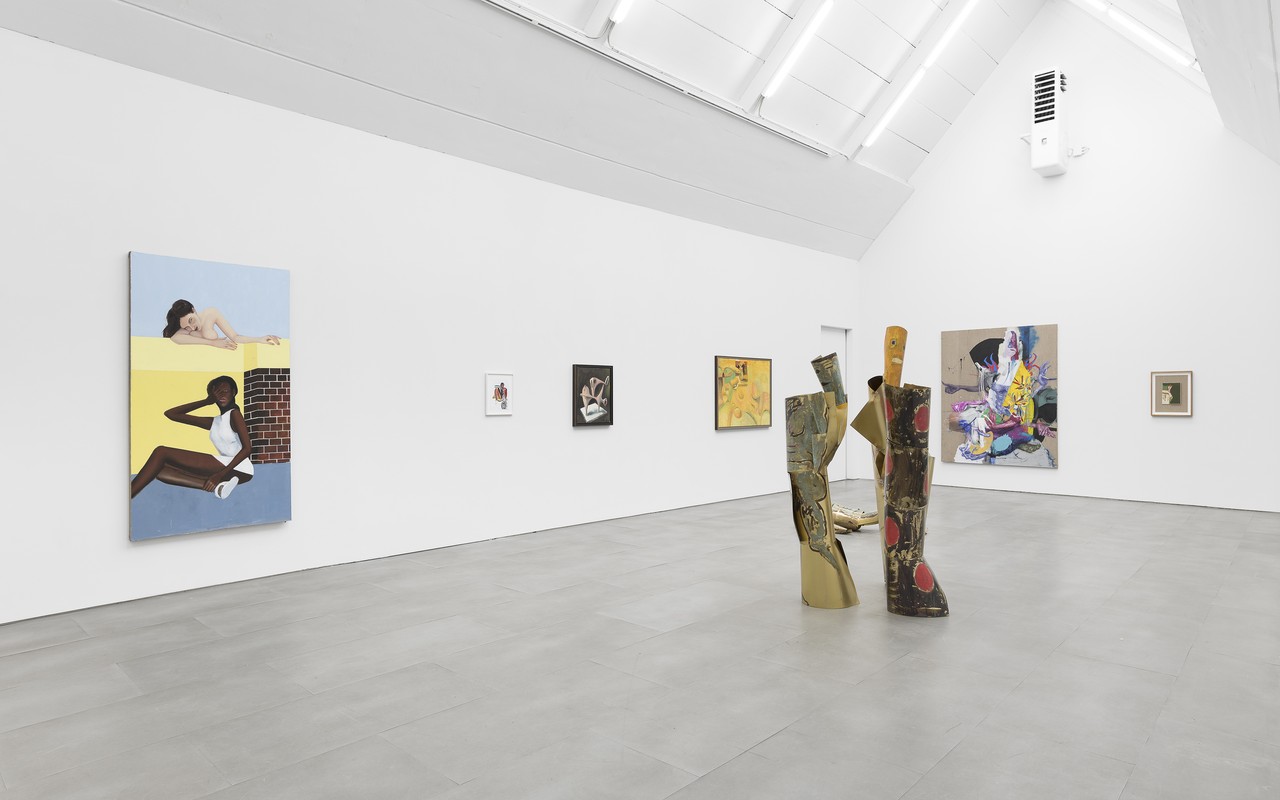 A latent urgency connects the works of the artists included in One Long Changing Body*, which manifests itself in the distinct manner in which each artist approaches the human form. Seen as a constellation, this group of artists forms a “variation” on the notion of intimacy. A kind of repetition or alteration of a theme, each artist presents his or her own particular permutation of this common, yet increasingly fraught, human condition. A desire for connection; empathy and attraction; a compulsion to memorialize lovers, friends, or family members; the boundaries between the self and the other—these are all subthemes that emerge through the works in the exhibition.

Louis Fratino (b. 1993, New York) once described his painting practice as “one long changing body”, a phrase that evokes delicate and dynamic entanglements between the self and the other—and the transformation that such entanglements elicit. Fratino distills fragments of memories to depict fleeting moments: an embrace, a sidelong glance, a moment of repose with a lover. The graphite drawing Study for 2 depicts two men reclining on their sides. Much of the image is occupied by the graceful swoop of one man’s spine and buttocks, obscuring the rest of the scene and most of the second person from view. Yet by accentuating the obscured lover’s eye (the only part of his face that is really visible) and the gentle hand upon his neck, Fratino underscores the tender moment shared. Apolonia Sokol (b. 1988, France) has described her models as “my loves at first sight, my friends, my lovers even”. Her engagement with her subjects is fueled by—in her own words—“empathy and desire”. By depicting them on a 1:1 scale, she enters into a physical “embrace” with the figures her paintings depict: friends, lovers, family members, and the artist herself. Tomasz Kowalski (b. 1984, Poland) draws upon dreams and childhood memories in many of his works. The kaleidoscopic perception of childhood, particularly under the influence of fever, has influenced the genesis of a number of his figures. A recent gouache depicts a slender figure leaning backwards, falling into the grasp of sinewy ghostlike hands. Jens Fänge (b. 1965, Sweden)’s work Billow depicts a woman reclining in profile. Enfolded within a forest green cut-out, the dramatic foreshortening of the image invites multiple readings—it’s unclear whether her pose is erotic or distressed. The work of Anton Henning (b. 1964, Germany) teems with art historical allusions and melds figuration with geometric and gestural abstraction. The looping, biomorphic forms of the paintings on view reveal a savage engagement with the body. Peter Stauss (b. 1966, Germany)’ recent paintings irreverently mix comic references with fast food, super heroes, body-building, and leisure. He often explodes the figure, rendering different parts of the body as outlandishly outsized or pathetically shriveled. His poppy, vibrant compositions prise the body open, disrupting the boundaries between the figure, the space it inhabits, and the things that it possesses. Vincent Gicquel (b. 1974, France) shares Peter Stauss’ keen sense for the juncture between alienation and the tragi-comic. His figures appear more cartoonish than human and engage in dispassionate sexual encounters in banal, pastel-colored landscapes. Caroline Mesquita (b. 1989, France) folds, cuts and welds large metal sheets to create her sculptures, which she then polishes, patinates, oxidises and paints. Splayed on the floor, the life-sized sculptures included in One Long Changing Body* seem in thrall to one another, capturing the moment just before, or after, a tryst.