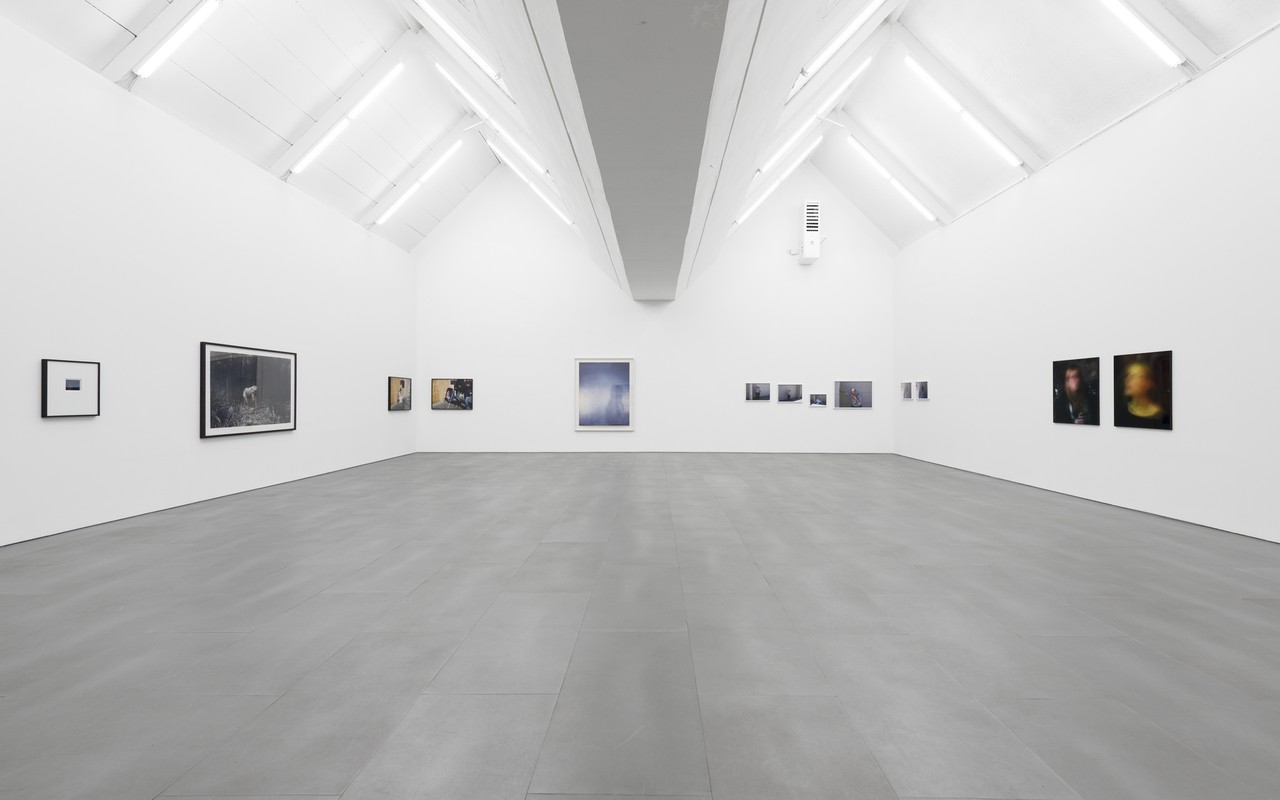 The Extended Moment is an attempt to explore artistic strategies around the photographic image. Now or Never (The Speakers Corner project) by Michel François shows a moment consciously blurring the line between reality and staged scenery. Michael Wesely’s photographs challenge the traditional time of the camera catching and merging moments into one. Andreas Mühe’s works masterfully reenact the perception of historical time. In A Shimmer of Possibility Paul Graham sequences the very nature of photography. Moments are captured and shaped questioning purpose and reality.

Sebastian Diaz Morales (b.1975, Comodoro Rivadavia) films and video installations consistently return to an examination of the linguistic and visual possibilities of narration. Influenced by South American avant-garde cinema, documentary approaches, and art films, Diaz Morales taps into the possibilities opened up by digital processing: the original video sequences become raw material for a practice that dissects the image and recomposes it. Sebastian Diaz Morales lives and works in Amsterdam. He is currently exhibiting at Museum für Gegenwartskunst Siegen, Siegen and will be participating in the 2017 Venice Biennale.

Michel François (b.1956, Saint-Trond) challenges and contaminates the everyday logic, erasing the line between realities and staged scenery. Michel François is currently exhibiting in Maison Particulière, Brussels; Centre Wallonie-Bruxelles, Paris; and BPS22, Charleroi. He has an upcoming exhibition at Wiels, Brussels. He lives in Brussels.

Paul Graham (b. 1956, Stafford, England) was among the first photographers to unite contemporary color practice with the "documentary" genre at the beginning of the 1980s. His collection The Present is Graham’s contribution to the legacy of street-photography and presents parallel worlds, where both the past and following moments are displayed side by side. Paul Graham lives in New York.

Santu Mofokeng’s (b. 1956, Johannesburg) series Chasing Shadows rearranges conventional subject matter with spiritual dimensions, studying the notions of belief as both an integrative element imparting meaning but equally its use as an instrument of power. The essence of his photographs can therefore not be found in the visible, but rather lies in what is said in the invisible. Mofokeng lives in Johannesburg.

Andreas Mühe‘s (b. 1979, Karl-Marx-Stadt) photography consciously creates staged images. His work is permeated by themes such as power, ideology, past and vanity. In his most recent body of work, Mühe troubles, through seemingly small twists, the vocabulary of a fascist aesthetic. His photography analytically reconstructs images of German history that have long since been banished from visual memory. He has won numerous photography prizes, including the Hansel Mieth Prize and the Lead Awards. He has an upcoming show at Deichtorhallen, Hamburg and has just finished an two-person exhibition with Markus Lüpertz at Kunsthalle Rostock, Rostock. Andreas Mühe lives in Berlin.

Paul Pfeiffer (b.1966, Honolulu) is well known and celebrated for his highly sophisticated use of digital technologies and new media, probing the way these technologies at once shape and alter our daily visual experience. By digitally manipulating or erasing elements from iconic images, many of them taken from sports events or Hollywood films, Pfeiffer adopts today’s frenetic visual language in order to explore our culture’s obsession with spectacle. Four Horsemen of the Apocalypse (04) is a fragment from some of the last photos taken of Marilyn Monroe before her death. Without its famous model visible, the photo becomes a presentation of absence and of vanishing, and the last bit that is left, the part we cannot touch. Paul Pfeiffer lives in New York.

Michael Wesely (b. 1963, Munich) employs a unique, analog technique that explores extended exposure, enabling him to capture the passing of time. His images thus become intricate studies of past moments, highlighting the complex and intricate nature of time. Michael Wesely lives in Berlin.
www.carliergebauer.com