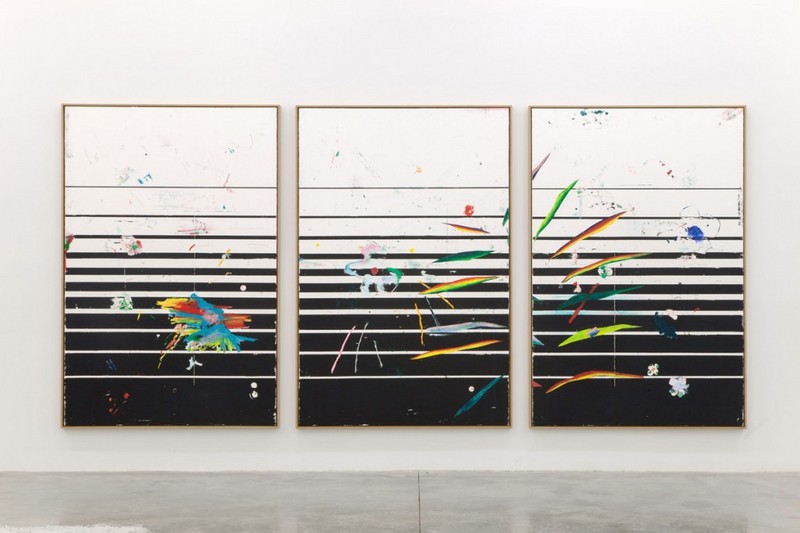 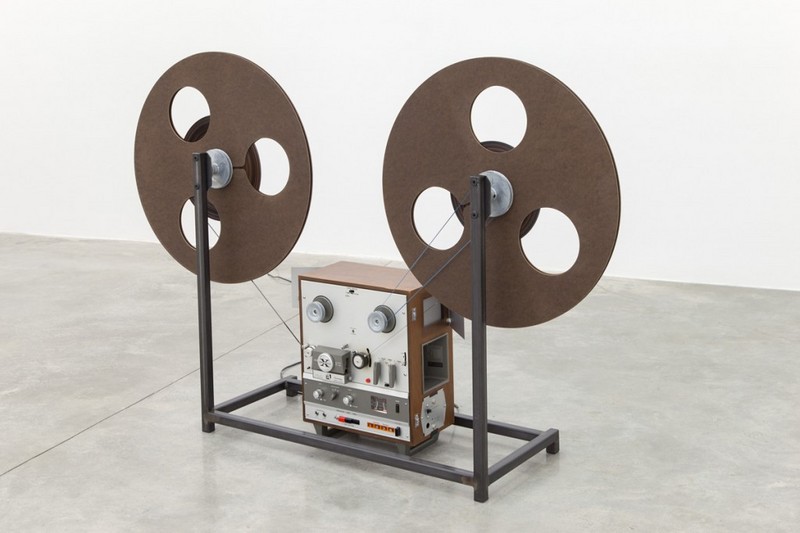 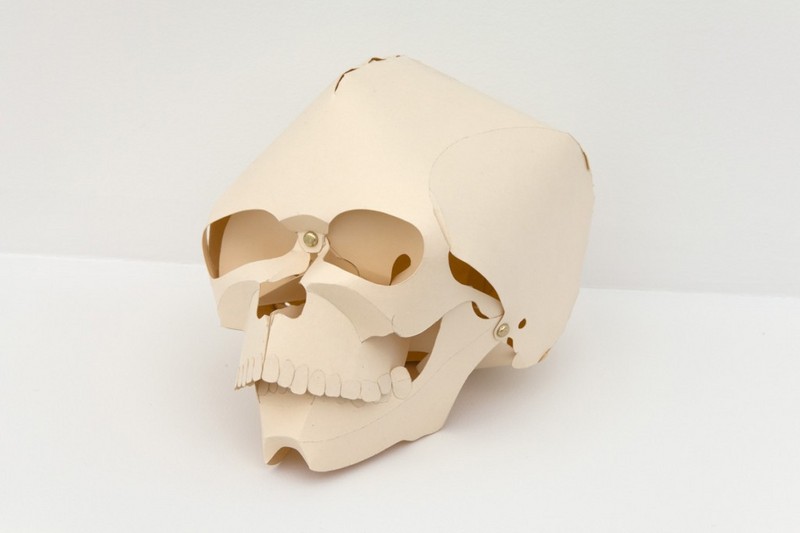 Mateo López’s work is an investigation of drawing itself, and the spaces between its mental and physical actions. Crucial to this is an examination of how drawing moves from line to form and object and a conflation of the boundaries between two and three-dimensions. Through the process of observation itself, López begins a dialog between two seemingly opposed motivations: the making of a realistic representation of his surroundings and an investigation of their implications.

López presents a new installation comprised of drawings, sculptures, as well as an animation, an element that is new to his practice. Following a single character – a drafting compass fashioned into a dancer, the protagonist himself presents a contradiction. He is a tool designed for rigidity and precision that instead makes loose, gestural movements. Tracing clockwise or counterclockwise, he begins to form a series of objects: a clock, a door, a globe, among others. Exhibited alongside the animation itself are these artifacts of the dancer’s actions crafted meticulously out of paper, simultaneously suggesting a choreography that creates play and narrative and a drawing extending from the second to third dimension.

Harold Ancart’s work recombines and repeats familiar tropes and forms in a series of permutations, functioning almost as a stutter. Ancart has previously created works in which lines of pure pigment traverse the walls of the exhibition space, as well as found images of pools and tropical landscapes that have been sullied with burn marks, all sharing a sense of immediacy in their creation – the laying of a mark or a gesture.

Ancart continues his previous explorations in an ongoing series of large-scale drawings. Pre-cut forms of vegetation are layered onto paper as he creates textural, black and white backgrounds with oil stick. It is traces of their immediacy that are consistent throughout, vestiges of the lush color layered into the negative vegetal spaces are found across the surface. For the first time, Ancart arranges these works as a set, with their compositions sprawling across four panels. Their vibrant foliage and color splashes imply a distance that suggests a fascination with another place. This sense of longing recurs throughout Ancart’s work, finding a parallel in a tension specific to drawing itself – the simultaneous desire to create and communicate a future while acting in relation to the past; a process through which motivations and intentions are continuously reversed. Additionally, he presents sculptural benches that are immediately reminiscent of museum seating, only as ghosts that exist as a skeletal structure.

Kevin Beasley’s work utilizes media including sculpture, photography, sound, and performance to navigate notions of origin and identity. Familiar objects, personal effects and sound elements from various sources are manipulated, distorted, and mixed, acts of removal from their original context that simultaneously investigate their histories. Through this process, they are broken into minutiae and partial forms and also expanded – gaining resonance and new meaning.

For the exhibition, Beasley has sourced approximately 4000 cassette tapes from family, friends, record stores and the Internet. Ranging from commercially sold audiobooks, popular music, independent labels, mixtapes, and home recordings, they have been cut and spliced together to create 52 reels, holding approximately 40 hours of sound and music each. These reels exist as mixes – combinations of various sounds by a number of authors that play constantly during the gallery’s opening hours, corresponding to a cycle of human consistency. Spanning intentions, genres, and decades, the resultant sound demonstrates a complex relationship with the history of the work’s materials. Their obsolescence at the same time triggers a series of familiarities and emotional connections.

Played through a reel-to-reel player, an incompatible device, both sides of each tape are heard at once. Interrupting even the most familiar of referents is a layered, alternate track (albeit played in reverse), an ambiguous and sometimes unintelligible sound that asserts itself as an unknown entity. The work hinges on the presence of a listener yet the exhibition itself represents only a partial span of its length with the same sound never played twice. Over the course of the exhibition, performances by Beasley and invited guests will occur in the space, with a live recording made on the reels. Replacing the previous recordings, these newly introduced elements contribute to the ever-evolving nature of the work and its experience; it is growing and deteriorating at the same time.

Mateo López was recently a participant in the Rolex Mentor-Protégé program alongside William Kentridge. In 2013, his work, A Trip from Here to There, was the starting point for an exhibition of the same title at the Museum of Modern Art, New York. Recent solo exhibitions include Travesía Cuatro Gallery, Madrid, 2013, Casas Riegner Gallery, Bogotá, 2012, Galeria Luisa Strina, São Paulo, 2011 and Gasworks, London, 2010. Group exhibitions include: Museum of Fine Arts, Boston, 2013, The Art Gallery of York University, Toronto, 2013, The Drawing Room, London, 2012 and the 8th Bienal do Mercosul, Porto Alegre, 2011.

Kevin Beasley is currently an artist in residence at the Studio Museum in Harlem. He will participate in the 2014 Whitney Biennial, curated by Anthony Elms, Michelle Grabner and Stuart Comer, opening March 7. His work was included the 2013 Queens International as well as group exhibitions at Museum of Contemporary Art, Cleveland, 2013, and The Studio Museum in Harlem, New York, 2012. His work “I Want My Spot Back” was performed at the Museum of Modern Art, New York in 2012 as part of Ralph Lemon’s “Some Sweet Day.”
www.caseykaplangallery.com