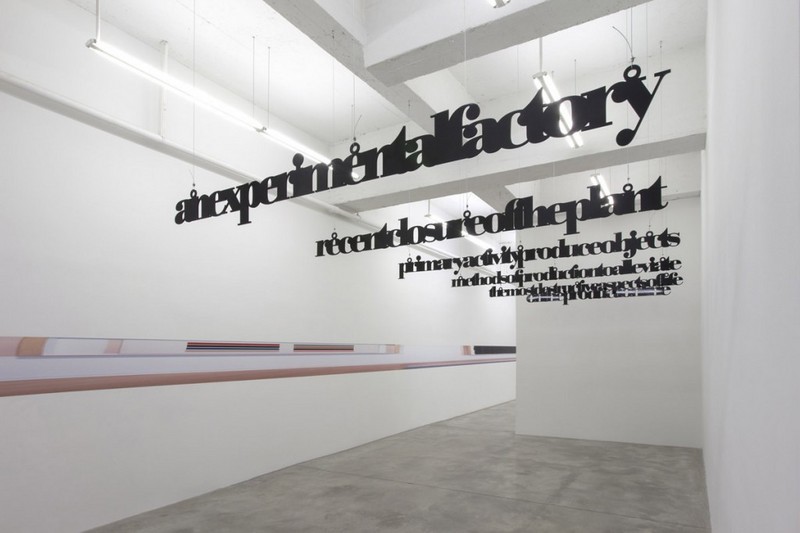 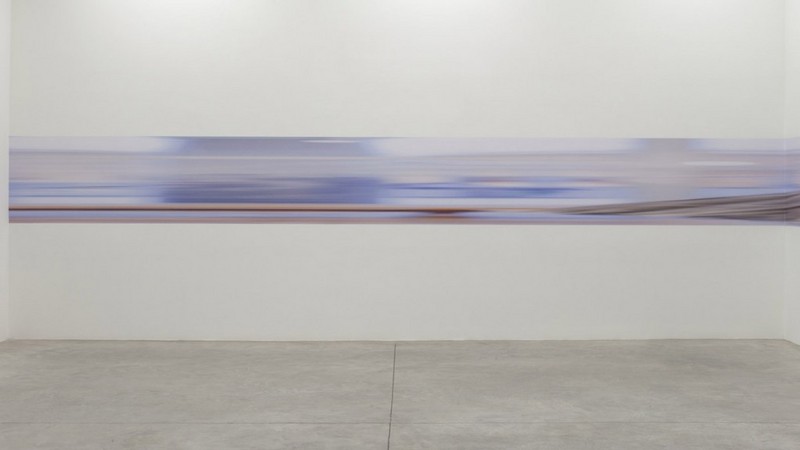 Casey Kaplan is pleased to present an exhibition by Liam Gillick and Louise Lawler. Lawler’s work provides a critical examination of the way art is displayed, documented and reprocessed. Gillick uses many strategies to examine the tension between modes of production and the legacy of abstraction.

This exhibition marks the first time that Gillick and Lawler have shown together, and is the result of a simple idea: to have two artists show alongside one another in the same space. Here, Gillick and Lawler operate in parallel – Lawler occupies the walls and Gillick hangs his work from the ceiling. The dates of the exhibition determine its parameters. The artists then produced two extensions – one via text and the other through images – that both address time without resorting to time-based media. Working with others is vital to both artists’ practices, producing a welcome shift in their individual focus and concerns. Lawler has worked most notably in the past with Allan McCollum and Sherrie Levine. Gillick recently produced an exhibition with Lawrence Weiner, A Syntax of Dependency, at the Museum of Contemporary Art in Antwerp, Belgium.

Lawler’s work takes two significant images from her archive and stretches them at eye-level around the perimeter of the gallery space. Both images are of institutionalized artworks. The first is focused on the space between works by Carl Andre, Richard Serra and Gerhard Richter. The second image is of an Edgar Degas sculpture of fourteen year-old ballet dancer, Marie Geneviéve van Goethem, photographed and cropped from behind. Once placed and pulled, they transform into smeared abstractions, occupying a new time and space that is disconnected from the photograph’s originating moment.

Gillick’s large-scale, text-based installation, Övningskörning (Driving Practice Parts 1-30), describes a scenario conceived during a site-visit to the town of Kalmar, Sweden where Volvo had first instituted its socialistic approach to auto-manufacturing in a now-defunct factory. Formatted as an outline for a book, the work consists of key sentences from the text that are cut from aluminum and suspended from the ceiling. The narrative imagines how production could be controlled following the breakdown of organized systems. Its compressed reading can only be had while moving through the gallery, following the blurred and stretched images on the walls.

Louise Lawler (Born 1947, Bronxville, New York) lives and works in New York. A retrospective of the artist’s work is currently on view at the Museum Ludwig, Köln through January 26, 2014. Louise Lawler has had one-person exhibitions at the Wexner Center for the Arts, Columbus, Ohio (2006); Dia:Beacon, Beacon, New York (2005); the Museum für Gegenwartskunst, Basel (2004); Portikus, Frankfurt (2003); and the Hirshhorn Museum and Sculpture Garden, Washington, D.C. (1997). Her work was included in Documenta XII, Kassel, Germany and the 1991, 2000, and 2008 Whitney Biennials, New York. Lawler’s work is held in the collections of the Museum of Modern Art, the Whitney Museum of American Art, the Guggenheim Museum, LACMA, the Art Institute of Chicago, and Tate Modern, among others.
www.caseykaplangallery.com