Hlysnan: The Notion and Politics of Listening 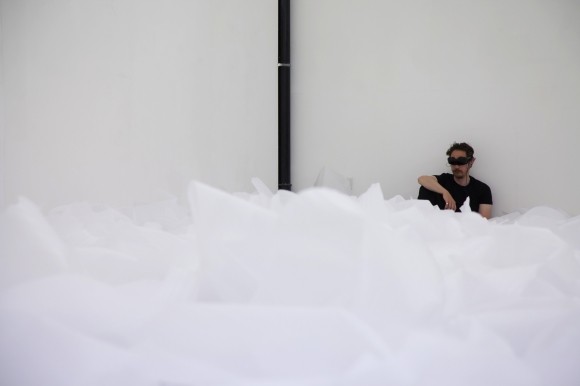 Sullivan and Flint
The Thing Is, performance at Motorcade / FlashParade in Bristol, 2012
© Thomas Heming.
HLYSNAN: THE NOTION AND POLITICS OF LISTENING
17 May - 7 September 2014

In the Old English word hlysnan, "to listen", the focus is on the notions of attention and intent. Similarly the emphasis in the project HLYSNAN: The Notion and Politics of Listening lies on the active act not merely of hearing - usually referring to automatic or passive sound perception - but rather specifically on listening; hearing with intent.

Listening requires intensified concentration and attentiveness towards what one is listening to; it is linked to the notion of desire, anticipation and understanding, a striving for a possible meaning. HLYSNAN: The Notion and Politics of Listening understands listening as agency, as gesture, as attitude and as taking a position. The exhibition attempts to reconcile audio practices with contemporary social and political realities and invites the visitor to actively experience, listen and engage with the sense of hearing to the various complex interplays.
www.casino-luxembourg.lu