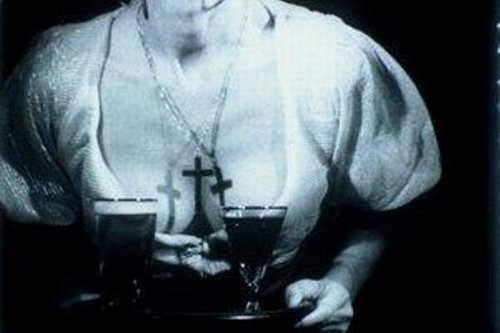 
“It is not easy for art, which has no movement, to produce an action whose movement creates the whole soul.”


Nathaniel Hawthorne’s short story, Ethan Brand (1850), traces the domestication of the image imbued with life and soul. The main character, Ethan Brand, returns to his village after an eighteen-year search for the ‘unpardonable sin’. Back home, Brand realises that his own lonely, intelligent and heartless gaze that changes a subject into an observed object, is in fact the unpardonable sin that he was searching for: the gaze that disenchants the world. At the brink of modernity, in Hawthorne’s pessimistic worldview, this new cold manner of observation cannot produce fulfilment but only provokes alienation: hallucination, disenchantment and fear take hold of the subject. Only a few decades earlier, the French author Donatien Alphonse François, the Marquis de Sade, had developed a literary oeuvre that, in opposition to Hawthorne’s, embraced (scientific) observation as part of the modernity of the Enlightenment but at the same time used logical argumentation related to rationalism to the point of absurdity (unveiling reason's weaknesses). The transition from his notoriously perverse sexuality to his transgressive literature brings into play a cluster of new symbolic relationships, i.e. the possibility of discovering within the fantasised act a symbolic world that finds textual expression and fulfilment through literature.

The motivation for the exhibition at castillo/corrales was to initiate in-depth research on the possibility of an ‘aesthetics of disenchantment’. An Unpardonable Sin wants to address the way in which perversion can be an aesthetic category without necessarily being a moral one. What could be the unlikely chance for exhibitions that refuse to account for their existence in the face of the demands and expectations of the contemporary economical and socio-political realm, and the attempts to create relationships between people over and above institutionalised and capitalist relational forms?

One wonders if aesthetic negativity could form a space or an experience not to be contained in the margin of a cultural condition, where strategies of negation and reversal have gradually lost their true meaning and capacity? So many artists today capitalise on anachronistic, token forms of revolt, which read as queasy nihilism with agitated rhetorical gestures in a hollow aim to save a last bit of democracy. Sade struggled with the paradoxes of the bourgeois principle of formal equality, adding the right of pleasure to the classic canon of human rights. His ‘democracy of pleasure’ fails because democracy can only be a democracy of subjects: there is no democracy of the object. The realms of fantasy – and here we can carefully add aesthetics – and symbolical law are incomparable. In other words, imagination inherently resists universalisation since it is the manifestation of one’s most intimate and individual way of structuring the ‘impossible’ relation to an object.

Through a research of detachment, the exhibition An Unpardonable Sin could take position in relation to fundamental sentiments such as the interpersonal and the philanthropic, which in the art world are often turned into a (condescending and useless) do-good and feel-good moralism. Could we try to invoke the laughter of resistance in an attempt to squeeze some measure of freedom out of the vicious circle of the subversive (wherein each critical position in the cultural field is not only immediately absorbed but also transformed into a cultural good)?

An Unpardonable Sin wants to be a mental space that informs us about ourselves – uninvited. Things do not necessarily reveal themselves as truths and the exhibition does not serve as a promesse de bonheur. In that sense, this exhibition does not provide solace though it wants to indulge in (aesthetic and other) pleasure.