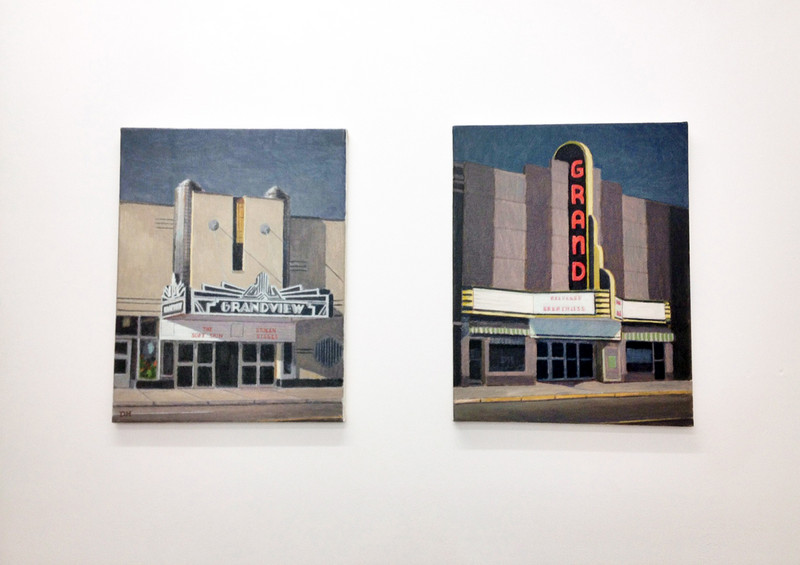 “Gee – How come I didn’t have that idea myself?” exclaimed Andy Warhol when he first saw the work of Duncan Hannah in 1976.

After having encountered Patti Smith and Tom Verlaine at Sutters, the French pâtisserie where he worked on 10th Street in New York, Hannah became one of the most notable of the decadent dandies at CBGB’s and Max’s Kansas City, an arbiter of style and major witness to punk and ‘No Wave’. A large part of his life of that period—between the Factory, the Chelsea Hotel, and such friends as Brian Eno, Nico or Richard Kern—is recounted in Please Kill Me by Legs McNeil. As an artist Hannah took part in seminal exhibitions of the period: “The Times Square Show” in 1980, curated by Colab; “New York/New Wave” at PS1; and the exhibition organized in 1981 in Brussels by the magazine Soldes, featuring the band Tuxedomoon.

A born romantic, born indeed in the hometown of Scott Fitzgerald, Minneapolis, Hannah began painting as a child. His first love was rock music, creating a series of local garage bands with himself as drummer and even smoking his first joint at age fourteen with Janis Joplin. He came to Bard College in 1971 where he worked under the combined auspices of Edward Hopper and Balthus, following the advice given to him by Hockney, “Drop the gimmicks.” Whether painting smiling pin-ups, pensive adolescents in Nouvelle Vague Paris, or his favorite movie stars, behind these postcard-perfect landscapes lies a persistent uncertainty: this idealized world will not end well at all. And it is forever lost.

How did we not have this idea ourselves? Thanks to Adrian Dannatt, the curator, castillo/corrales is proud to present the first solo exhibition of Duncan Hannah in France. The show gathers a selection of paintings, drawings and collages, and will be accompanied by a screening of extracts from some of the many films in which he has acted; beginning with Unmade Beds (1976) by Amos Poe, in which he co-stars with Debbie Harry, and The Foreigner (1978), also by Poe; but also Art for Teachers of Children (1995) by Jennifer Montgomery; and Hellaware, just completed by Michael M. Bilandic and a very young Brooklyn crew, and slated for distribution next year. The exhibition will be accompanied by a genuine ‘punk’ fanzine on Hannah, created uniquely for this show by Adrian Dannatt.