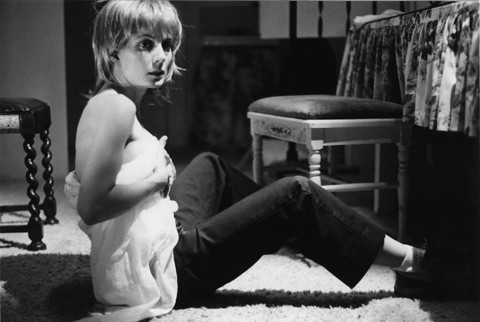 Entr’acte looks at artists who adopt and often invert elements of theater and dramaturgy in their work. By invoking an understanding of the entr’acte as an agile form that exists between and often in productive tension with more elaborate and established formats, the exhibition considers how such themes as persona, set design, plot, epiphany, and acting the other are upended and fragmented in the artist’s respective practices. Literally indicating the time in between acts in 17th century French Baroque theater1—but also the moment between a given gesture or action — the entr’acte as a form stems from that moment when the stage is emptied out for set or costume changes during an opera or play. In order to fill the time so as not to completely halt dramatic action, or, to help transition the mood from one act to the next, an ‘entr’acte’ would unfold before a simple backdrop with a minimum of props; embracing the economy of the gap and the leverage of interval, the ‘entr’acte’ occupies a space between denouement and spectacle, effacing and dispersing the subjective identification and vitalist discoveries often associated with theater.
Taking up divergent yet complementary approaches to what philosopher Alain Badiou has argued is constitutive of cinema, namely “a procedure of theatrical sampling,”2 the exhibition features works that embrace filmic tropes in maintaining a formally adjacent relationship to pathos.
Often imbued with the absurdist patina of plush set pieces for a forever-postponed performance or an intimate scenario that has just passed, Tom Burr’s sculptural configurations hint at and ultimately displace the role of persona (including the artist’s) offering instead the allusive innuendo of surface, historical anecdote, and décor. David Noonan’s large-scale screen-prints on canvas superimpose images from various archival platforms, proposing a dream logic of association and spiritualist montage, a mythology without provenance that enacts a devolved dramatic unity.
A three-second snippet taken from a 1902 film titled Laughing Ben is reanimated by William Pope.L in Cave, 2005, rendering the looped close-up of a black entertainer’s mouth into an oscillating void of both chaos and form. In Goodbye Mrs. Mönipaer, 2003, Rosemarie Trockel offers a cinematic pantomime that explores the psychologically fraught role-playing that can arise between artists and gallerists, studio and market concerns, and private and public selves.
Photographic diptychs excerpted from Mike Kelley’s larger Extracurricular Activity Projective Reconstruction series restage moments of mimetic freedom and self-othering found in high school yearbooks, juxtaposing the altered state of Kelley’s tableaux-like reenactments alongside the original snapshots. The overt yet compromised corporeality of Catherine Sullivan portrays the unlikely rendezvous of actress Louis Brooks and theater critic Kenneth Tynan, keeping the subject perpetually in motion, as it dons and discards itself through a series of deferrals. James Coleman inserts a meditation upon the shifting nature of memory, vision, and narrative.

Entr’acte is curated by Fionn Meade.

1 The entr’acte extends back to the German: Zwischenspiel and Italian: Intermezzo, but most specifically to Giovanni de Bardi and Bernardo Buontalenti’s intermedi, a series of sited performances planned and elaborated in various guises throughout the city of Florence for the 1589 Medici wedding of Christina of Lorraine and Ferdinando I de' Medici, Grand Duke of Tuscany.
2 Alain Badiou (trans. by Albert Toscano), A Handbook of Inaesthetics , Stanford University Press (2004), p.82
www.catherinebastide.com