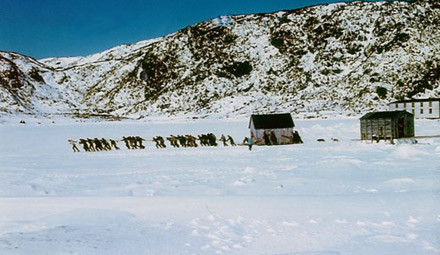 Featuring works by Libia Castro & Ólafur Ólafsson, John Akomfrah and Meriç Algün Ringborg, Germans, Speak German! will present an exploration of current migration issues, such as the border zone, the state of nationalism in Europe today and the personal endurance of physical uncertainty in light of increasing levels of bureaucracy.

The exhibition will focus on those who have remained (voluntarily or otherwise) in their home country, taking the German notion of heimat as an initial reference point. An indefinable and largely untranslatable concept, heimat is concerned with the homeland, a world within another, which binds a person to a specific place by birth, childhood, lineage and language.

Germans, Speak German! has been curated by Mother Tongue, a research-led curatorial project initiated in 2009 by Tiffany Boyle and Jessica Carden, in response to individual periods of investigation in northern Scandinavia and West Africa.
www.cca-glasgow.com