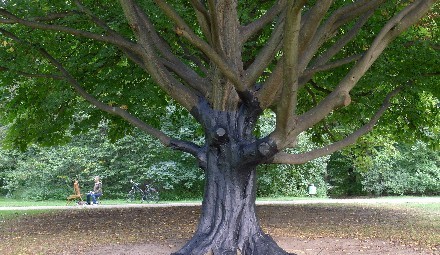 MARIANA CASTILLO DEBALL
What we caught we threw away, what we didn't catch we kept
6 April - 18 May 2013

CCA presents a new solo show by one of Mexico’s most exciting artists. Mariana Castillo Deball is interested in the biography of objects. Her practice provides, in her own words, a ‘kaleidoscopic approach to language’ wherein she adopts methodologies from other disciplines to develop ‘an intermediate game between science, storytelling, fiction and visual arts’. Approaching these ideas playfully, Deball always retains the potential of humour within her work, exploring the varying ways that different disciplines describe the world, and how they often collide with each other to generate a polyphonic voice.

This exhibition presents the results of an intense period of research at the British Museum in London and accompanying residencies in Cove Park. Taking historical and archaeological Mayan writing and objects as a starting point, the exhibition guides us through the work of explorer and archaeologist Alfred Maudslay, Scottish artist Eduardo Paolozzi and anthropologist Alfred Gell who all developed various techniques to analyse diverse cultural objects. Deball responds to their investigations by offering a new body of work of her own which examines modes of objectification within visual cultures and the relationships it produces to ‘agency’, so often attached to various disciplines of artistic, ethnographic and historical nature.

The artist doesn’t simply reactivate the legacy of Gell, Maudslay and Paolozzi by celebrating forgotten ideas, instead she embraces the transformative potential objects can exert. Acknowledging that objects contribute to ‘factual’ knowledge about cultures, languages and societies, Mariana Castillo Deball constructs an active and almost ungraspable parallel that focuses our attention on how our image of different cultures is determined by the filter of objects.

What we caught we threw away, what we didn't catch we kept has been organised in close collaboration with Cove Park and Chisenhale Gallery, London where the show will open in May 2013.
www.cca-glasgow.com