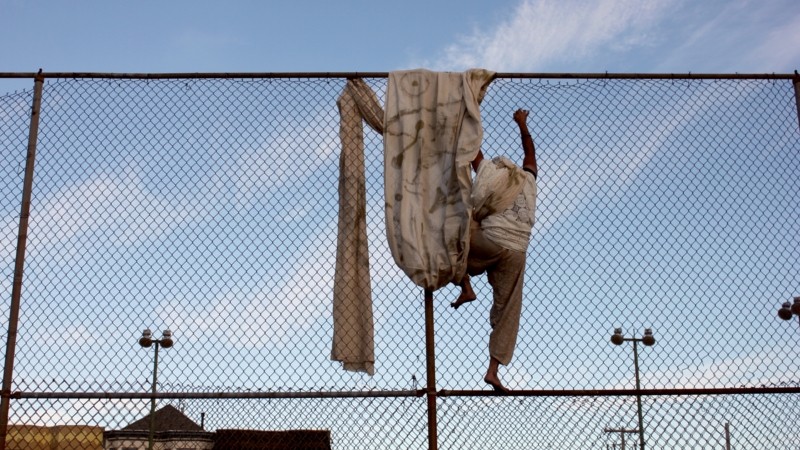 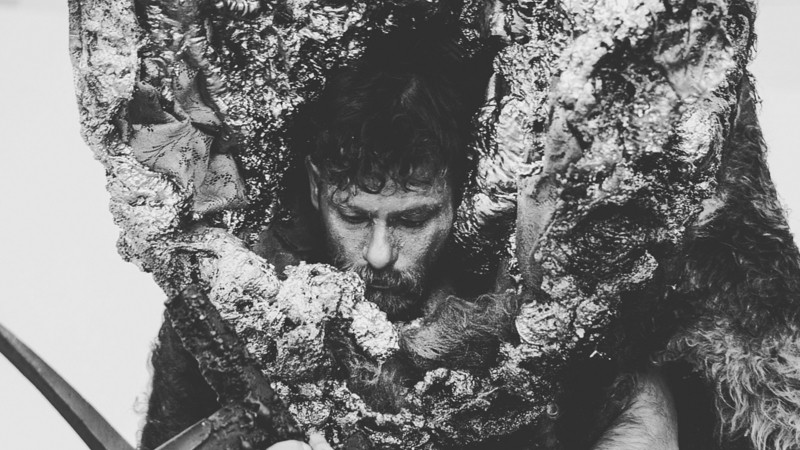 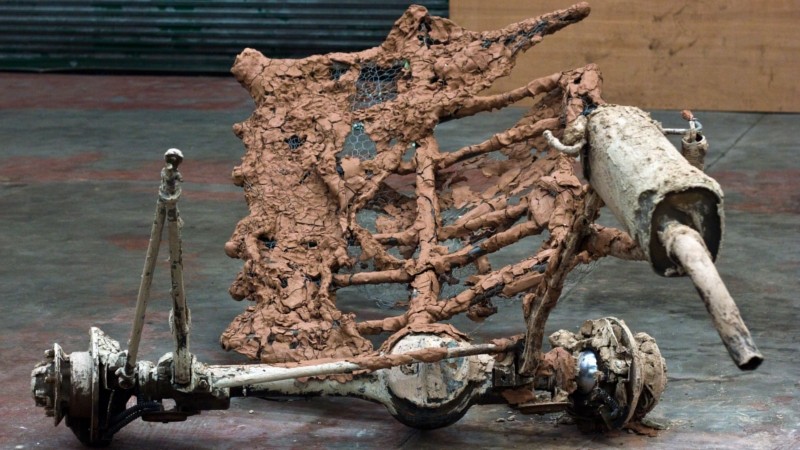 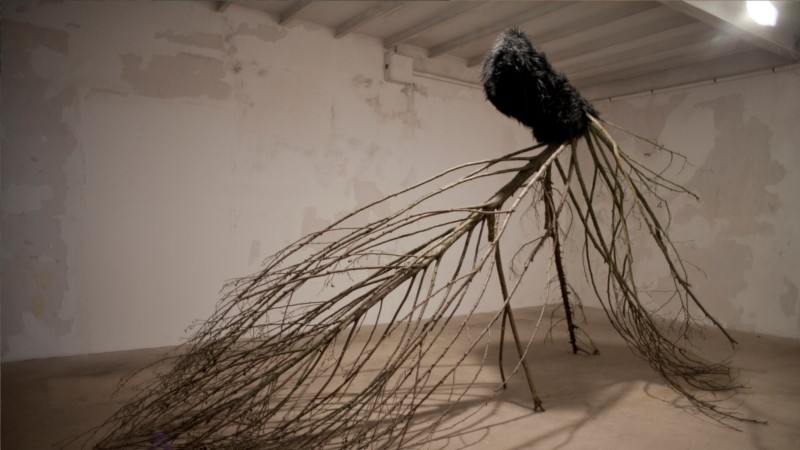 Cove Park and CCA invited Mumbai-based artist Sahej Rahal to spend ten weeks in Scotland this summer. Since July, Rahal has been developing a new body of work on residency at Cove Park to be presented in CCA’s gallery spaces as his first solo project in Scotland.

Rahal works with a range of media including performance, video, installation and sculpture to explore the imagined destruction of the world as we know it. His work draws upon sources ranging from local folk legends, political events and science fiction – which are brought into dialogue with one another in the space – creating an elaborate and absurd mythology of imagined futures. Using discarded objects found in present day Scotland, Rahal creates artefacts which act as portals to a multitude of different times and spaces.

The exhibition emerges from a grimoire and a collection of artefacts excavated from an imagined land – Barricadia – charting its borders and histories. The objects and narratives that construct this place repurpose and stitch together fictional encounters upon historical fact and contemporary events from India. The exhibition is part of a wider episodic dialogue about his practice, where sculptures and performances have been expanded and remade across a series of exhibitions, firstly at Primary, Nottingham in 2017 then travelling to MAC,
Birmingham in 2018.

Cove Park and CCA have developed several international projects together in recent years. In 2008, Mexican artist Abraham Cruzvillegas was based at Cove Park for three months and the work produced resulted in a solo exhibition at CCA and the publication Autoconstrucción. In 2012, and in partnership with Chisenhale Gallery, London, Cove Park hosted Berlin-based artist Mariana Castillo Deball and work developed during her residency was exhibited at CCA and Chisenhale Gallery.