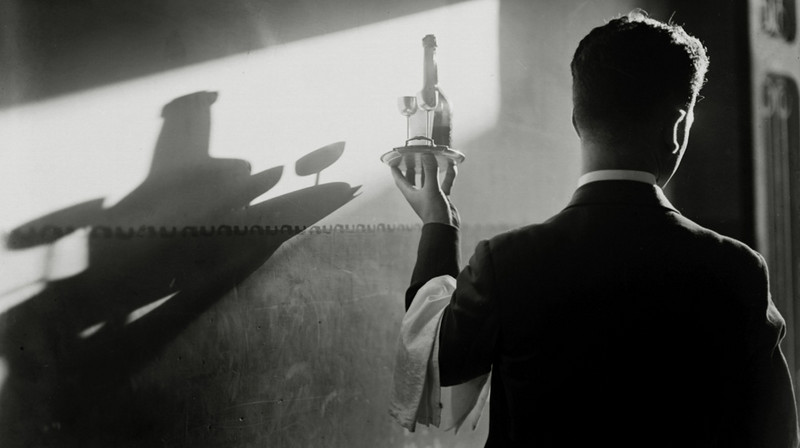 Arissa. The Shadow and the Photographer, 1922-1936 is a journey through the artistic career of Antoni Arissa, one of the most influent photographers of the catalan history. The exhibition, divided in three parts, explores the origins of the artist, and also, it ventures into his most prolific time, when he got into the photographic avantgarde, in the 30s. Arissa. The Shadow and the Photographer, 1922-1936 contains more than 160 photos in black and white from that artist that played stunningly well with the light and the shadows. A "first class" photographic archive.

Antoni Arissa (Sant Andreu 1900 – Barcelona 1980) was probably the photographer who used in a more interesting way the principles of the New Vision in our country and is one of our most outstanding photographers. The gradual implementation of the principles of typophoto, promoted by Laszlo Moholy-Nagy, led to the birth of a new visual language in which photography became the substitute of drawing, renewing the design of posters, books, magazines and newspapers. Arissa, a printer by trade, working from Barcelona, was fully in this trend.

The exhibition comprises more than 160 works in black and white that cover his career through three stylistic blocks: the first represents his initial phase as a photographer within the trend of pictorialism (1922-1928). The second block, extending to the early 1930s, comprises photographs which, while continuing literary, narrative and symbolist themes, also incorporate modern visual solutions. The third block (1930-1936) presents an Arissa who is fully incorporated in the ranks of avant-garde photography, with images that obey the principles of the European New Vision.

The photographs in the exhibition come from the collections of negative preserved by the Fundación Telefónica and the Institut d’Estudis Fotogràfics de Catalunya and incorporates few runs made by the author that remain on paper. The project culminates the efforts of the Fundación Telefónica in recovering photo files, work started with the photographic archive of the company and subsequently expanded with photographers such as Luis Ramón Marín, Josep Brangulí (whose works where exhibited at the CCCB in 2011) and Virxilio Vieitez.

By presenting in parallel the projects Arissa. The Shadow and the Photographer, 1922-1936 and Shadowland we relate two artistic adventures that, a century apart, are connected by composition and light research.
www.cccb.org