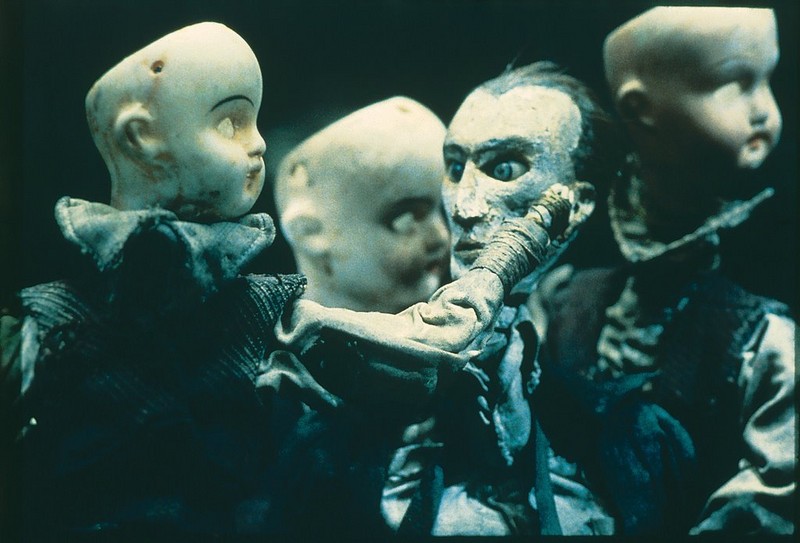 Franz Kafka, James Ensor, Bruno Schulz, Arnold Böcklin, Alicia, Sigmund Freud, Lotte Reiniger, a collection of insects, the films of Charles Bowers, the Brothers Grimm, Salvador Dalí, Felisberto Hernández, J.J. Grandville, Goya, Buñuel, Jacob Von Gunten and an anatomical Venus made of wax – what are they doing together?
Metamorphosis presents the work of four key figures of animated films. Although they are little known by the greater public, they have been, and are, enormously influential and, indeed, essential references in different fields of contemporary creation: the Paris-based pioneer of Russian animated films, Ladislas Starewitch (1882-1965), the Czech maestro Jan Švankmajer (1934) and the unclassifiable Quay twins (1947), whose work has recently been recognised with an anthological exhibition in the MoMa, New York.
The exhibition oscillates between the worlds of the artists as individuals and their shared universe. Its guiding principle is a journey through their film-making careers and the items they have constructed in order to make their films or in relation with them: sets, marionettes, drawings and objects. These come with a significant number of literary, artistic and cinematographic references, which simultaneously demarcate the areas of affiliation upheld by these artists: the fairy story, terror tales, the realm of dreams, cabinets of curiosities, pre-Enlightenment science, alchemy, magic, and conjuring. This imaginary world roams from dark romanticism, through symbolism and surrealism, to our own times, especially by way of the so-called fringe genres and, in the hands of these film-makers, they are all revealed to us in their most radical modernity.
The exhibition aims to rediscover and awaken curiosity about this brotherhood of artists and we believe that – with their radical approach, their imagination and their particular stance – they could profitably be re-read and their subversive potential duly contextualised in the framework of our cultural present. The “Metamorphosis” experience – the exhibition, and its activities (film cycle and lectures) – offers a chance to reflect on the curiosity/knowledge nexus and the new role of the marginal in contemporary creation.
This is the first time that the work of these four artists has been presented in any detail and depth in our country. Yet what makes the exhibition a truly international event is the fact that the work of these creators, who are engaged in explicit dialogue, is being brought together in one single project: the Quay Brothers acknowledge that they are admirers of Jan Švankmajer, and all three relish the company of Starewitch.
On the occasion of the exhibition, a publication will come out including texts by Jordi Costa, Brian Dillon, Andrés Hispano, Carolina López, François Martin and Pascal Vimenet.
www.cccb.org