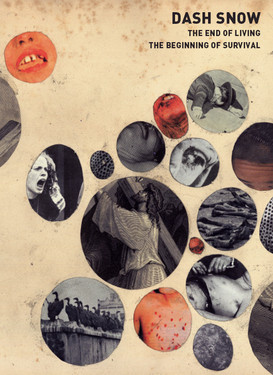 Contemporary Fine Arts is pleased to announce the first solo show by the American artist Dash Snow in Germany.

The “brand” Dash Snow established itself years ago in New York: as a tag on every empty wall in the city. At sixteen, he organized a group of sprayers that called itself Irak—in graffiti slang, “to rak” means to steal, which became Snow’s life principle at that time. Always operating at the limits of social norms and his own physical capacities, the search for a social counter model or rather life model has informed all his work ever since.

His Polaroids, which have often been integrated in fanzines, taken during nightly excursions, always thematize marginal aspects of urban youth culture. Recently, these documentary views of an environment that is experienced excessively have been succeeded by political collages that address the wild-west policies of the American government. In their understanding of visual anarchy, Snow’s works are linked conceptually to the Dada traditions of Hannah Höch and John Heartfield. Formally, too, the collages seem to belong to a different time. Snow subjects all his materials to a scrupulous aging process that takes the works to the limits of their substance, and thus underlines their theme: finiteness. At the same time, his fragments from antiquarian and current sources seem timeless.
In the exhibition at Contemporary Fine Arts, The End of Living... The Beginning of Survival, Snow once more celebrates the fall of humanity. Addressing themes like violence, death, drugs, sex, politics, and religion, his collages and assemblages evoke decay and deconstruction, which are however celebrated with relish in their glamorous aesthetics. With the installation of his Book Fort, literally a fortress made of books, he offers a strategy of withdrawal. In his assemblages, on the other hand, he combines instruments of attack: knives, chainmail, riveted gloves. They rest under fragile glass domes, decommissioned and yet their aggressive potential visible to everybody: a menacing threat to the beholder.