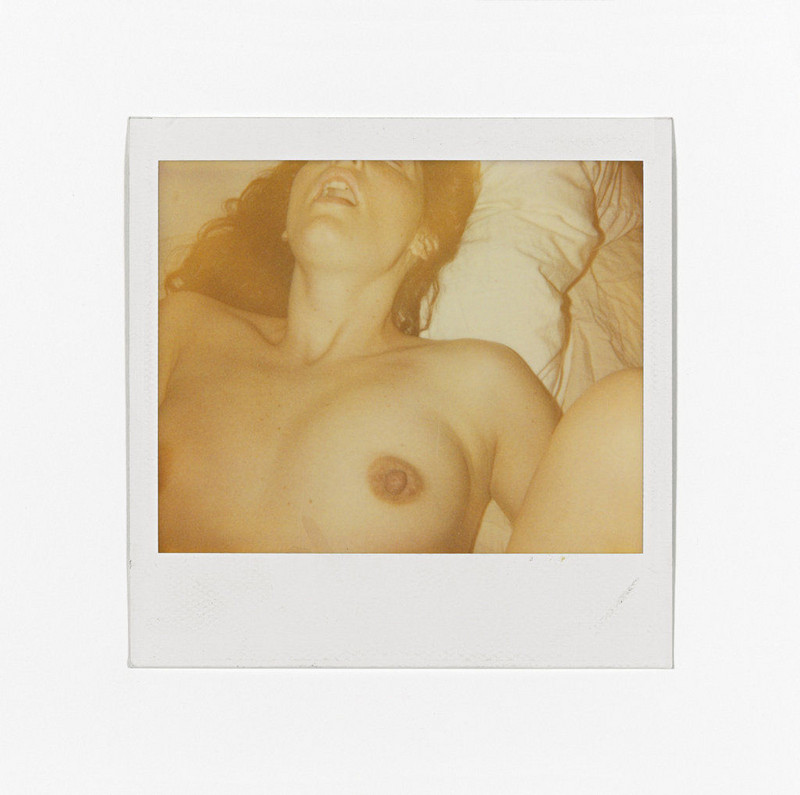 Contemporary Fine Arts is pleased to announce the second solo exhibition showing works by Dash Snow (1981-2009). Mary Blair Hansen of the Dash Snow Archive curated the show that is comprised of two elements: a film and a selection of original Polaroids.

Snow archived roughly 8,000 of his Polaroids but showed small groupings of the originals only three times during his life (most people are familiar with them by way of 147 scanned and enlarged C-print editions). Proving to be his entrée to the art world, it was fabled that Snow used the Polaroids to document experiences he might not otherwise remember due to intoxication. This sensationalism justly grabs hold of Snow’s most lurid subject matter as well as his nostalgic bent. It also fails to acknowledge the strange and reflexive intimacy Snow imparted by both presiding over and participating in the photographs.

The groupings on view here (totalling over 400 original Polaroids) show the breadth of experience the artist compulsively chose to document. From the banal to the extreme, from the melancholy to the ecstatic, each photograph would seem to buttress a facet of the artist’s uncommon experience. That he began shooting these pictures roughly at the time of 9-11 (when Snow was 20 years old) is not immaterial. Images of Snow and his friends writing graffiti, flashing guns, making out and making art all give us a larger picture of the wiliness and abandon that would propel his circle after the attacks.

Also apparent in these pictures is Snow’s capacity to take custody of his surroundings, slinking himself into impossible moments with his camera at the ready. Sometimes these are moments of calamity and repulsiveness that would seem far too fleeting to capture: a fall, a vomit, a primordial stare. In other examples, he was audaciously present during his own or others’ sexual encounters. This sense of exceptional intrusion is also evident in his portraits of “sleepers.” Here, Snow’s own consciousness is locked to the unconsciousness of his subjects – be they vagrants on the streets or his most beloved friends and lovers. The patchwork of conditions in the sleepers (peaceful, passed-out, defaced, dismal, beautiful) reflects back toward the artist himself, their wakeful beholder.

Snow quickly expanded from the Polaroids that marked his artistic beginning to collage, sculpture, installation, and finally Super8 film, such as Familae Erase (2008), on view here. Made the year before he died, the piece may at first appear as a rough and uncomfortably raw exposure of the artist’s publicized difficulties: his drug addiction and complicated relationship with his prominent extended family. However, moving deeper into the composition of the film, one can discern a master coda to the entirety of Snow’s artistic output. The piece was edited entirely "in-camera," meaning only with the stops and starts of the recording process itself. This approach perfectly illustrates the ferocious immediacy he maintained across all of his chosen media. In Familae Erase, more explicitly than anywhere else in Snow's oeuvre, we see him performing his often stunning and poetic process: the homemade effects with blood, glitter and light; the collage materials, books and pornography swirling around him and beginning to juxtapose; the ritual and cumulative actions of making the sculptures from whatever ruinous materials are on hand. We see him enact a kind of Gothic irrationality and melodrama - all of which could seem to unfold within an interior space as easily as an exterior one.

It is this disregard for the absolute regimes of the hidden and the overt that distinguishes Snow's work. As much as it may offer a portrait, Familae Erase gives us also the defiance of a portrait. In certain moments, Snow seems to put himself vulnerably on display, a prop in his own artwork. In others, we peer over his shoulder into the crucible of his artistic process. In still others, our viewpoint is confounded by darkness and obscurity, forced into abstraction. Similarly, the Polaroids constantly shift the direction of the action; in some images our gaze is trained squarely on Snow as he presents himself intentionally. Elsewhere, our eyes are met “as Snow’s” in the responsive faces of his subjects, smiling at him and therefore back at us – perhaps encouraging us toward a false sense of truth. Just as they would define his era on the Bowery, the unruly synergies of horror and inspiration and of the inner and outer lives are at the core of Snow’s project.