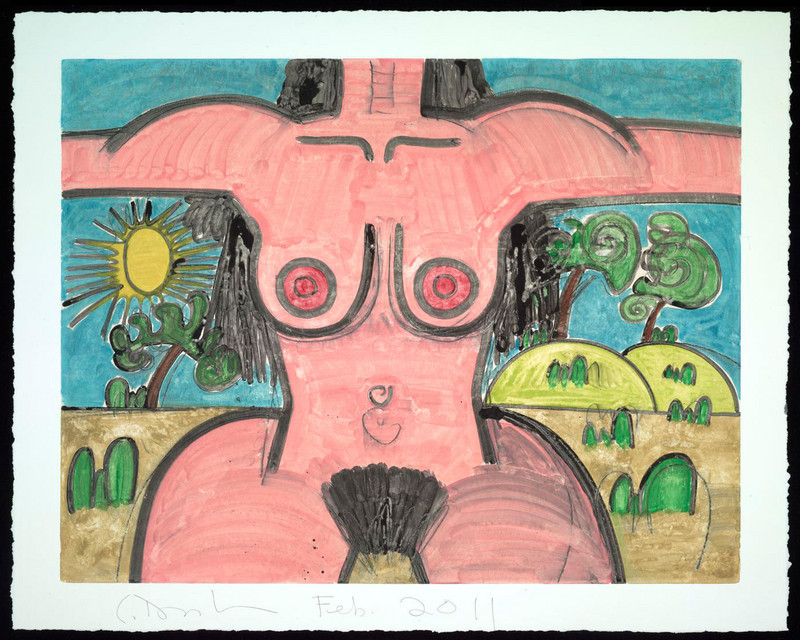 Since the mid‐1990s, Two Palms has been upending codified notions of what a print could or should be, and how it could be made, expanding the roster of tools to include their massive hydraulic press, their laser cutters, giving paper an enhanced physicality, constantly embracing new technologies. Simultaneously they have also rededicated themselves to traditional techniques, ever expanding their expertise in intaglio and screenprint, and reviving nearly‐lost mediums, like the Woodburytype.

The artworks coming out of Two Palms prove that printmaking shows no sign of waning in the new millennium. The studio embodies the kind of openness and risk‐taking that are the hallmark of all Two Palms projects, and a porosity that represents the next step in printmaking’s evolution: simultaneously relying on and exploding tradition; welcoming the incursion of other mediums and materials; and above all, letting the artist’s vision be the guiding north star.

Alongside classical etchings by Peter Doig and Chris Ofili, the largest space in the exhibition is reserved for monotypes by Mel Bochner, Cecily Brown, Carroll Dunham, Elizabeth Peyton, and Dana Schutz. The artists paint on plexiglass or wood plates, then the image is transferred to the paper under extreme pressure using an industrial hydraulic press.
A separate room in the show is dedicated to the works of Richard Prince. These works include Joke on You, a collaged, inlaid joke piece on wood panel, silkscreened collages, a digital pigment print on canvas, and Bad Nurse, a sculpture of satirical pulp fiction nurse novels: the entire Prince universe of the last years is graphically brought together here.

We are proud to collaborate with David and Evelyn Lasry as well as with the participating artists for this exceptional project.