Days of Future Just Past 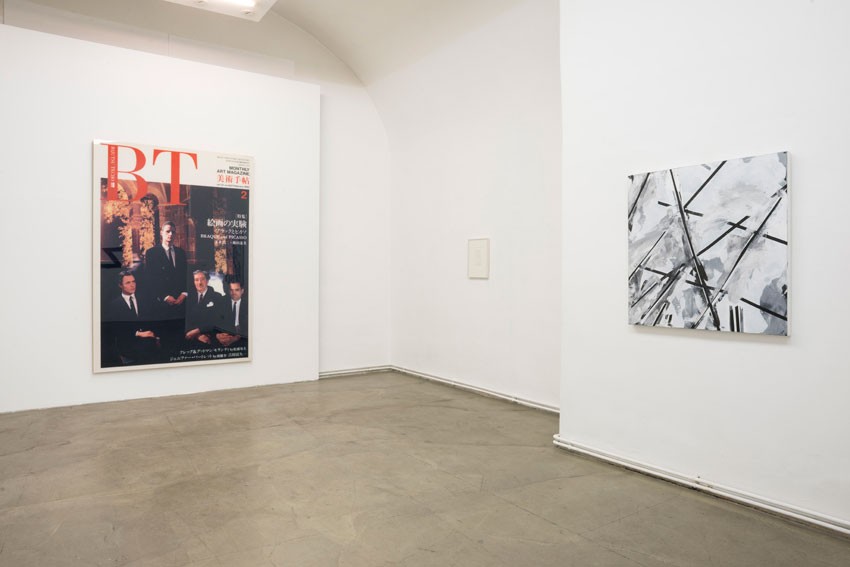 Everyone is familiar with the idea that one of the functions of the visual arts is to articulate space and our mode of existence therein; it is much less obvious that we may expect art to do the same thing with respect to time. Yet a closer look reveals that the visual arts always had temporal interests and that modern art in particular took the concept of time-involved artwork even more seriously than before. Apart from the inherent interest in this underappreciated category, there are other reasons to investigate artworks preoccupied with the concept of time: To begin with, such works tend to orient themselves toward new and original metaphysical issues; in addition, when artworks invoke new metaphysical reflection their own metaphysical nature may change and they turn into objects of metaphysical art. Finally, in a period like ours when it seems that there is major problem with the notion of time itself— when people talk about the end of history and the disappearance of public time—works that aspire to rethink the concept become important to our survival.

The exhibition Days of Future Just Past is not a survey of time-related artwork. It’s a collection of pieces each of which has something novel to say either about time itself, about the relations between art and temporal experience. About the relations of time and space and the ways, objects are transformed in time.

In December 1967, Robert Smithson published his famous essay “The Monuments of Passaic” in Artforum. As if visiting ancient Rome, he illustrated the travelogue in his town of birth with photographs of industrial ruins, deserted playgrounds, and decaying bridges. By 1973, nearly all of the “monuments”—which lacked a past but had only what was considered an uncertain future—had disappeared. As Smithson noted, the now had neither past nor future.

Dan Graham draws on Walter Benjamin’s term “just past” and carries forward with the “extended present”—a present that is a continuation of the “just past”. The performance Past Future Split Attention (1972) inter-shifts time and space. Two people are in the same room, and while one incessantly predicts the behavior of the other, the other person recapitulates the recent past of the other from memory.

The situation is similar in VALIE EXPORT’s closed-circuit video installation Split Video Mobile (1975), which is a feedback/feedahead reflection that allows both the past and the future to be perceived simultaneously. In appropriation mode, Sherrie Levine superimpose her own work onto the work of others, thus demonstrating how photography may always be understood as re-presentation, as something that has already come to pass. In 1987, Clegg & Guttmann used a large-format camera to photograph a fictional group portrait obtaining an image with fine GRAIN. In 1991, a Japanese art magazine placed the image on the cover thereby adding the DOT MATRIX pattern characteristic of offset printing. In 2015, Clegg & Guttmann scanned the cover, thereby obtaining an image with PIXELS. The 2015 artwork thus has a complex structure where GRAIN, DOT MATRIX, and PIXELS are combined—a visible archeology expressing the passing times.

A related issue is treated by Dorit Margreiter’s work Experimentals Noise. She shows so-called interference filters that make digital photos look “old” and analogue. Heimo Zobernig’s Picasso Paraphrase turns Guernica into a structural experiment on discourse in the medium of painting, while Thomas Locher disassembles perception in time, creating a rhythm of numerals that he then engraves in Astralon.

Christian Mayer tells of cultural and biological time capsules, of transformed matter; Mark Dion elucidates the scientific method of collecting, comparing, and categorizing historical material. Josef Bauer views time literally, penning the letter Z and then placing a T next to it, while Markus Schinwald choreographs time in glass display cases in which he has constructed a creaky mechanical tower clock. 4V’s is an acronym for the Fourth Viennese School, to which Beatrix Curran dedicated her performance, which is based on the Second Viennese School of Music. Finally, Marguerite Humeau has reconstructed the voice of Cleopatra in her sound piece. She sings a love song in those long-lost languages once spoken in the world of Ancient Egypt.

Characteristic for many of the works in this exhibition is the fact that the conceptual approach taken is not solely based on text and institutional critique. Instead, the strategies are founded on the orchestration of aesthetic experience. And as to the correlation between this exhibition and Armen Avanessian’s theme of acceleration: the past embraced by the present, with our memory not mirroring the past but rather reinventing it. History is never finished but rather conjures in the present an echo of the future.